Jos Buttler grabbed a brilliant catch to dismiss Marnus Labuschage during the first ODI between Australia and England at the Adelaide Oval on Thursday, November 17.
By Staff Writer Thu, 17 Nov 2022 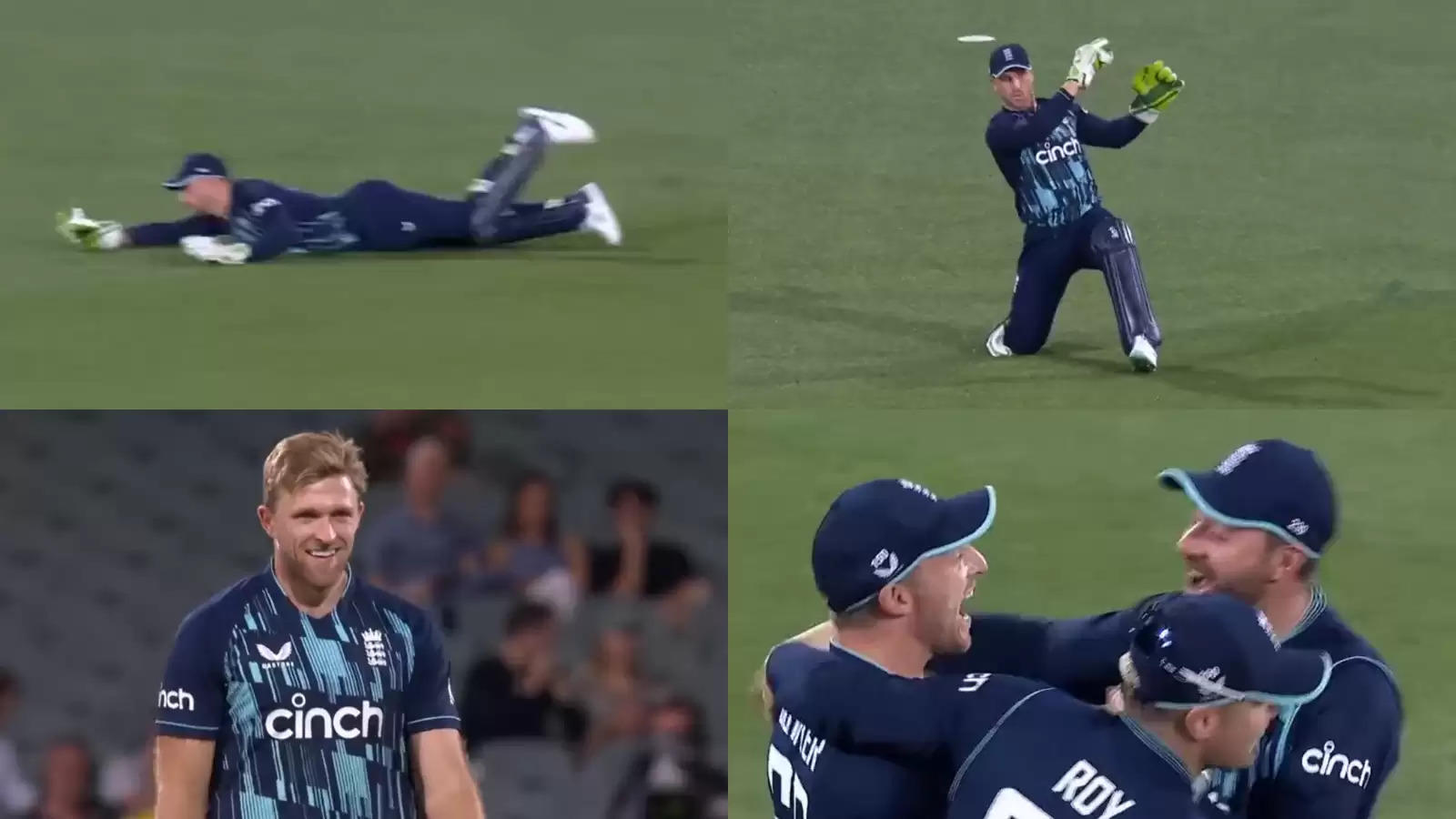 England are back in action just three days after winning the T20 World Cup 2022.

Jos Buttler showcased his brilliant reflexes behind the stumps to dismiss Marnus Labuschagne in the first of three ODIs between Australia and England at the Adelaide Oval on Thursday, November 17.

Labuschagne, who had walked in to bat at the fall of David Warner’s wicket in Australia’s run-chase of 288, poked at one angling away from left-arm quick David Willey on the sixth ball he faced. The outside edge was found, and the ball appeared to be heading further away from Buttler with the angle, but the England skipper dived full stretched to grab a brilliant one-handed catch.

Australia were still placed comfortably at 206/3 in the 31st over at that stage, with Alex Carey joining a well-set Steve Smith.

Earlier, David Warner (86 off 84) and Travis Head (69 off 57) got Australia to a flying start, adding 147 runs for the first wicket in just 19.4 overs. Head was dismissed by Chris Jordan after having struck 10 fours and a six, and Warner too, had a similar boundary count, before being caught brilliantly by Sam Billings at deep square-leg off Willey.

That was after Dawid Malan played the lead in England’s first innings effort of 287/9 after being put in to bat. Willey (34* off 40) and Buttler (29 off 34) were the only other England batters to cross 20.

Notably, the series started just three days after England won the T20 World Cup 2022, defeating Pakistan by five wickets at the Melbourne Cricket Ground on Sunday, November 13. The second and third ODI will be played in Sydney (November 19) and Melbourne (November 22) respectively.