Shakib Al Hasan was clearly displeased with Virat Kohli indicating to the umpire that a delivery was a no-ball and expressed the same to the umpire and Kohli after which the senior players were seen having a big conversation.
By Staff Writer Wed, 2 Nov 2022 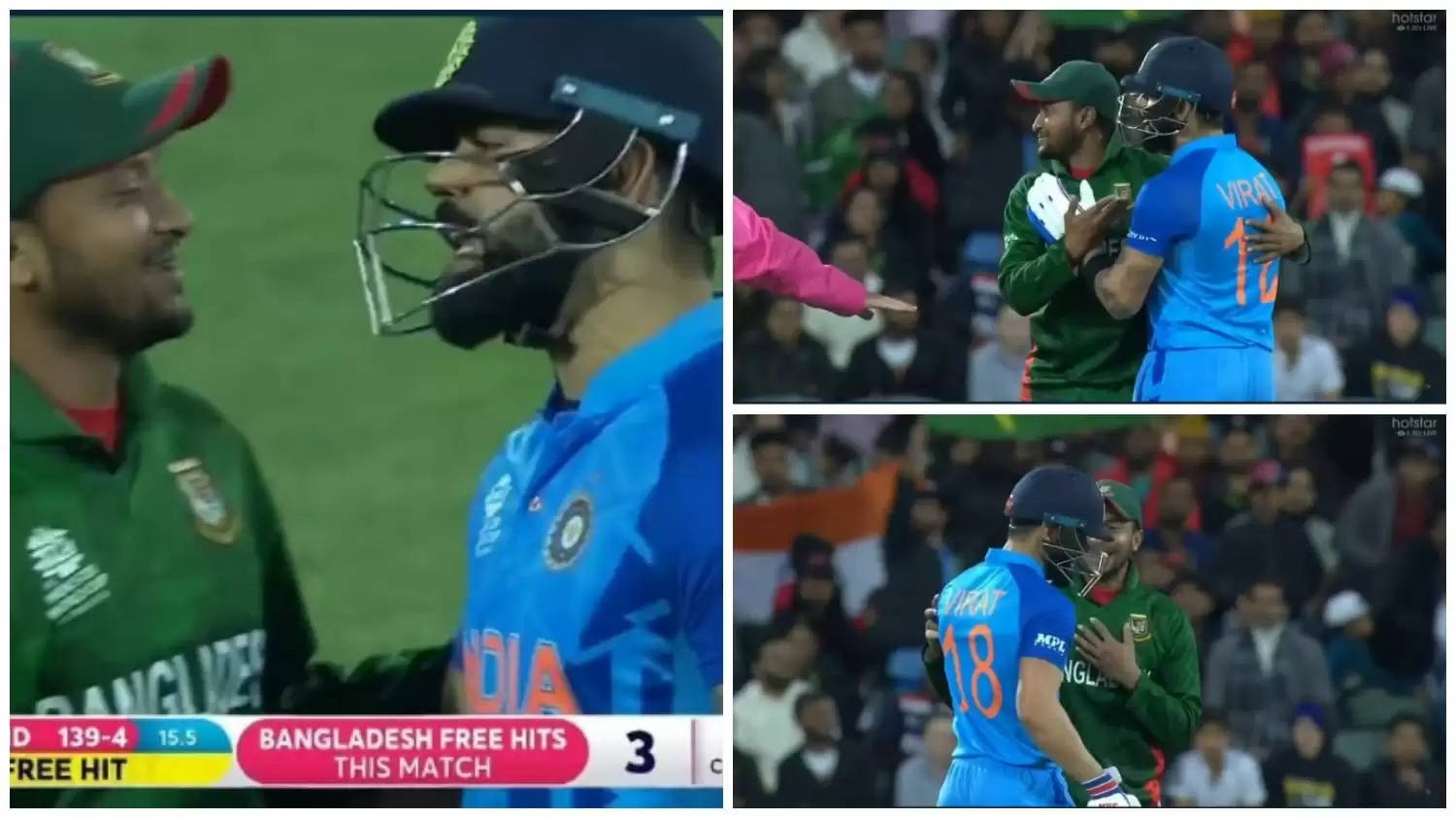 Virat Kohli, who made a brilliant half-century against Bangladesh, was involved in an on-field debate with Shakib Al Hasan over a no-ball call in the 16th over. Off the last ball of the 16th over of the game, Hasan Mahmud landed one really short forcing Kohli to indicate to the umpire that the delivery was probably over his head. The umpire responded with a no-ball call, irking Shakib Al Hasan, who immediately walked up to the player and umpire.

Shakib was seen unhappy over the no ball call and Kohli aiding it by indicating that it was a no-ball before the umpire himself called it. The call was made for it was the second bouncer of the over which had begun with Hardik Pandya being dismissed, guiding a short one to backward point for 5. The batters crossed as Kohli got a single from the pull, and Dinesh Karthik couldn't quite make much of the free hit, with the batters managing a leg-bye.

Earlier, India openers Rohit Sharma and KL Rahul were kept in check by Taskin Ahmed and Shoriful Islam, as the first three overs yielded just 11 runs including a reprieve for Rohit, who was dropped at long leg by Hasan Mahmud. Mahmud redeemed himself in the next over, getting the Indian skipper out caught at gully for 2.

Rahul went on to register a stroke-filled half-century, striking three fours and four sixes during his 32-ball 50 before falling to Shakib Al Hasan. Suryakumar Yadav, who recently achieved the top-position in the ICC Men’s T20I Batting Rankings, struck a breezy 30 off 16, but the mainstay of the innings was Virat Kohli, who registered his third fifty of the competition and remained unbeaten on 64 off 44. Ravichandran Ashwin too, played his part in a six-ball 13*, helping India finish 184/6. Mahmud returned 3/47 from four overs, while Shakib finished 2/33.