Watch: Nicholas Pooran takes a blinder at cover to send Shreyas Iyer back 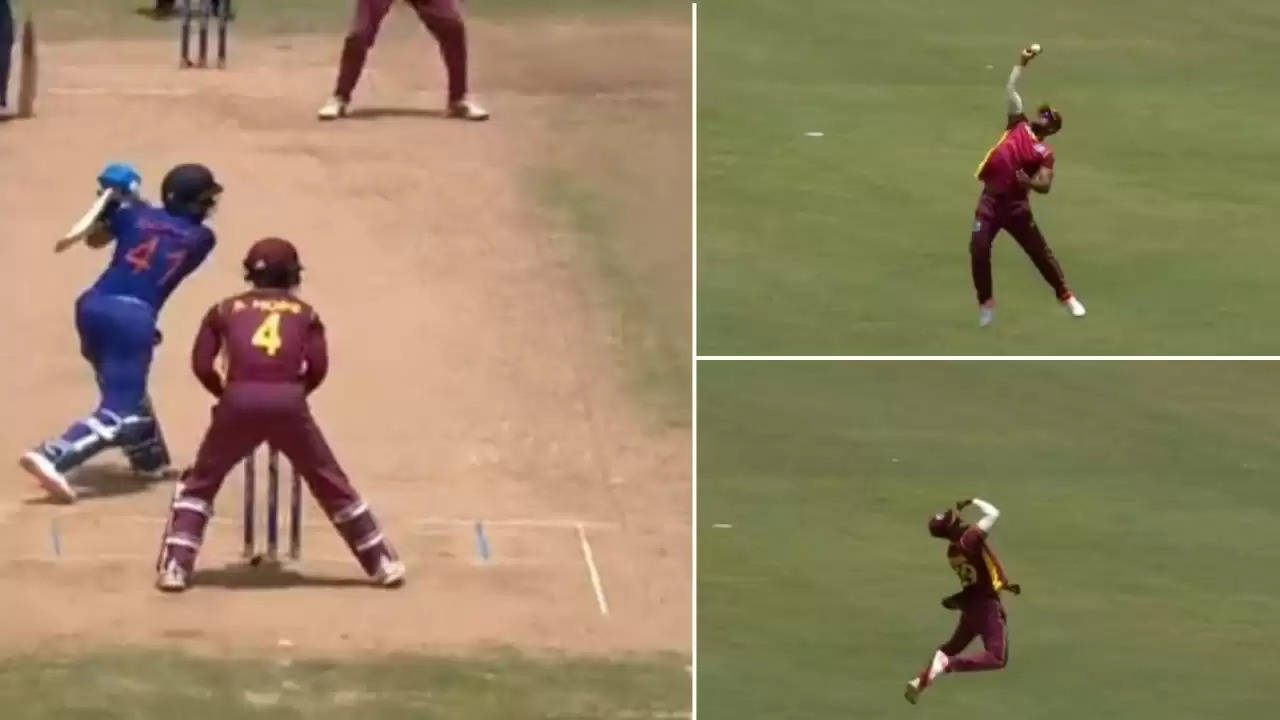 Iyer scored his sixth ODI fifty against West Indies in his seventh outing.

Nicholas Pooran showcased brilliant athleticism to send back Shreyas Iyer in the first West Indies-India ODI in Trinidad on Friday. Iyer, who got to his 10th ODI fifty, attempted an inside-out stroke off left-arm spinner Gudakesh Motie, and appeared to have times the stroke fairly well.

However, Pooran, stationed at the extra-cover position, leaped up full-stretch to complete a stunning one-handed catch with his right-hand. Iyer walked back for a 57-ball 54, striking five hits to the fence and two over it during his stay.

Iyer had added 94 for the second wicket with skipper Shikhar Dhawan, with the latter missing his hundred by mere three runs when he was caught at backward point off Motie. Dhawan struck 10 fours and three sixes during his 97 off 99.

That was after the left-hander had added 119 in just 17.4 overs with Shubman Gill. Gill, playing his first ODI since December 2020, registered his maiden ODI fifty off just 36 balls, and smashed six fours and two maximums to score 64 off 53. His stay at the crease was brought to an end by Pooran’s first fielding brilliance of the day, with the West Indies skipper firing a direct-hit at the non-striker’s end to have the batter short.

Suryakumar Yadav was castled by Akeal Hosein shortly after Iyer’s dismissal, and India were 248/4 from 40 overs, with Sanju Samson and Deepak Hooda at the crease at the time of writing.

West Indies haven’t beaten India in a bilateral ODI series since their 4-1 triumph at home under Brian Lara back in 2006.