Watch: Incredible! Rohit Sharma puts his dislocated shoulder back in its socket on field

India skipper Rohit Sharma seemed to have dislocated his left shoulder, and appeared to have resurrected it immediately, while fielding during the second ODI against England at Lord’s on Thursday, July 14.
By CX Staff Writer Thu, 14 Jul 2022 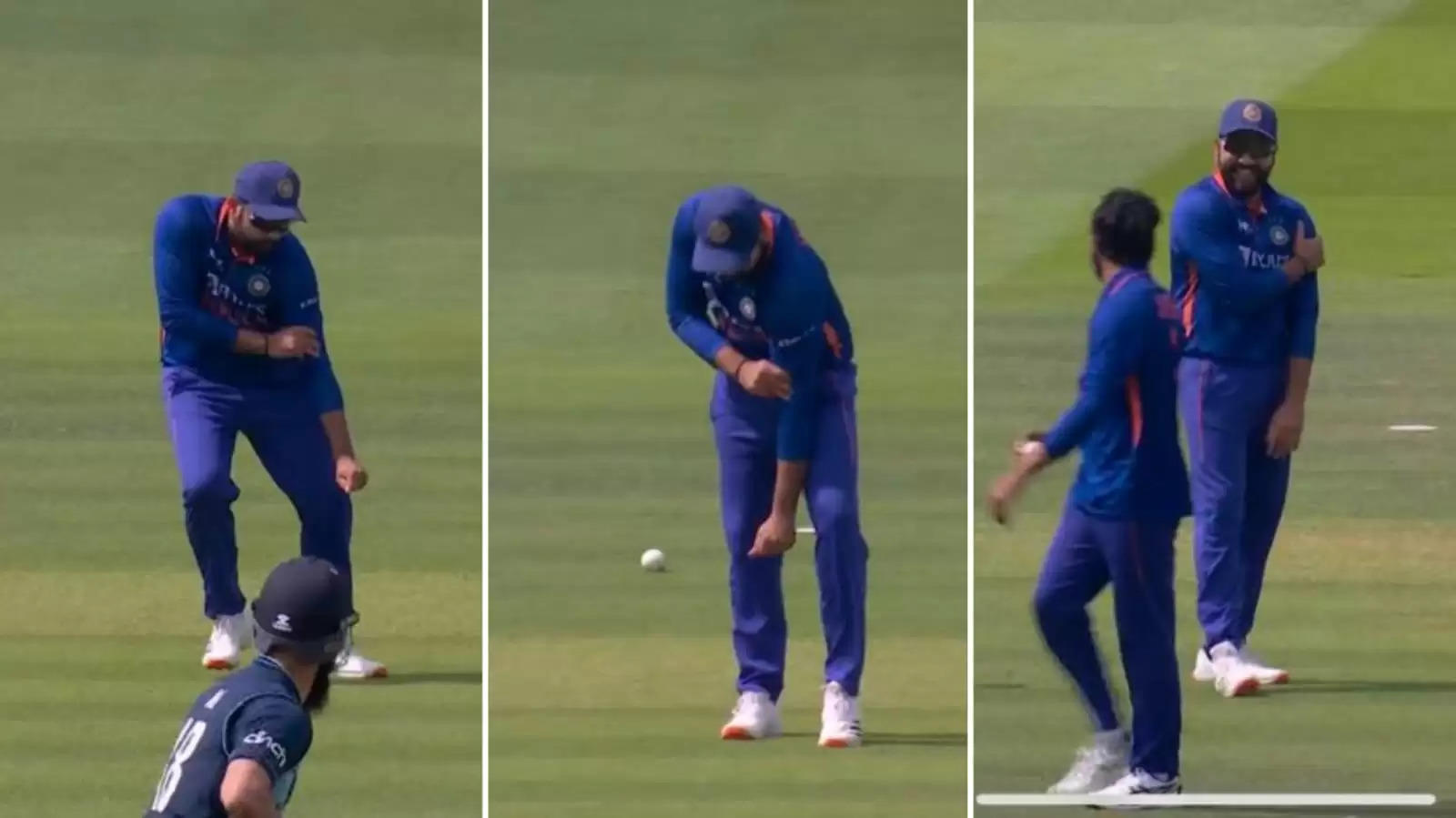 Rohit has been troubled with shoulder injury in the past.

Rohit Sharma appeared to have hurt his left shoulder while fielding in the second England-India ODI at Lord’s, quite stunningly, was seen putting it back in place with a slight jerk.

The incident occured on the second ball of the 28th over, with Ravindra Jadeja bowling at Liam Livingstone. The batter struck a firm bottom-handed drive towards short extra cover, where Rohit was stationed, and he managed to stop it. The ball perhaps struck his arm, and the Indian skipper was seen rubbing the left-elbow joint, before pulling the wrist to get it all in place.

He remained on the field thereafter, as India continued to dent England’s progress with timely wickets. Rohit has had a history of injury to his left shoulder. He had suffered a similar blow while fielding in an ODI against Australia in Rajkot in 2020, and had left the field during the visitors’ run-chase.

However, he had returned with a match-winning hundred in the decider in Bangalore a day later.

Watch Rohit Sharma putting his dislocated shoulder back in its socket on field here:

India managed to bundle out England for 246 in 49 overs after Rohit opted to bowl.

Jason Roy and Jonny Bairstow added 41 for the first wicket, before Hardik Pandya had the former caught by Suryakumar Yadav at long-leg for 23. Yuzvendra Chahal then struck twice to remove Jonny Bairstow and Joe Root in quick succession, and Mohammed Shami dismissed Jos Buttler for the second time in the series - this time shattering his stumps.

Ben Stokes was trapped leg-before while attempting a reverse-sweep off Chahal, while Liam Livingstone was bounced out by Pandya after having taken a six and a four off the previous deliveries.

Moeen Ali (47) and David Willey (41) added 62 for the seventh wicket to help England cross 200 after they had been reduced to 148/6 in 29 overs. Chahal had Moeen Ali caught at deep mid-wicket to round off an impressive 4/47 spell - the best ever returns by an Indian bowler in ODIs at Lord’s.

Jasprit Bumrah and Prasidh Krishna shared the final three wickets to ensure that the hosts were restricted below 250.

India are leading the three-match series 1-0, following their 10-wicket win at The Oval on Tuesday.