Virat Kohli was seen making an unusual gesture after having reached his fifty in India's last Asia Cup 2022 game against Afghanistan in Dubai on Thursday, September 8.
By CX Staff Writer Thu, 8 Sep 2022 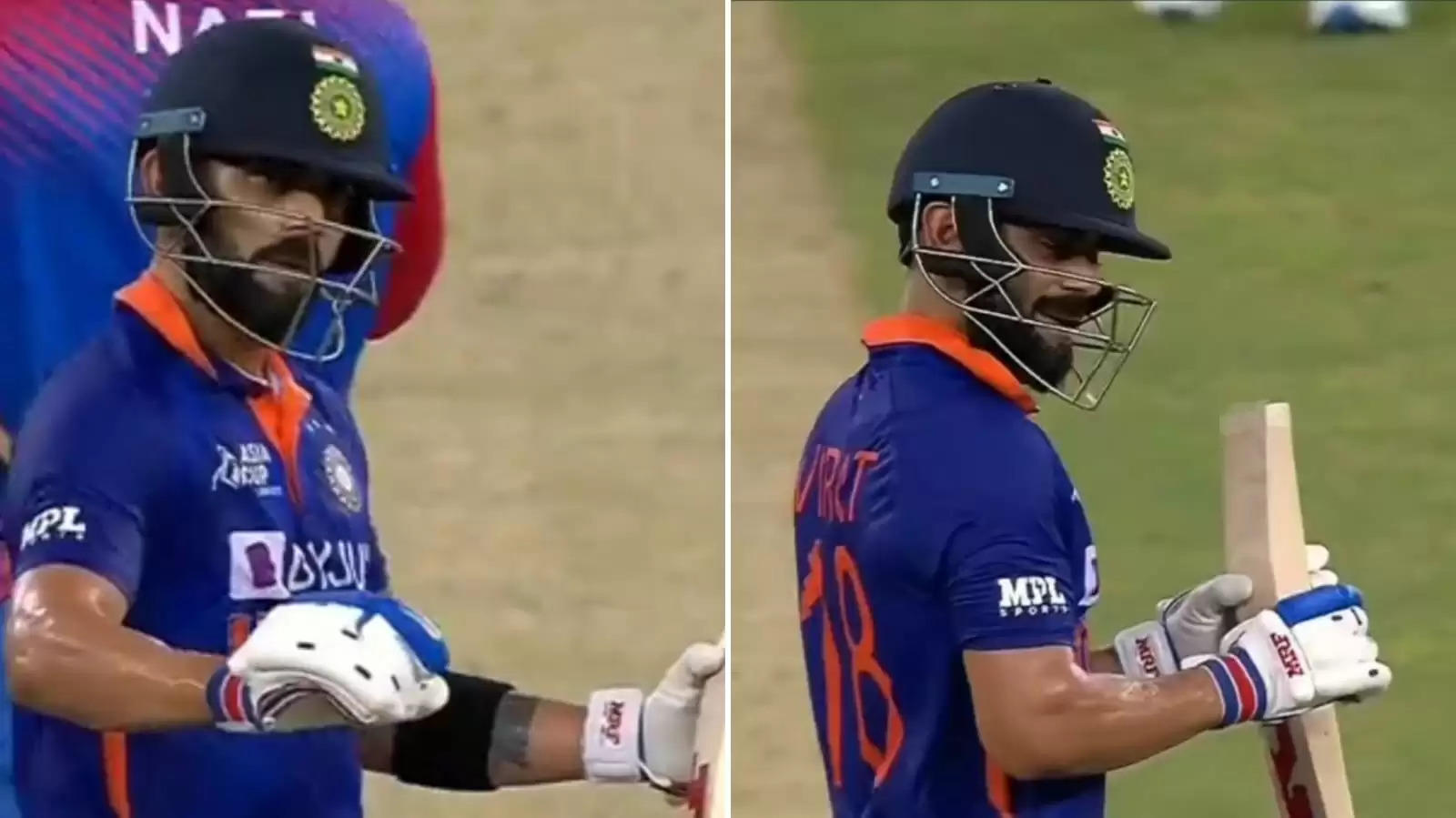 Kohli and KL Rahul added 119 off 12.4 overs for the opening wicket.

India might have been knocked out of the ongoing Asia Cup 2022 after back-to-back defeats to Pakistan and Sri Lanka, but Virat Kohli regaining his touch has been one of the major positives.The former India captain stroked his maiden T20I hundred - a sublime 122* off 61 - to help India finish 212/2 in the allotted 20 overs.

In India's last game of the competition - against Afghanistan in Dubai on Thursday - Kohli walked in to open with KL Rahul, as skipper Rohit Sharma opted to rest himself alongside Hardik Pandya and Yuzvendra Chahal. The pair added 119 in just 12.4 overs in a stroke-filled opening stand. Kohli got to his 33rd T20I fifty with a single towards long-off off Azmatullah Omarzai and reacted in a unique way after getting to the milestone.

Kohli gestured towards dressing room while signalling as if he wanted something to be noted, having got to his third half-century of the competition, after scoring 59* and 60 off 44 balls each against Hong Kong and Pakistan respectively.

Rahul was dismissed for 62 off 41 by Fareed Ahmad, after striking six fours and two sixes during his stay. Suryakumar Yadav struck a six first-ball, reminiscent of his hit off Jofra Archer on T20I debut, but was castled off his next. Kohli would however carry on, and reach his first hundred since November 2019, his 71st in international cricket. His stay at the crease included 12 hits to the fence and six over it. Rishabh Pant remained unbeaten with 20 off 16.

Afghanistan stymbled to 21/6 by the seventh over of the run-chase, with Bhuvneshwar Kumar returning a career best analysis of 4-1-4-5 in an outstanding new-ball spell. Ibrahim Zadran was the lone mainstay of the Afghanistan innings, finishing unbeaten 64 off 59, but that could only take his side as far as 111/8, completing a 101-run defeat. Arshdeep Singh, Ravichandran Ashwin and Deepak Hooda bagged a wicket each.