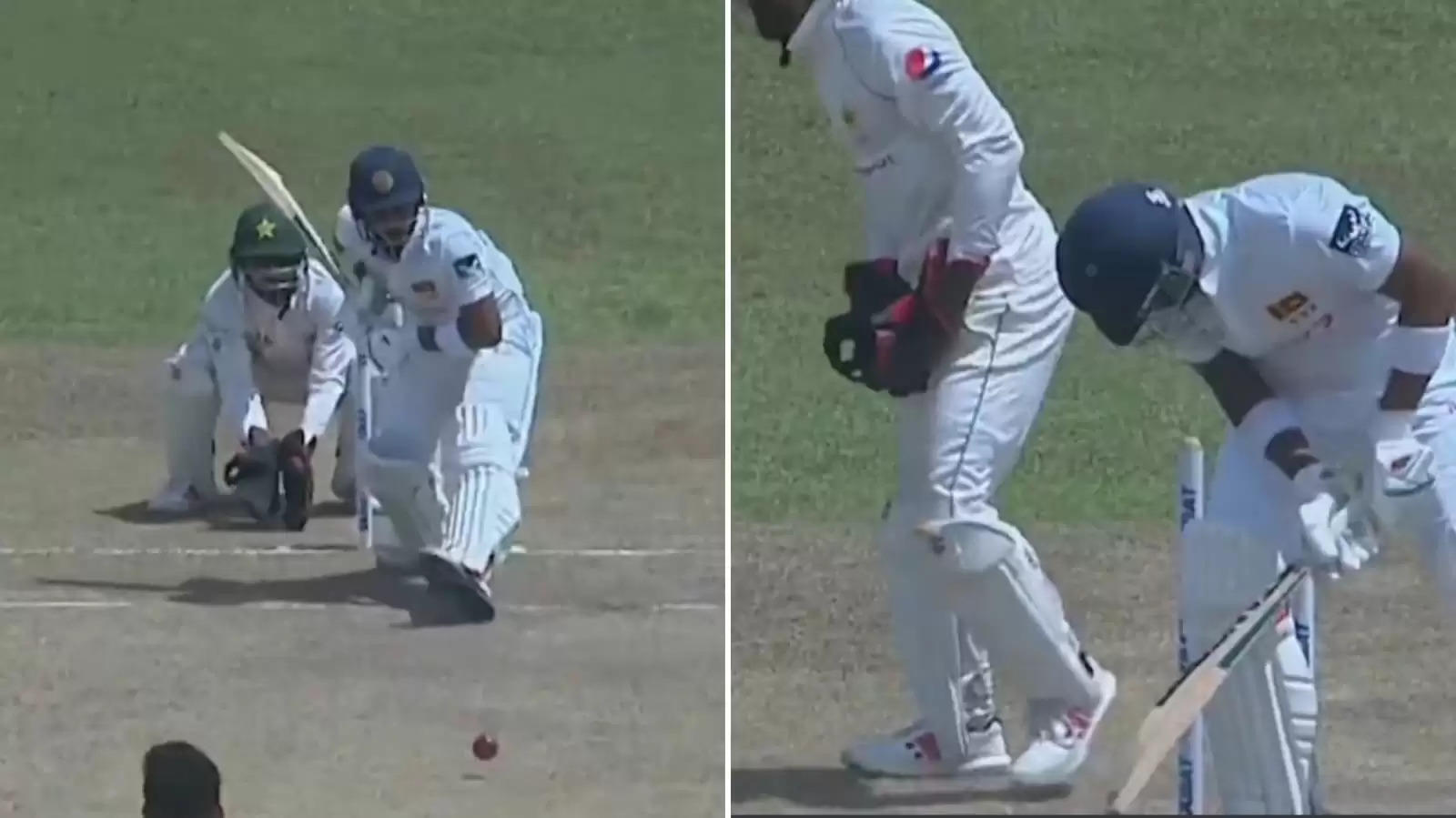 Sri Lanka lead by 333 runs in their second innings with one wicket remaining.

Wrist-spinner Yasir Shah produced a ball of dreams to bamboozle a well set Kusal Mendis on Day 3 of the Galle Test, rattling the right-hander’s top of off-stump with a perfect leg-break. The dismissal brought back memories of Shane Warne’s “Ball of the Century” to dismiss England’s Mike Gatting in the first Test of the 1993 Ashes at Old Trafford, Manchester.

The moment came on the first ball of the 55th over of Sri Lanka’s second innings, with Mendis batting on 76. Yasir released one to pitch well outside the leg-stump. The ball drifted in, turned square on pitching and breached the right-hander’s attempted defense to hit the off-stump.

Mendis walked back after having scored a crucial 76, with nine fours during his 126-ball stay. The dismissal has already started doing the rounds on the internet as a potential “Ball of the Century” candidate.

Ball of the Century candidate❓

Yasir Shah stunned Kusal Mendis with a stunning delivery which reminded the viewers of Shane Warne’s ‘Ball of the Century’.#SLvPAK pic.twitter.com/uMPcua7M5E

Yasir, who had dismissed Oshada Fernando earlier in the day for 64, castled Dhananjaya de Silva with another classy leg-break to make it three for the innings, following his 2/66 in the first dig.

Sri Lanka stood at 329/9 at stumps - 333 ahead in their second innings - with Dinesh Chandimal (86*) joined by No. 11 Prabath Jayasuriya (4*). Left-arm spinner Mohammad Nawaz was Pakistan’s pick of the bowlers on the day, having registered his second Test five-for in just his fourth game.

Pakistan had managed 218 in response to Sri Lanka’s first-innings 222 earlier in the game, with skipper Babar Azam scoring a brilliant 119 to lift the visitors from a precarious 85/7, which would later become 148/9. Babar and Naseem Shah added 70 in 30.5 overs for the last wicket, with the latter finishing unbeaten 5 off 52.

That was after Chandimal’s 76 had helped Sri Lanka post 222 on the opening day after having opted to bat.