We are going to operate two separate squads: Ashley Giles

With the prospect of having two International teams from the same country playing two different games at the same time looming large to make up for the absence of Cricket being played, England might face the dilemma of deciding which format of Cricket would the likes of Ben Stokes or Jos Buttler play in. Ashley […]
By CricXtasy Staff Fri, 15 May 2020 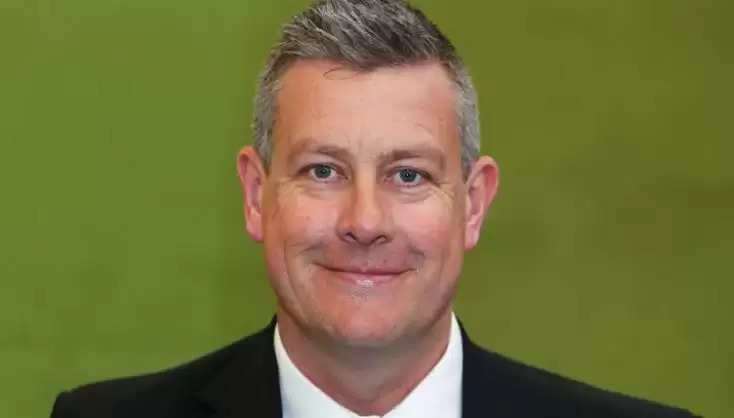 With the prospect of having two International teams from the same country playing two different games at the same time looming large to make up for the absence of Cricket being played, England might face the dilemma of deciding which format of Cricket would the likes of Ben Stokes or Jos Buttler play in. Ashley Giles, the managing director of the England and Wales Cricket Board, was one to admit that two separate teams might be the best bet of ensuring the safety and health of the players, as the attempt of returning to action during the COVID-19 outbreak goes on.

England confirmed their plans for a staged return to training ahead of an anticipated start to the Test summer against West Indies in July. Giles admitted that the logistical challenge of compressing the home international schedule into a 12 week window could force them to prioritise certain formats for certain players who might generally be a part of both squads.
The ECB confirmed that an initial pool of 30 players would be returning to individual training from next week, at seven different venues across the country, and under strict social-distancing, hygiene and temperature-control protocols. In an attempt to further limit interaction, players will be asked to arrive at venues in their training gear, with shared spaces such as dressing rooms to remain off-limits.

As per reports from Sky Sports, Giles said, “We’re probably erring on that side of creating a bubble to surround our people. We’ll probably look to take all 30 people back into the environment at the venue, so that we’ve got everything we need from a playing, a practice, and a net-bowling perspective leading into a Test match, probably two weeks before the first ball is bowled in that Test match. The likelihood is if we do that and we’re trying to main really safe environments, that we’re going to operate two separate squads.”

England have emphasised on the staging of the six scheduled Tests against the West Indies and Pakistan this summer due to the fact that they are the most lucrative formats when it comes to fulfilling their contractual obligations with Sky Sports. The ECB has estimated that it would be looking at a £380 million loss, if no International Cricket is possible this summer.
However, with the T20 World Cup scheduled to take place in Australia in October and November, England recognise that their best white-ball players would require as much match practice as possible if they are to match their achievements of winning the 50 Over World Cup last summer, and cross the final hurdle, unlike what happened at the Eden Gardens 4 years ago.

A decision will be required to be taken as to which of England’s multi format Cricketers will be resuming playing for the Test team this summer, with six names up for particular debate. Stokes and Buttler, plus the two fastest bowlers in England’s ranks, Jofra Archer and Mark Wood, as well Joe Root, the Test captain, and Jonny Bairstow.

Giles continued, “At the moment, we’ve got a schedule on paper that looks great, that we can fit everything into July, August, September, but it’s a squeeze and there’s a lot of cricket there. So again that probably leads us to a place where we’re operating two separate teams. It’s a lot of people, it’s a lot of logistical pressure and organisation. Part of this is about high-level performance and getting sport back on that people want to enjoy, but there is also an economics angle to this, a financial element. For the whole game in this country, us playing cricket is really important.”