Dinesh Karthik played several roles throughout an international career scattered over nearly two decades for India, perhaps none as emphatically as that of a specialist T20I finisher.
By CX Staff Writer Fri, 21 Oct 2022 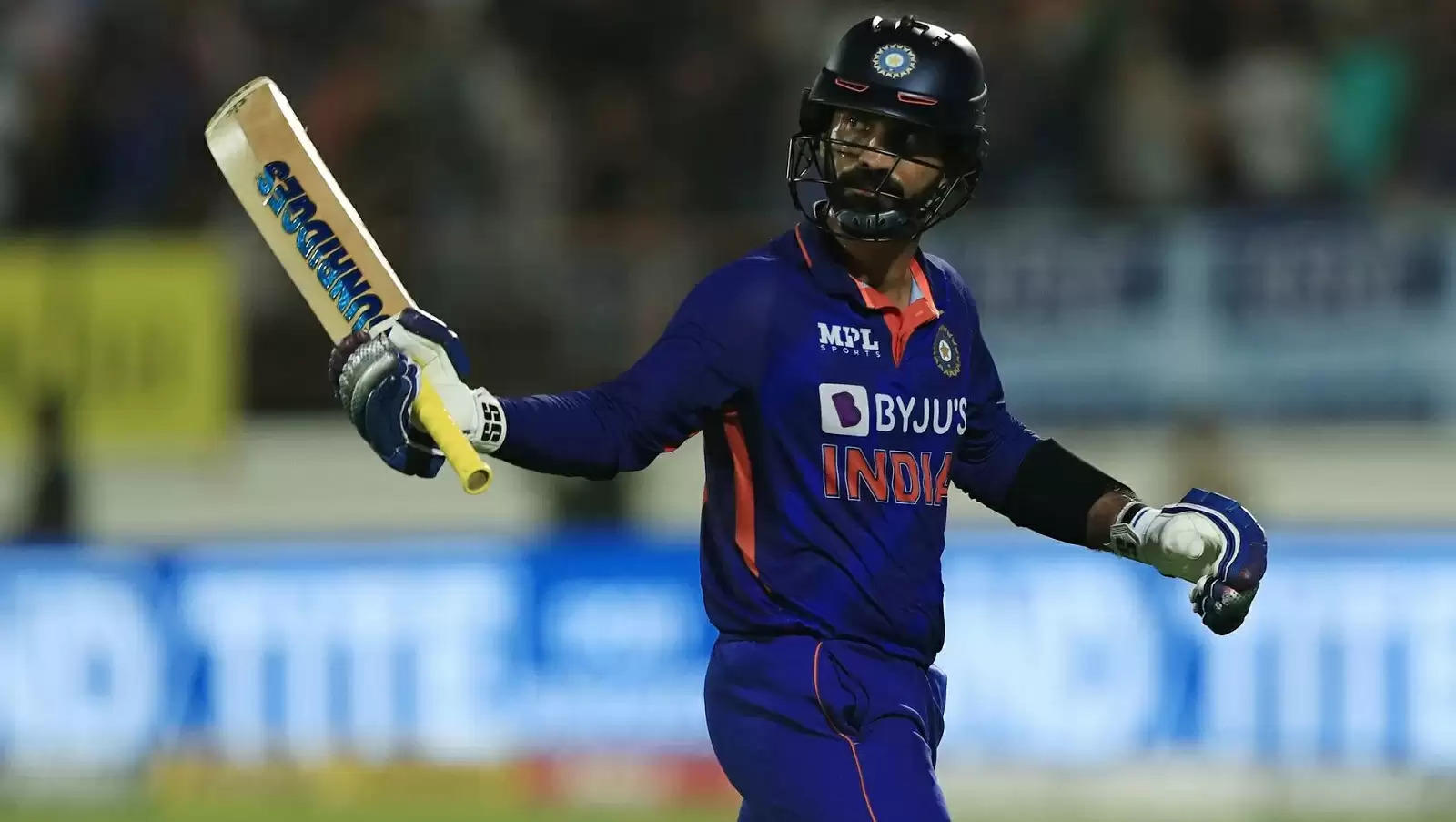 Dinesh Karthik is one of the two members from the current India squad to have featured in the inaugural edition.

Into his fourth year of international cricket, Dinesh Karthik was one of unsung heroes in one of India’s greatest triumphs in Test cricket - a 1-0 Test series win in England under Rahul Dravid - India’s first in the country in 21 years. Karthik was India’s highest run-getter in a series that featured Dravid, Sachin Tendulkar, Sourav Ganguly and VVS Laxman.

A crucial 60 in the second innings of the series opener at Lord’s played its part in helping the team securing a draw and a 77 and 91 in the next two Tests helped the team bat the visitors out of the Test and the series respectively. Less than a year earlier, Karthik was the Player of the Match in India’s first ever T20I - against South Africa in Johannesburg - his unbeaten 31* off 28 guiding the team to a six-wicket win.

Midway through the T20 World Cup 2007, Karthik would be replaced by a young Rohit Sharma in India’s XI, and the latter made crucial contributions in India’s win over South Africa, Australia (semi-finals) and Pakistan (final) respectively. Karthik’s lone moment of individual brilliance in the competition was as significant as any - a stunner in the slips to dismiss Graeme Smith in a must-win game in Durban.

Scattered appearances across formats in the next decade came and went, and there was an IPL win with the Mumbai Indians in between, but the wicketkeeper batter could never break into the Indian setup, with the presence of MS Dhoni, whom Karthik himself holds in high regards as “once-in-a-generation” cricketer.

And so, it’s perhaps fittingly appropriate and just that Karthik now fits into the team as a much sought after “finisher”, a role that Dhoni had made his own in a glittering career. The seeds of Karthik, the finisher in India colours had been sown, or rather flourished in the Nidahas Trophy 2018 final against Bangladesh, wherein an eight-ball unbeaten 29 – culminating in a last-ball six timed sweetly over extra-cover – helped India clinch a thriller.

He played that role to fine effect for the Kolkata Knight Riders in the next few years, while being one of the potential No.4 candidates for India in build-up to the 2019 World Cup and during the competition. At the IPL 2022 earlier this year, Karthik redefined the role of a finisher with sustained success with his breathtaking power-hitting and innovation, and has carried that in Indian colours to establish himself as a key player in the setup.

To understand the significance of Karthik’s exploits, one has to go beyond the standardised conventions of numbers for batting. The averages won’t be Bradmanesque or Kohli or Babar-like, and the overall strike-rate won’t necessarily hit the roof. And so, understanding the game situation when he stepped in a certain innings - the very ethos of his own batting approach - is the best guideline to assess the brilliance.

For instance, in a rain-shortened eight-overs-a-side second T20I against Australia in Nagpur, Karthik walked in the penultimate over and was yet to face a ball when India needed nine of six. A six over backward square leg followed by a four over mid-wicket, job done! In the second T20I against South Africa in Guwahati earlier this month, Karthik scored an unbeaten 16 off 7, with all his runs - two sixes and a four - coming off Kagiso Rabada in the last over if the innings as India posted 237/3, their fourth highest total in the format. That South Africa went down by 16 runs in a high-scoring contest further emphasises the value of the knock.

WHAT. A. WIN! 👏 👏@DineshKarthik goes 6 & 4 as #TeamIndia beat Australia in the second #INDvAUS T20I. 👌 👌@mastercardindia | @StarSportsIndia

Karthik has delivered the longer innings too, when required. In the third T20I against South Africa in Rajkot in June this year, Karthik scored a game-defining 55 off 27, his first half-century in the format, which lifted India from 81/4 from 12.5 overs to an eventual score of 169/6, which was enough to secure an 82-run win. In the first T20I against West Indies later in the season, Karthik struck an unbeaten 41 off 19, showcasing his full range in an innings studded with four fours and two sixes as India recovered from 127/5 in 14.5 overs to 190/6, to set it up for a 68-run win.

The international comeback was preceded by the brilliant run for the Royal Challengers Bangalore at the IPL 2022, wherein he aggregated 330 runs at 55.00 while striking them at 183.33, thus playing the finisher’s role to perfection in the team’s first season without the services of AB de Villiers since 2010.

The consistency in performing the tough role has made Karthik and part of the Indian setup ahead of the T20 World Cup 2022. The format has shown in the past that a player can script history on the grandest of occasions even while having faced just a handful of deliveries. We certainly “remember the name” who did that six years ago. Should India find themselves in a similar situation, they certainly have a reliable finisher to lean on.