Up for a strenous BGT, India need to ease life more for vulnerable Kohli

The great batter retains multiple holes to his game in a period of sustained strife. India could try altering his spot and the timeframes he walks in.
By Kashish Chadha Sun, 8 Jan 2023 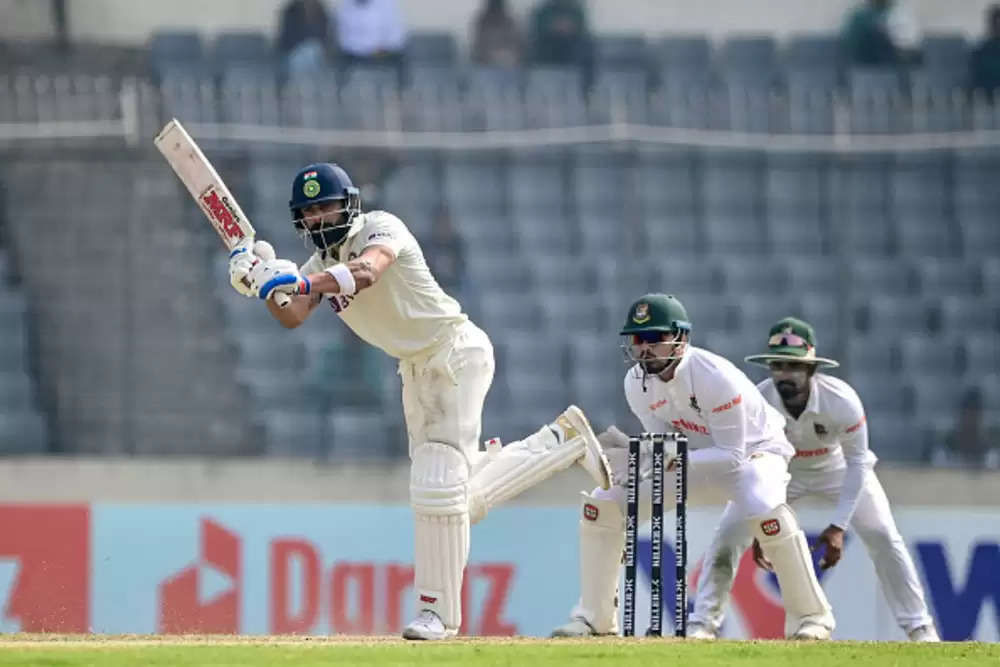 As he raised his bat to a jampacked Eden Gardens crowd glinting India's first-ever D/N Test at home, Virat Kohli's century in the 2019 pink-ball fixture versus Bangladesh elevated his average to a jaw-dropping 54.97. That Kohli had dominated overseas terrains at the start of the bowling era only reinforced his reign and established him among the game's most prominent greats.

At that point, Kohli seemed destined to finish with the unprecedented 60-average-mark in Indian cricket, approaching his peak years that were supposed to reiterate his invincibility at home and away. To stand apart in the brat pack, the famous 'fab 4', earmarked for legendary status by the late Martin Crowe.

Since then, however, the Indian stalwart's game has suffered the lowest vibes. From averaging nearly 55, Kohli has degraded to 26.20 apiece across his last 20 Tests and 36 innings, with no hundreds and only six scores past fifty. That's worse than half the player he once used to be. There have been gems played in Adelaide, at Chepauk, and in Cape Town from time to time, but the Virat Kohli of today is arguably a pale shadow of his very best.

From claiming the top spot in the game's contemporary greats, Kohli has lagged behind the rest of the pack, which has perhaps managed the Covid realms, the second half of the bowling pandemic much more astutely. In the same timeframe, from the start of 2020, Joe Root is averaging 51.30 over 38 Tests, transforming himself into an even bigger beast for England.

Steve Smith had his fair share of stutters at the beginning but it didn't take the Aussie genius long to resurrect to his big-scoring ways and reclaim the numero uno tag. And while Kane Williamson continues to outshine his teammates at the Test level, Babar Azam and Marnus Labuschagne have been pressing hard for Test match superstardom as well. They have all handled the back half of the bowling era better than Kohli, who is the lowest scorer of the specialist batters with minimum 20 Tests in the given period.

Nothing gets denounced like failure in this sport. The decline in output has exposed a few chinks in Kohli's armoury. That he has always flirted with a few risks with his game had been apparent even when he was scoring truckloads of runs. The dip in Kohli's run-making has made even his biggest supporters look at those with a rational eye. It's well documented that the great batter has almost a negligible range outside off-stump on the backfoot and has been trying to counter the problem with a long stride forward, taken on top of a stance that already positions him a foot outside the crease.

With time, and the downward curve to his Test career, the cover drive versus seam bowling that has been historically raved over has become a topic of debate on legitimacy: whether Kohli is being pragmatic in judging the length he can afford to execute his favourite stoke to? A graphic from his first-innings dismissal in Centurion Test against South Africa last year has gone viral over time, with the great batter seen flashing at a line that errs outside two different set of stumps.

Against spin, Kohli's fall from the top has only been worse. From averaging well past 60, this is a player who gets less than 26 per dismissal over 22 innings against all kinds of tweakers. From someone who judiciously farmed his frontfoot strokes and rocked back quickly to the shorter lengths, Kohli of today is unsure of the landing and is often flashing hard without reaching to the pitch of it. Why, Moeen Ali got a sizeable chunk of the window between his willow and the body to squeeze one into the stumps. Kohli was nowhere near the point he could've smothered the turn with.

India can't change Kohli. So they must change his spot

Virat Kohli isn't the first great batter to have gone through the strife, which signals precedence and promise of a late recovery at some stage. But even when other great batters of the game have undergone sustained wrestle for survival in the middle, they haven't looked as vulnerable as Kohli.

The bowling era has perhaps accentuated the problems, with robust, relentless attacks targetting Kohli's high-risk zones and testing his patience. To his credit, Kohli has tried his best to come out unscathed from quality spells, playing more than 60 balls on average per innings in this phase. But the fact that his strike rate stands at an all-time low of 42.23 suggests he has never fully broken through. Notably, Kohli's spin SR for the period - 46.0 - is higher than his pace SR - 40.29 - but his average is worse, which only reinforces the point.

Kohli's response to his own issues has been a mixed bag: while he has been willing to bide through the difficult periods and spells, there has been no particular change made by the batter in his basic game and approach to the delivery. Backing what gave him success in the first place aside, one would anticipate certain changes in acceptance of the flaws. But Kohli has either been averse to tweaking his ways or possibly stubborn to think he will eventually carve out a successful second wing for himself.

Either way, that he retains a vulnerable streak about him in this stage of his career needs to be acknowledged by people around him, if not the batter himself. Once there, we would witness specific changes made to first address his issues and secondly, to get the optimum results out of his willow. India did that in Dhaka recently, when Dravid cautiously altered the batting line-up, recognising the pitch responded with great oomph and venom to the new ball.

Also Read - Why Virat Kohli should be India’s next Test match No.5

Sending Kohli lower down the order didn't bear the immediate results. But over time, on less responsive surfaces, it may prove to be a blessing for the player, who needs as much breathing space as possible. It wouldn't be a shade on an esteemed batter, just a different mould to revitalise his command in the middle. But heading into a strenuous Border-Gavaskar Trophy with their top order in sharp decline, India could do with rationally placing Kohli at No.5 in the line-up to face an older SG ball, against bowlers with more overs under their legs.

This writer has previously, too, argued for a change in Kohli's spot in the batting order, recognising that his game carries more holes than one would find in an average great batter at the highest level. With that addressed, there is a need to ease his life a lot more by being more judicious in the timeframes you want him to come out starting his innings. It could be the difference between executing that cover drive off Cummins rather than edging it with the ball spiting up off the same length or gaining extra time to negate a sharp Nathan Lyon off break from the backfoot.

Till the time Kohli is there in the middle, he will find ways to score runs. And that's an optimum scenario: it's alright if the Kohli of today is 60 off 125, and not 85 off 110, as long he is there, fighting it out and making his presence felt. In that, perhaps Kohli can take a cue from Adelaide where he kept denying himself the cover drive and fought his way to an influential 74 off 180. And for India to take a cue from Dhaka by sending him in at No.5 after the stoic Cheteshwar Pujara and the prodigiously talented Shubman Gill as India's new, long-term No.4.