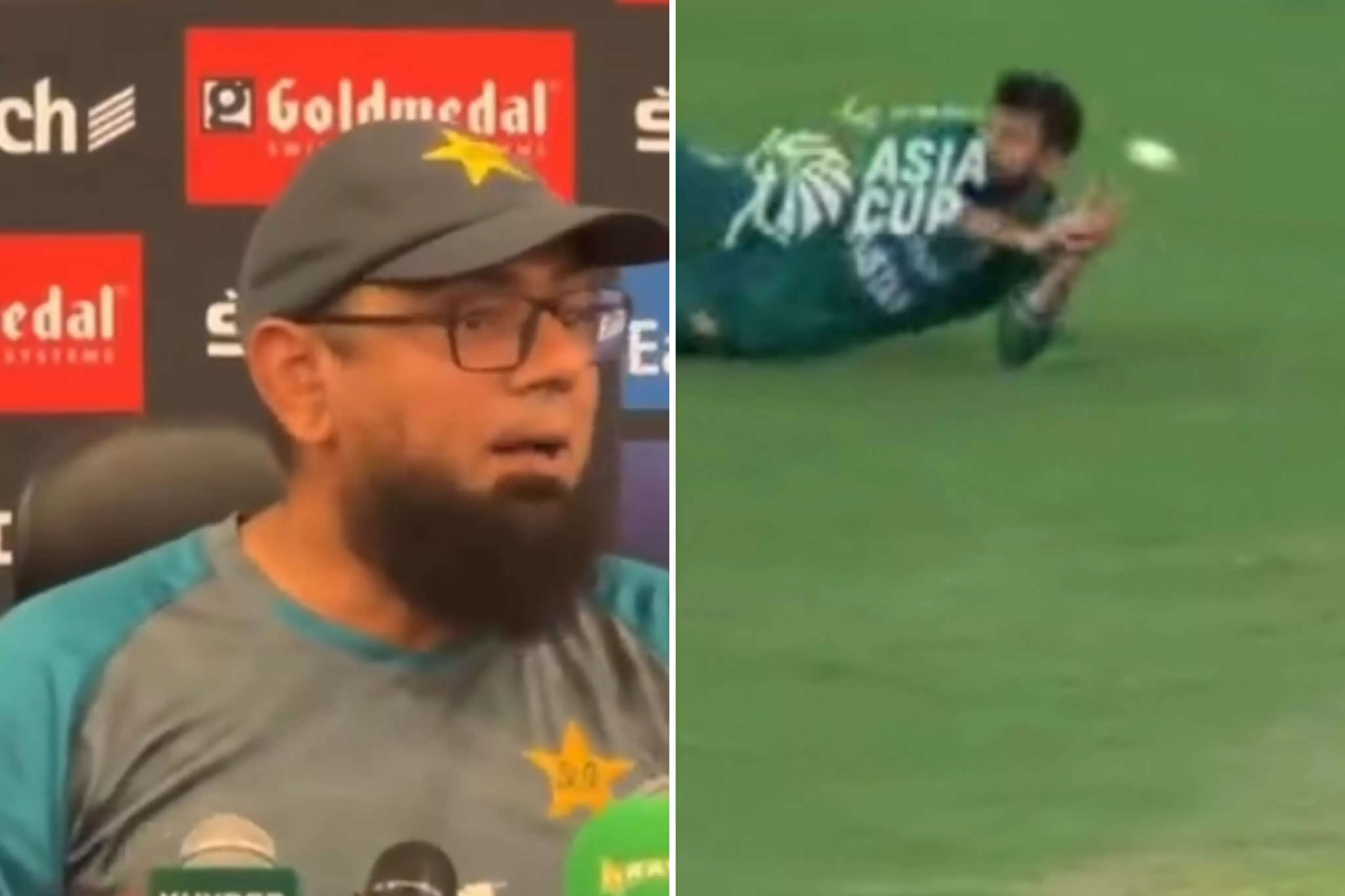 Shadab Khan came out to bat at No.8 for Pakistan in the Asia Cup 2022 final despite feeling concussed.

Pakistan's bowling coach Saqlain Mushtaq came up with a shocking revelation, stating that spin all-rounder Shadab Khan came out to bat with concussion during his team's run-chase in the Asia Cup 2022 final on Sunday (September 11).

With Pakistan on the verge of a defeat to Sri Lanka, Shadab was sent in at No.8 for a knock of 8 off 6 balls before he got dismissed as the opposition ramped home to a much-savoured victory in Dubai.

Speaking to the press after the tournament finale, Mushtaq confirmed that the young cricketer was feeling dizziness after a blow while fielding in the Sri Lankan first-innings and carried that on when he batted.

Mushtaq said Shadab Khan was bleeding from his ears after a collision with teammate Asif Ali while together attempting a catch off Sri Lankan batter Bhanuka Rajapaksa and yet went out to bat when his turn came.

Prior to this, the fielder had received a ball on his head after diving and trying to pick up a throw from the deep.

This revelation shocked the Pakistan fans, who were at dismay by the result and fumed when they get to know that the team management didn't adhere to the concussion protocols and sought a like-for-like replacement with the match officials.

If Shadab Khan was concussed by the blow, why didn't the Pakistan team management ask for a concussion replacement during the final is the question doing the rounds ever since Mushtaq made his shocking revelation.

If Shadab had concussion issues then management should've asked for a concussion replacement. pic.twitter.com/3KMYohp8nz

Since ICC allows teams to make like-for-like replacement following approval of a concussion case within their side, it begged belief that Pakistan made such a bad error and took a huge risk with their player.

Concussion being a major worry for the game's custodians over the past decade, the Pakistan think-tank fell under immediate scrutiny following Mushtaq's statement on Shadab Khan.

Here is how the fans reacted to it:

I'm sorry, you're not in a war. Play another player in place of a guy with 4 stitches ... If Shadab had concussion, ICC rules allow you to replace him with another player mid game. Do that. https://t.co/ydqBHs4UYh

Says Shadab went in to bat with concussion. Surely if we was diagnosed with one he isn't allowed to play further???

Shadab may have a concussion. Injuries to head should never be taken lightly.

He's our best fielder and for him to make sure errors in the field was seriously unbelievable and very uncharacteristic of him. https://t.co/3vLUo6C29S

Shadab Khan picked up the blow on the final ball of the 19th over in the Sri Lankan first-innings batting effort. Facing seamer Mohammad Hasnain's off-cutter, left-hander Rajapaksa went for a big shot to the deep mid-wicket region. But the batter got a splice of his willow and ended up hitting a skier towards Asif, who was placed right beneath the catch.

What should've been the most comfortable catch, however, was turned into a bad drop as Asif had a horrible collision with Shadab after he came diving from his left. In a school-boy error, the two cricketers didn't call 'mine' at any stage. They didn't even spot each other and went for the catch.

Soon Shadab was seen in excruciating pain, down on the turf with his nose bleeding while getting due attention from the Pakistan medical staff. This was the second such instance from the game where he also saw a ball crash onto the side of his head while trying to collect a throw from the deep.  Mushtaq said Shadab was "bleeding from his ears", too, and "feeling concussed".