World Cup win would have been nice but enjoyed batting through 2019: Rohit Sharma

Not being able to win the ODI World Cup is the sole regret for Rohit Sharma in a phenomenal 2019 during which he “understood” his batting better than ever. India’s white-ball vice-captain scored a record 2442 runs as an opener across formats with 10 hundreds breaking Sri Lankan legend Sanath Jayasuriya‘s previous feat. This was […]
By PTI Mon, 23 Dec 2019 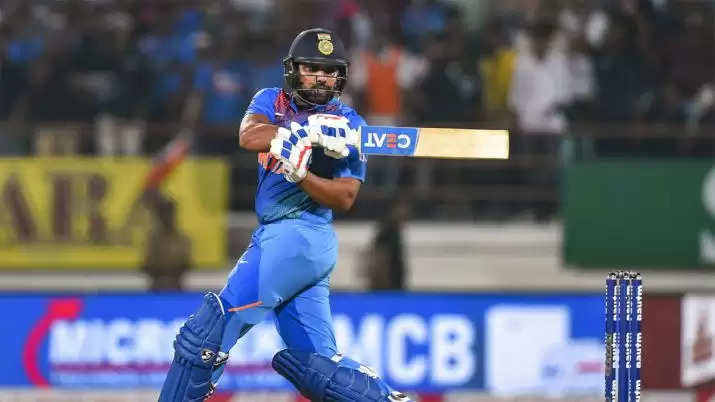 Not being able to win the ODI World Cup is the sole regret for Rohit Sharma in a phenomenal 2019 during which he “understood” his batting better than ever.

This was also the year when Rohit rediscovered himself as a Test opener with a fabulous series against South Africa.

“Extremely grateful for the year I have had. A World Cup victory would have been nice but as a team, throughout the year, whether red ball or white ball cricket, the team came together really well,” said Rohit, who won another ‘Man of the Series’ award for his aggregate of 258 runs in three ODIs against the West Indies.

“Personally, I have enjoyed batting, but there’s no way I’m stopping. There’s an exciting year coming up,” Kohli’s deputy sounded upbeat about 2020 when India travel to play a challenging Test series against New Zealand first up.

With a record five centuries in the World Cup and a double century on ‘Test opening debut’, Rohit is in a happy space right now.

“I understand my batting really well. I want to play within my limits, knowing the gameplan you want to execute is very important.”

He acknowledged that there are challenges ahead but the team is confident of winning games and staying on top of the table.

“Even in the red ball format, against South Africa, it was going to be challenging. Once we start travelling, we want to win games and stay on top of the table.”

On the match which turned out to be much closer than people would have reckoned, Rohit praised his new opening partner KL Rahul and also Shardul Thakur for getting a pulled six off Sheldon Cottrell while under pressure.

“It was a decider, we wanted to win this game. We have always seen it in Cuttack, especially, it’s a good batting track. We wanted to make runs upfront. I quite enjoyed Shardul’s pull shot, even if it was a top edge.”