What to make of India's decision to drop Rishabh Pant?

Understanding the gravity of the decision to drop Rishabh Pant from T20Is and its significance going ahead.
By Tushar Jain Tue, 30 Aug 2022 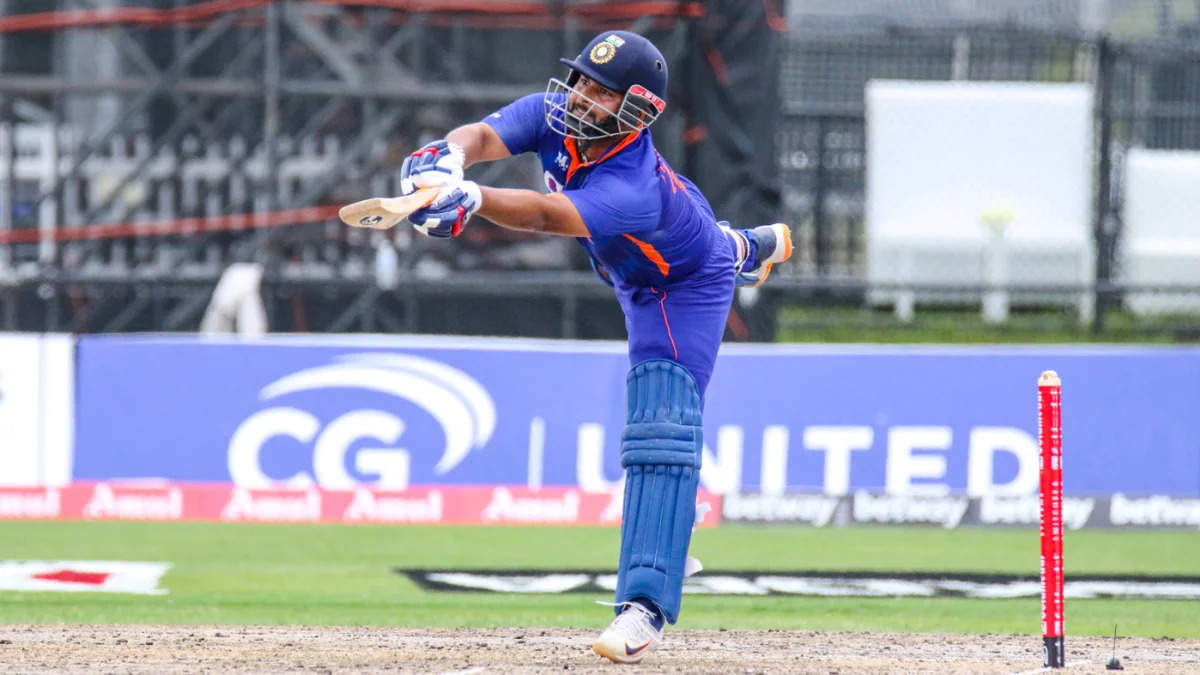 Rishabh Pant's T20 record is quite mediocre. But, should the team management have gone the extra yards to play him against Pakistan in Asia Cup?

Rishabh Pant’s T20I numbers are simply bad: an average of 23.86 and a strike rate of 126.32. So, why is there so much fuss regarding his exclusion from the side? Again, simply because he is Rishabh Pant. At the toss yesterday, Rohit Sharma said that Pant missed out from the playing XI “unfortunately”, and informed that Dinesh Karthik will play as a wicketkeeper-batter.

Pant has achieved a fair bit of success in Tests and ODIs since 2021, but not so much in T20 cricket. So, it does make sense to play him in the longer formats and drop him in T20Is, right? 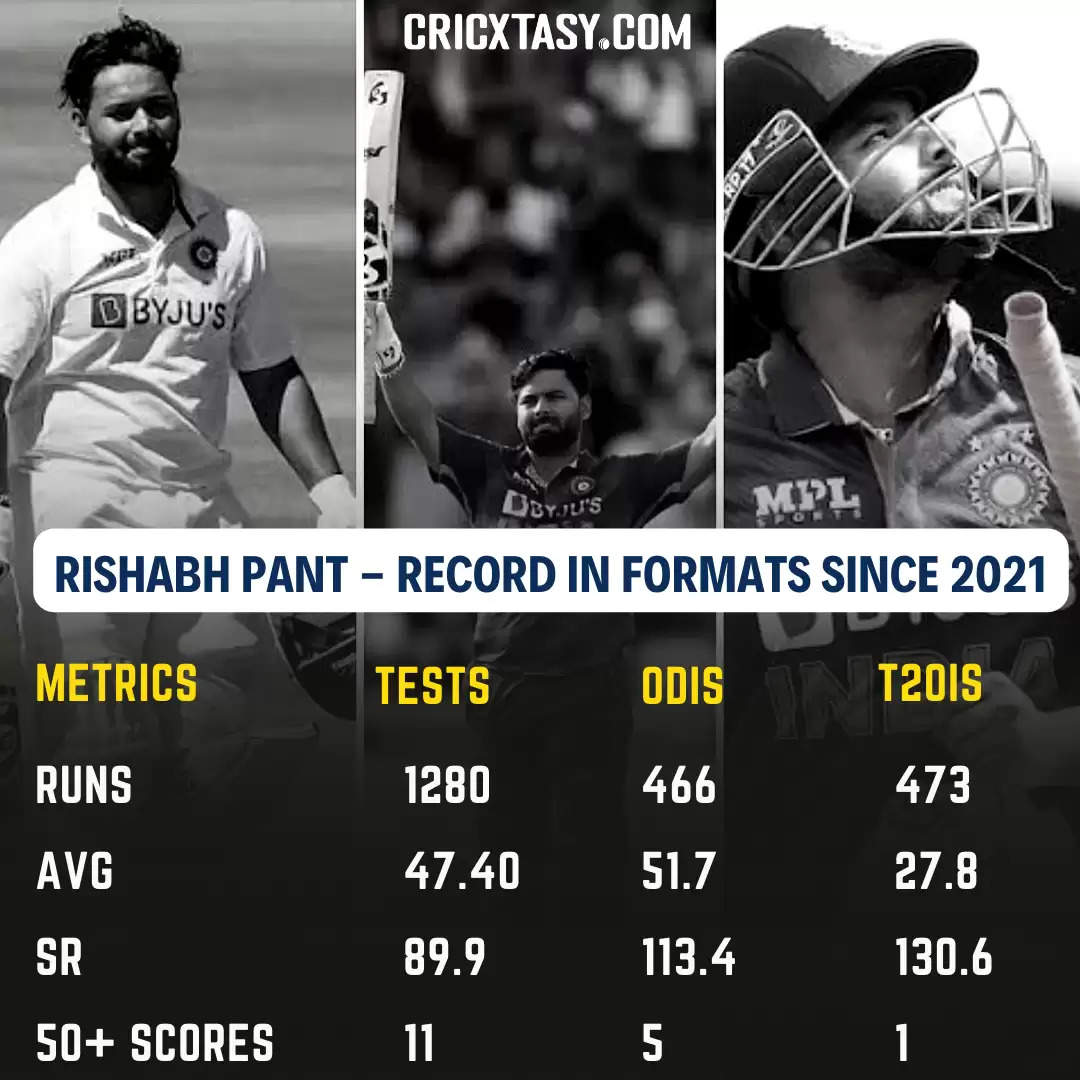 Pant’s T20I performance in comparison to other batters in the group, after the conclusion of the T20 World Cup 2021, has been mediocre as well. Neither his average is good enough, nor his strike rate. His spin-hitting prowesses are often talked about as well. But, again, the southpaw is far from doing justice to his talent. He averages just 22.8 with a strike rate of 106.54 against spinners in T20Is since 2021.

So, yes, Pant’s place in the side does come under scrutiny. And, conversations regarding dropping him have done the rounds from time to time. So, this has not come as a sudden decision, but still a fairly surprising one.

But, still, should Pant have been dropped?

Continuing the answer to the question if it makes sense to drop Pant from T20Is.

“Hmm, you’ve got a point, bro… But, no, man, not for now at least. It’s not that straightforward.”

As stated earlier, Pant’s T20I spot has been under threat for a while. It’s absolutely fair to be critical of his T20I performances. And, the team management’s point of view is also understandable to an extent. But, all said and done, Pant has been dropped earlier than one would have expected.

He should have played till this Asia Cup at least. It has been an extended run for him, especially in this case of tight competition. But, it should also be acknowledged that Pant is a special player, and probably deserves that extra rope.

Even though there are three different formats in cricket, it is still one single sport. And, Pant is a dynamic player, skilled enough to adapt his game to different formats and conditions. He has scored tough runs in the other two formats on many occasions. It is simply a testament of his quality as a batter. He has a sound temperament and brings that X-factor. There is no reason that he can't replicate that in the shortest format at the highest level.

A major problem for India is the lack of ability to smash left-arm orthodox spinners. And, Pant solves that problem easily (again, his past T20I record is not very relevant to this discussion). India’s batting unit also lacks raw power. Pant brings that particular skillet to the table that as well.

The World Cup is in Australia. And, Pant’s Test record is simply outstanding there: 624 runs at 62.4 AVG and 72 SR (!) in seven games. Again, it’s a different format, but you get the gist. He is a player with too much calibre to be sitting out.

There have been talks if Pant is struggling to catch up with the pace for the shortest format. And, to be honest, it’s quite ironic for someone who grabbed the eyeballs as a T20 ‘specialist’ in the IPL. His weakness in the wide outside off line has also been talked about, the lack of balance while making the connection with the bat and all that.

But, we have to realise that these are small shortcomings of his game. Every batter has some limitations. Some limitations are hard to cover up, and some aren’t. And, in Pant’s case, it’s a manageable thing while still playing. The main problem for many is his T20I returns and not these tiny issues. That being said, it will be greatly beneficial for Pant if he could manage a stable base while slogging, especially against pacers.

The Indian coach Rahul Dravid backed wholeheartedly Rishabh Pant after the home T20I series against South Africa. Dravid said, “He [Pant] is a very big part of our plans going ahead in the next few months.” And, this whole press conference was a thing of beauty, to be honest.

Dravid and Rohit would have certainly conveyed their message to Pant before dropping him. But, Pant has played a grand total of six T20I matches after that press conference. So, this decision to drop him does come out as a disappointing one on the surface.

Another aspect of this decision is that the pressure on Virat Kohli has increased further. The team management has made a statement by backing Dinesh Karthik. And, it is extremely hard to keep Pant out of this XI for too long.

The talks of dropping Kohli have become a norm these days. For now, he is safe because of his past success, experience, temperament and all - that’s fair enough to an extent. But, for how long would he remain safe is an uncomfortable question. It’s imperative for Kohli to find a way to produce some impactful returns and justify his place in the team.