From Narayan Jagadeesan’s monumental 277 to Rohit Sharma’s epic 264, a look at the highest individual scores in List A cricket.
By Roshan Gede Wed, 23 Nov 2022 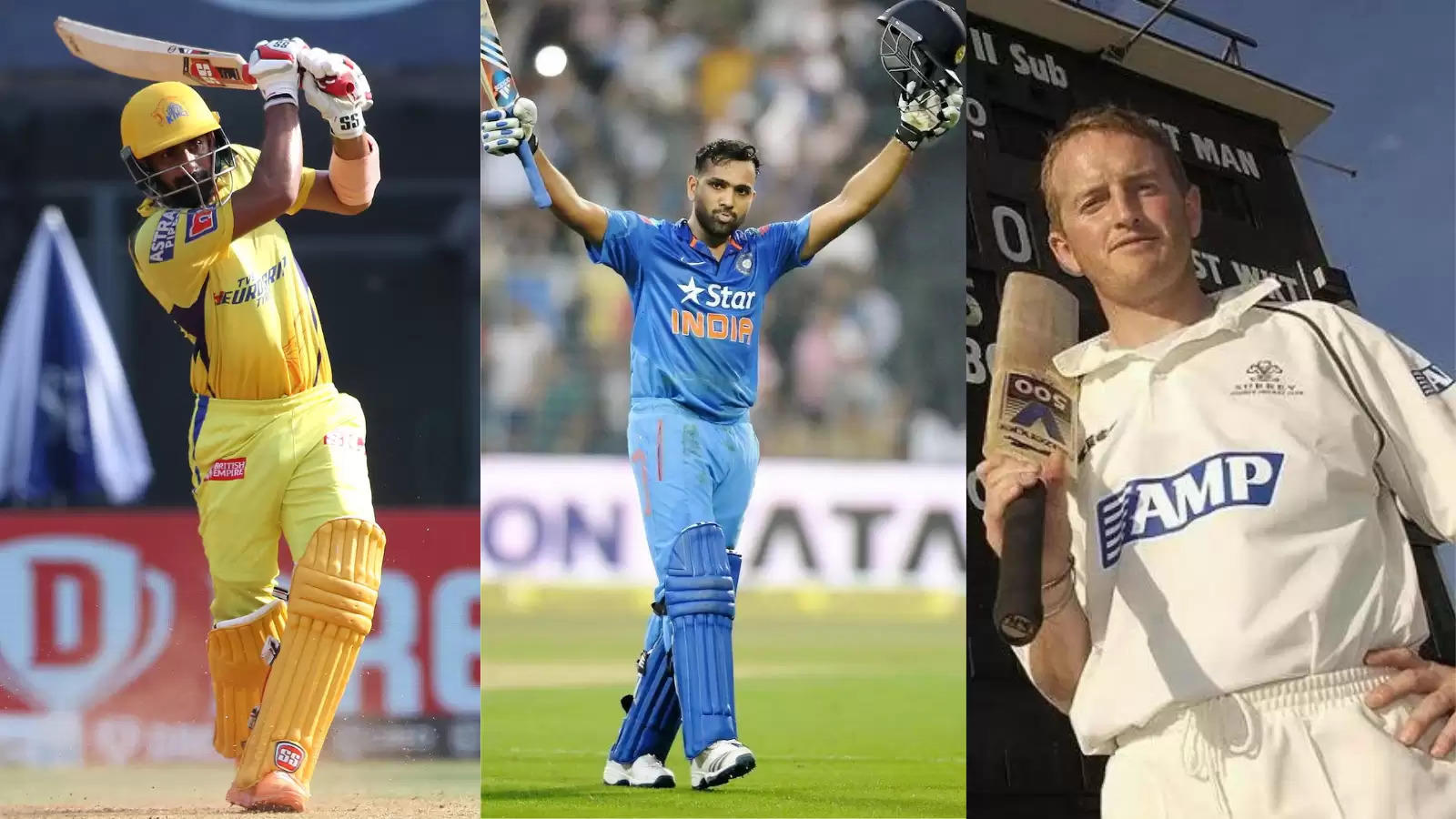 Perhaps in midst of one of the most imperious run for a batter in the format ever, Narayan Jagadeesan struck his fifth straight hundred at the Vijay Hazare Trophy 2022 - a monumental 277 (141) for Tamil Nadu against Arunachal Pradesh in Bangalore - and shattered numerous List A records during the highest individual knock in List A cricket.

Ali Brown had scored 203 for Surrey against Hampshire in an AXA Life League encounter in 1997, 20 short of Graham Pollock’s then all-time highest record of 222* from 14 years earlier. Brown went way better in a Cheltenham & Gloucester Trophy 2002 clash against Glamorgan at The Oval, smashing 268 off 160 with 30 fours and 12 sixes in an attack comprising Michael Kasprowicz and Robert Croft.

Surrey finished at 438/5, and that proved to be just enough in what turned out to be a crazy runfest, with Glamorgan responding with 429 all-out in 49.5 overs to fall short by nine runs. Surrey’s 438/5 was the record List A team total then, until being matched by South Africa in a thrilling, historic one-wicket win against Australia in Johannesburg in 2006, a game labelled as “the best one-day international ever played” by the late Tony Greig.

Returning from a finger injury that kept him out of action for two-and-a-half months, Rohit Sharma toppled ODI record charts with a majestic 264 off 173 against Sri Lanka in 2014. It came at one of his most happy hunting venues - the Eden Gardens, Kolkata - where he had led the Mumbai Indians to a maiden IPL triumph, and scored a 177 on his debut Test innings the previous year.

He was six off 21 in a rather slow start, and went to a run-a-ball 100 in the 32nd over, before striking 164 off 73 at the back end. Such was his dominance that he scored 100 on his own in the last 10 overs of the Indian innings, until being dismissed off the last ball in a team-effort of 404/5. Sri Lanka were skittled out for 251 in their chase, 13 fewer than what Rohit had managed on his own. It is worth noting that he was dropped by Thisara Perera at third man when on four early into his innings, and it turned out to be the costliest drop (statistically) in white-ball history. Having struck his first ODI double against Australia a year and 11 days earlier, Rohit struck another against Sri Lanka in Mohali in 2017 to make it three, a feat unmatched in ODIs till date.

As our champion @ImRo45 turns 32 today, we pull out his epic knock of 264, the highest individual ODI score ever. #HappyBirthdayRohit

D’Arcy Short’s 257 in the JLT One-Day Cup 2018 is perhaps the most outrageously single-handed batting effort in List A cricket, for it came in an innings of 387 all-out in 47 overs in an innings in which none of his teammates could cross 20. That in a line-up featuring Marcus Stoinis, Josh Philippe, Josh Inglis, Ashton Turner, Hilton Cartwright and Cameron Green, with the left-hander having walked in to bat at 19/1 in the third over, which would become 112/4 with Stonis’ dismissal in the 19th.

Short struck 15 fours and 23 sixes against an attack comprising Billy Stanlake and Mitchell Swepson among others, the latter being an all-time record in the format. Queensland were bundled out for 271 in 42.3 overs in response as WA secured a rather comfortable win.

Shikhar Dhawan scored a sublime 187 on his Test debut against Australia in Mohali in March 2013, and followed that up with a Player of the Tournament performance in India’s victorious ICC Champions Trophy 2013 campaign in England a few months later.

The left-hander celebrated his glorious run with 248 off 150 in an away tri-series encounter for the A side in Pretoria - a record in List A cricket by an Indian, until being surpassed by his opening partner Rohit Sharma the following year. Dhawan stroked 30 fours and seven sixes until being dismissed in the 45th over.

Skipper Cheteshwar Pujara (109* off 97) was the other notable contributor in a team effort of 433/3, and hundreds from Reeza Hendricks and Vaughn van Jaarsveld were not enough for the hosts, as they would fall short by 39 runs.