With Tamil Nadu becoming the first team to breach the 500-run mark in List A cricket, here’s a look at the highest team totals in the format.
By Roshan Gede Wed, 23 Nov 2022 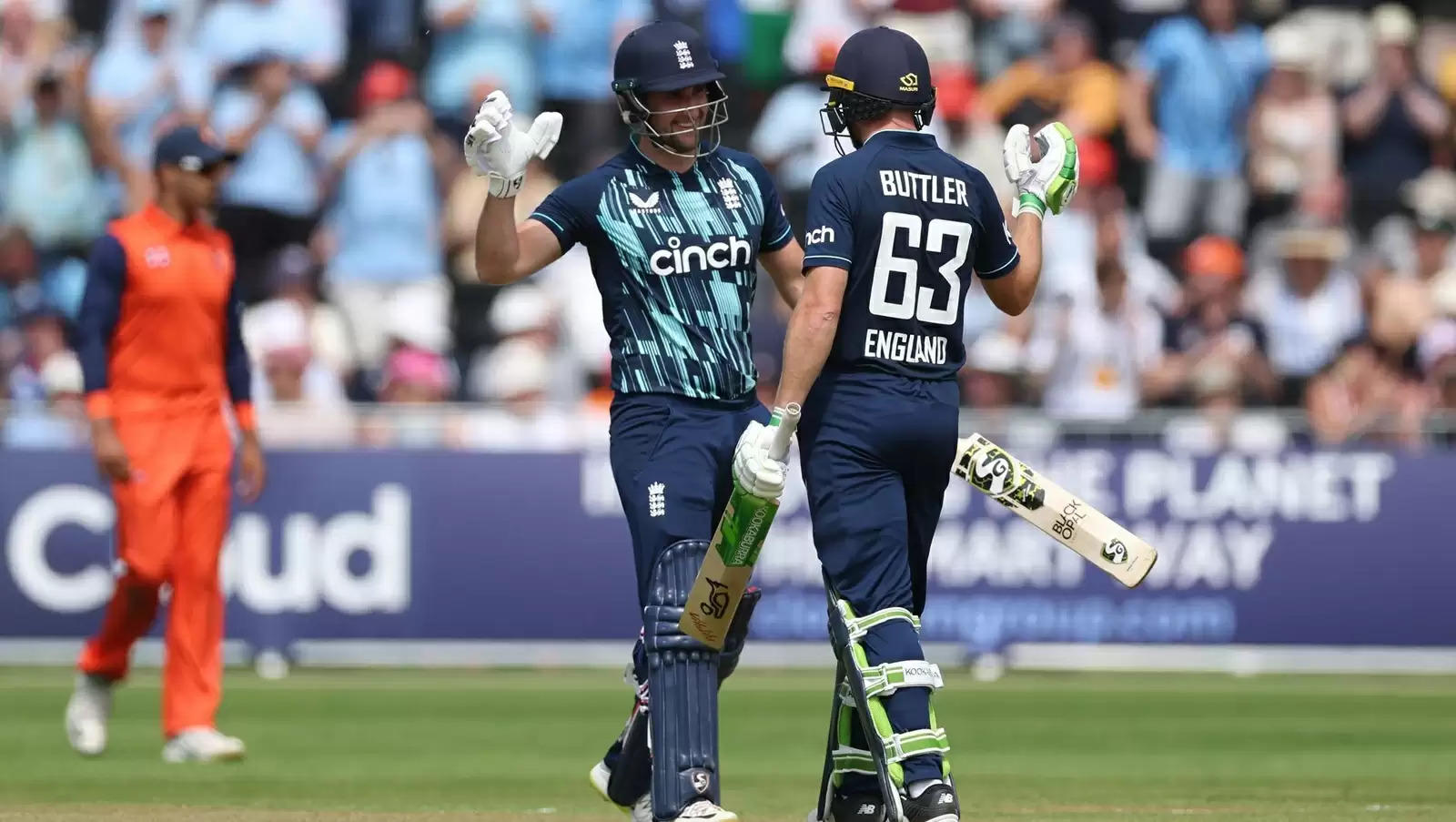 England’s 498/4 against the Netherlands earlier this year, is the highest team total in ODIs till date.

Tamil Nadu etched their name into record-books, becoming the first ever team to cross the 500-run mark in List A cricket, nearly six decades after the first match in the format was played. Led by N Jagadeesan’s record 277(141) and Sai Sudharsan’s 154    (102), Tamil Nadu finished 506/2 against Arunachal Pradesh in an Elite Group C encounter of the ongoing Vijay Hazare Trophy 2022/23 in Bangalore on Monday, November 21.

Arunachal Pradesh were bundled out for 71 in 28.4 overs to hand Tamil Nadu a massive 435-run win, one of the many records registered on the day.

Before Tamil Nadu, England came tantalisingly close to breaching the magic 500-run figure, finishing two short in the first of three ODIs against the Netherlands in Amstelveen in June this year. Phil Salt (122 off 93) set it up with his early blitz, as did Dawid Malan 125 (109), but the showstopper was Jos Buttler’s 162* off 70, that featured seven fours and 14 of the world-record 26 sixes smashed by England. Liam Livingstone applied the finishing touches with six fours and as many maximums in his 66* off 22, which propelled the visitors to a record ODI total.

Netherlands managed 266 in response to go down by 232 runs.

All 26 sixes from our new world record 🤩

In an effort fairly ahead of its time, Surrey scored 496/4 against Gloucestershire in a Friends Provident Trophy 2007 clash at The Oval, less than a year after Sri Lanka had put up 443/9 against Netherlands to achieve the then highest total in List A cricket. Openers Ali Brown (176 off 97) and James Benning (152 off 134) set it up with a 294-run stand, while Rikki Clarke (82* off 28) and Jonathan Batty (29 off 10) finished with a flourish at the back end.

Eoin Morgan’s England rose as a dominant white-ball force in the second half of the last decade, smashing various batting records, while consistently challenging their own in an imperious run. They smashed 481/6 in the third of five ODIs against Australia at Trent Bridge in 2018 - the then highest ODI total - bettering their own 444/3 against Pakistan, scored at the same venue two years earlier. Alex Hales (147 off 92) and Jonny Bairstow (139 off 92) were the chief contributors, well supported by brisk fifties from Jason Roy and Morgan. Australia, in fact, managed to pull things back in the last four overs of the England innings, conceding just 31, while managing three wickets.

That was perhaps the lone passage that went in their favour on a day they would go down by 242 runs - their largest defeat in terms of runs in ODIs.

India’s young top-order batters sizzled in this A team’s tour game against Leicestershire to power them to a mammoth 458/4 from 50 overs. Prithvi Shaw scored 132 off 90 in a 221-run opening stand with Mayank Agarwal from 26 overs. Agarwal was retired hurt for 151 off 106, with Shubman Gill playing his part with 86 off 54.

Deepak Chahar returned 3/24 in the second half, and Prasidh Krishna, Axar Patel and Deepak Hooda bagged two wickets each to round off a comprehensive 281-run win.

ALSO READ: ‘Wonder why Prithvi Shaw isn’t a part’ - Aakash Chopra on India’s T20I squad in NZ
From around the web
Weekly Trending