A look at India’s upcoming fixtures in the World Test Championship 2023 cycle, and what they need to do to progress to a second straight final.
By Roshan Gede Wed, 6 Jul 2022 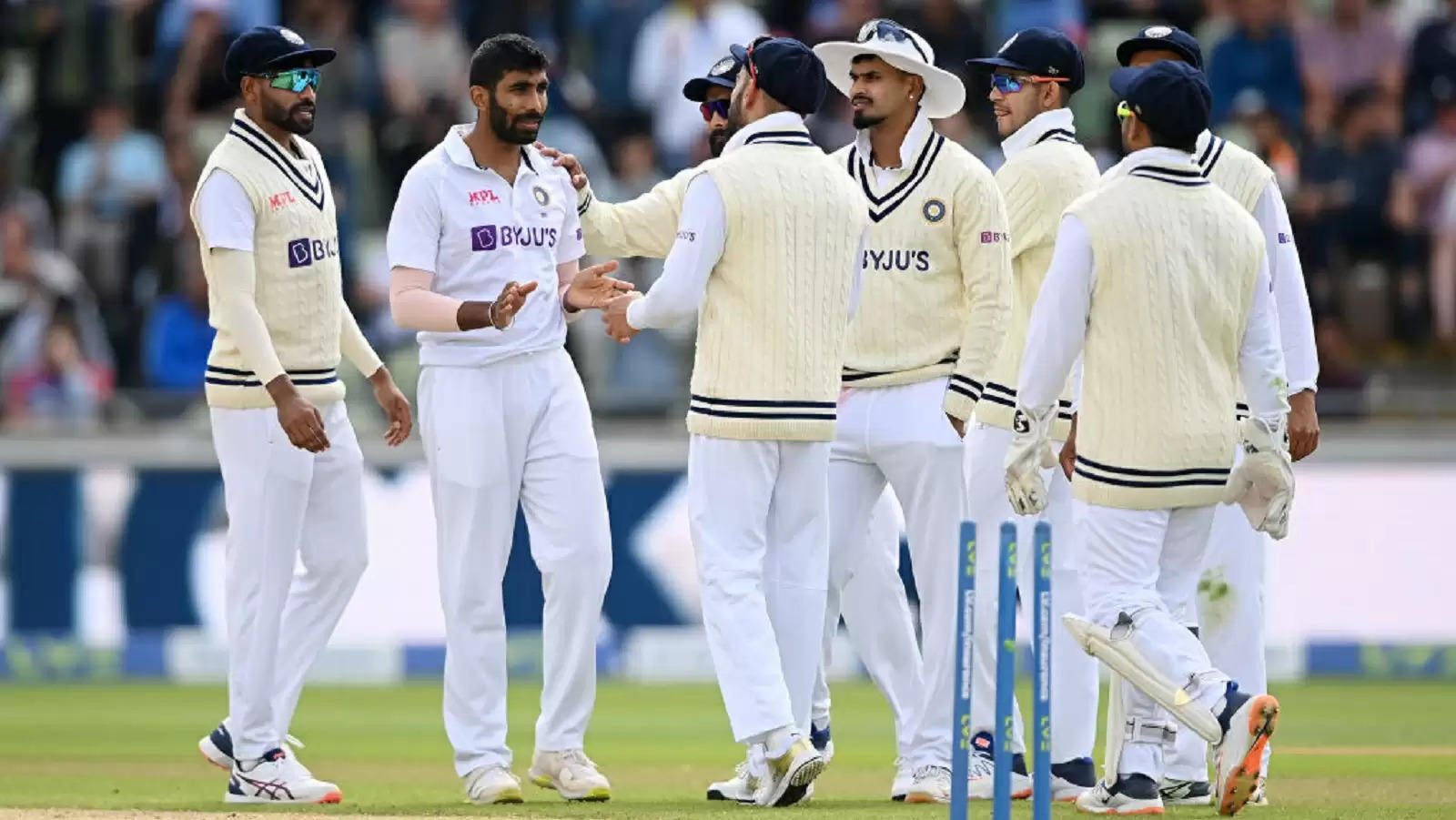 India have slipped to the fourth position in the WTC 2023 points table after the Edgbaston Test.

India lost the rescheduled fifth Test against England at Edgbaston, with the hosts completing their highest ever successful run-chase Tests - 378, by a seven-wicket margin - on Tuesday. India were also docked two WTC points, for maintaining a slow over-rate during the game, which has resulted in them slipping down to the fourth spot in the points table, with Pakistan climbing to third.

India had been docked two points in the series opener at Trent Bridge last year, and another against South Africa in Centurion, which now takes their tally of deducted points to five.

Australia and South Africa currently top the table, and are well placed to make it to the final, while India and Pakistan too, have a decent shout. Defending champions New Zealand and England are virtually out of the race, despite latter's four straight wins at home in the ongoing season.

This is now the 9th highest successful run chase in Test history! And the first run chase of 350 or more against India.#ENGvIND pic.twitter.com/bKqj3AisPr

How many teams are in contention for a top-two finish in the WTC points table?

Australia and South Africa are the frontrunners as of now, but India and Pakistan are not far behind either, especially the latter, who have now claimed the third spot and play their remaining games in the subcontinent.

Sri Lanka too, placed sixth currently, are in with an outside chance, but that has taken a significant dent after their defeat to Australia in Galle last week.

How can India qualify for the WTC 2023 final?

India are still in with a chance to finish top two, but a win at Edgbaston could’ve made their progress easier.

They have six games remaining in the WTC 2023 cycle: four at home against Australia, and two away against Bangladesh. That means India can win a maximum of 72 points to be won - 12 for a win each - and should there be no over-rate offence, their points tally can potentially soar to 147, making it for a points percentage of 68.05.

That would confirm their ascendancy to the top two, given that Australia’s standings would take a hit if they lose to India.

One defeat would mean that the maximum points percentage India could attain dips to 62.5, but that could still keep them in the hunt. They’ll need to win at least three games against Australia to be in with more than a decent chance, while hoping for some of the other results to go their way.

How are the other contenders placed?

Australia registered a dominant 10-wicket win over Sri Lanka last week, and a 2-0 series sweep would take their tally upto 96 points and a points percentage of a solid 80%, thereby adding more spice to their series against India.

South Africa face a stiff challenge in Australia and England, where they’ve had success in the past, and a win in one of those should serve them well, provided they beat West Indies in the two home Tests.

Pakistan could be the dark-horse, as they have a genuine chance to topple at least one of the top two, with five of their remaining seven Tests at home - three against England and two against New Zealand. The two away Tests are in Sri Lanka, where they’d won by a 2-1 margin on their last trip in 2015, and are well placed for a repeat with Yasir Shah’s return.

Sri Lanka would eye to win the second Test against Australia to keep themselves in with an outside chance, before tough assignments against Pakistan and New Zealand (away) follow.

The exciting part for India and Pakistan fans is that all their remaining fixtures are scheduled to be played in the favourable sub-continent conditions, and that presents a great chance for the arch-rivals to face-off final next year. The two teams haven't played each other in Tests since 2007.

Can the points deducted on over-rates take bearing on the eventual standings?

Most definitely! Australia missed out on making the final of the inaugural WTC Final final last year, due to an over-rate offence in the Boxing Day Test against India. The five-time ODI World Cup winners lost four crucial points following that eight-wicket defeat, and the eventual difference in points-percentage between them and the eventual winners New Zealand was mere 0.8%.