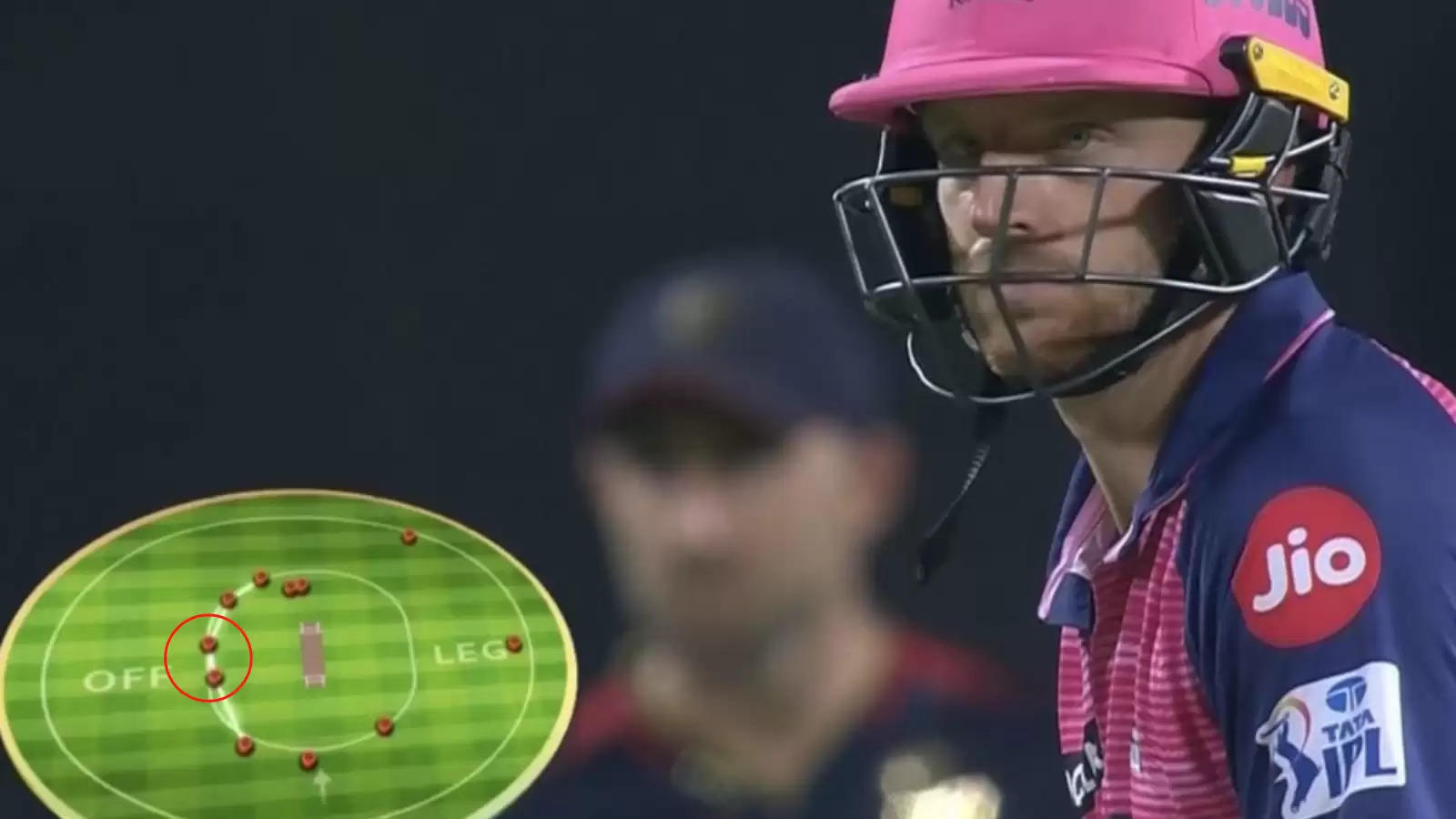 Jos Buttler had struck 491 runs with three centuries heading into the RCB-RR clash in Pune.

Heading into Tuesday (April 26) night's IPL 2022 league-stage encounter, an in-form Jos Buttler posed the biggest threat for the Royal Challengers Bangalore (RCB). The Faf du Plessis led side had to overcome the towering presence of the explosive Rajasthan Royals (RR) opener if they were to have a chance.

Before taking on the RCB in Pune, Buttler had compiled a whopping 491 runs from his first seven innings for RR, including three blistering hundreds. To tame the aggressive right-hander and limit his potential damage, RCB needed a powerful method and perfect execution.

As it turned out, after scores of 116, 103, 100, 70* and 54 in his last few matches, Buttler endured a rare failure, getting out for 8 off 9 balls. Removing their biggest threat early from the contest gave RCB a strong foot into the proceedings and a chance to get on top of the opposition.

RCB failed to make that opportunity count, but the fact that they restricted RR to 144/8 shows how much Jos Buttler-dependent the Royals have been and how invaluable his wicket is. But the big question is what different did RCB do from other teams to get rid of the rampaging English right-hander this early?

A Twitter user going by the handle @Static_a357 picked up the tactic and highlighted it very well on social media, stating how a smart plan and ideal execution helped RCB keep the dangerous Buttler at bay in their league game.

RCB’s fieldset to Buttler and his wagon wheel vs pace.

Buttler hits very few shots through the traditional cover - ALL his drives for 4 come squarer.

The region was blocked off, choking his options and forcing him to go leg side. A few shuffles and he spooned one up. pic.twitter.com/hrL9ZTH8Y8

To start off, the RCB think-tank focused on cutting down Jos Buttler's scoring opportunities through the off-side. Recognising that most of Buttler's off-side drives come through square on the off-side rather than the traditional cover region, RCB blocked that up with multiple fielders placed on the edge of the 30-yard circle.

In a simple but mighty effective plan that put Buttler off his usual game plan, RCB got him playing through the leg-side quite early into his innings. From the get-go, the idea was to disturb the batter's rhythm and flow, for which they even started with the part-time spin of Shahbaz Ahmed before reverting to their premier quicks.

Both Mohammed Siraj and Josh Hazlewood looked to keep the lines outside the off-stump but close enough so as to not provide Buttler width and the freedom to go over the in-field, forcing the right-hander to drag the ball to the on-side.

To counter the plan, the batter tried shuffling at the crease to force Siraj and Hazlewood to change their line. Buttler had done this in previous games against the likes of Mohammad Shami and Umesh Yadav to very good effect. It has been his strength, and an integral part of his game.

But Hazlewood stuck to his guns and used the spongy bounce on the track to his advantage, not for once erring too full, which would've been ideal fooder to Jos Buttler's attempted sweeps and scoops. The Australia pacer made it the most painstaking nine-ball stay of the tournament for the England batter and eventually brought about his downfall.

Forced to drag another ball from outside the off-stump, Buttler found one too wide and too high to cleanly execute his attempted pull shot, as he could only half-swipe the ball to the mid-on fielder, who took an easy catch.

It was the fruition of a strong plan and its excellent execution from the RCB management and their bowling team, especially Hazlewood, who did not let Buttler's shuffles affect his line and stuck with it to remove the big fish.