South Africa need Lungi Ngidi to make amends in the shortest format after years of struggle to be his team's dependable third seamer.
By Kashish Chadha Tue, 25 Oct 2022 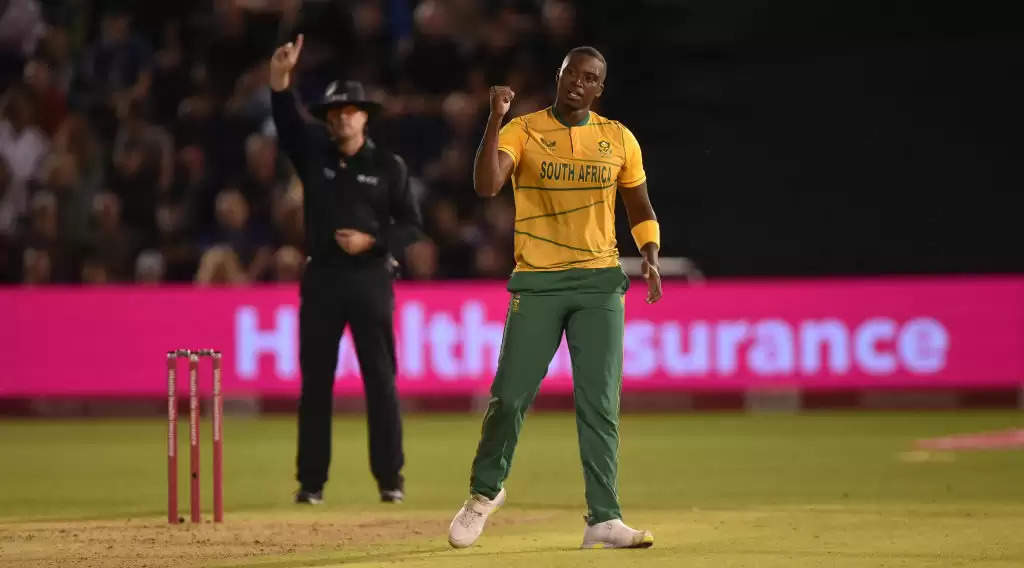 Lungi Ngidi has had a costly presence in South Africa's T20I attacks over the years despite faith shown by the Proteas.

South Africa enter the T20 World Cup 2022 in Australia as one of the darkhorses of the tournament. The Proteas, who were one of the most impressive performing teams at the competition last year's iteration in UAE, will be geared up to back their strong campaign with success in conditions that would be familiar to them.

Part of a Super 12 group that puts them in contest with Asian rivals India, Pakistan and Bangladesh, apart from the two preliminary qualifiers, South Africa will be determined to edge out their opponents through the sheer better grasp of the surfaces Down Under.

Grown in similar conditions back home, South African batters will be expected to dominate the proceedings and their bowlers deemed to impose their presence on opposition batters via high-end speed and chest-high bounce.

The latter of the two could be an important trait in play throughout Proteas' campaign for the tournament, making prominent figures of Kagiso Rabada and Anrich Nortje key in dictating their team's on-field fortunes. But while the two speedsters hog most of the limelight, the understated figure of Lungi Ngidi may also have a critical part to play in South Africa's quest for the coveted trophy.

For Ngidi, the forthcoming month in Australia is pivotal as he continues his strife to justify all the trust and persistence that South Africa have shown over the years in him. The tall speedster has had a really costly presence in the T20I oufit, carrying an ER of 8.91 over 32 matches for the Proteas. He has an eye-catching strike-rate of 12.4 for his 51 scalps but their impact gets largely nullified by the runs he tends to concede at his end.

Given his tall stature and high-arm release, one would expect Lungi Ngidi to be someone capable of executing the hard lengths to perfection. But the seamer has erred consistently with the ball, becoming almost dispensable to the team's cause. Ngidi has an expensive powerplay ER of 8.16 as it is, it rises to an alarmingly high 10.06.

Despite that, however, South Africa have been backing their promising Test speedster to finally assert his presence even in the shortest format of the game. Ngidi may have only stood out sporadically for the Proteas but they've left no stone unturned in enabling his ensuring he is ripe to succeed. The time has come for Ngidi to reward the selectors and the management by thriving on their support at the big event in Australia.

The large square boundaries at most Australian grounds shall give Ngidi a greater cushion as he tries to leave his imprint on games. The bowler can bank on the shorter lengths and also his off-cutters to good effect.

Ngidi has a weak yorker to boast of, taken for plenty over the years at the death. The pacer should pragmatically put that aside, and look to be South Africa's middle-overs specialist with the ball, providing a varying option around their spin twins: Keshav Maharaj and Tabraiz Shamsi.

Bowling with an open field amidst big boundary dimensions would give so much more breathing space to him while Ngidi tries to elevate his skill and range as a bowler on the sidelines. Either way, this is the moment of reckoning for him, one where he must emerge as an able support cast to the rest of the attack and make his own impact on matches for South Africa.

A good T20 World Cup for Lungi Ngidi will not just help him make amends after years of repeated struggles in T20Is but would also amplify the South African bowling attack, which needs its usual suspect to press home with the advantage of the conditions in Australia.