Rishabh Pant has been a longstanding beneficiary of India wanting a left-hander to bolster their middle-order options.
By Kashish Chadha Wed, 7 Sep 2022 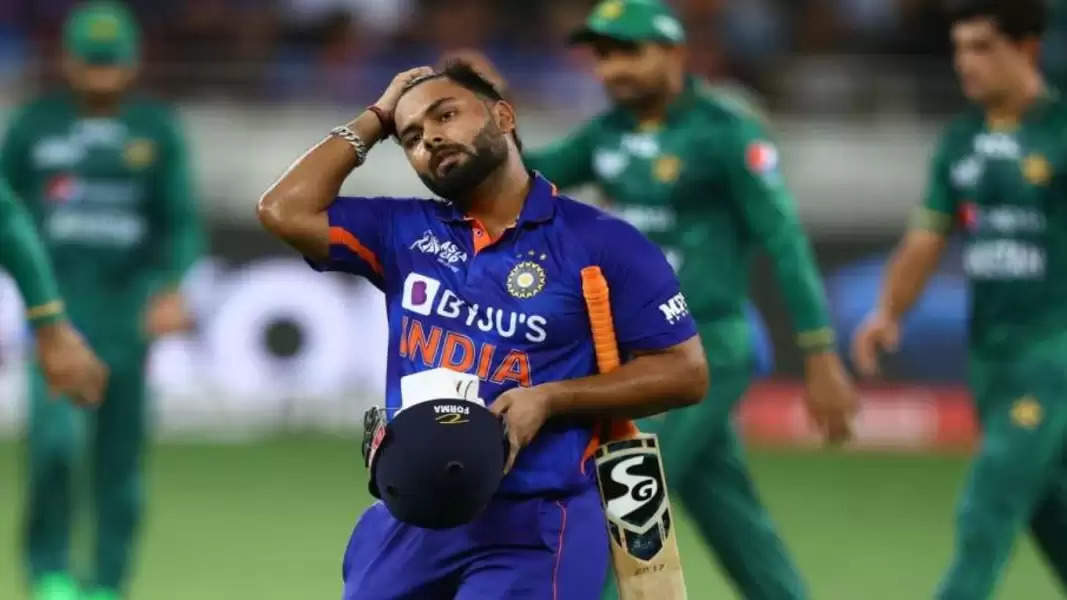 Rishabh Pant has a horrible record in T20Is over 50 matches for India but continues to get the nod as the only left-hander in the top 6.

Rishabh Pant should be in the Guinness book of world records for seemingly being the only left-hander capable of fulfilling a middle-order role in the country right now. Pant has been extremely fortunate with his present scenario that he may as well earn some good rewards for it. For otherwise, on merit he doesn't deserve a spot for himself in India's first playing XI in T20Is.

In a perplexing career trajectory, Pant has been a longstanding failure in T20Is while becoming an impactful cog in India's Test match wheels and a player of rising influence to their ODI fortunes. The 24-year-old has a strike-rate of 126.24 and averages 23.43 after 50 T20I innings for India.

Pant's initial struggles in the shortest format were attached to an irregular presence in the XI and an unclear role in the batting side. But despite the current team management under coach Rahul Dravid assigning him a specific part and providing him greater assurance of his place, the left-hander remains a miss with bat in hand.

The logic with Dravid is simple, even if overstated at times, a left-hander in the middle with the explosiveness of Pant can prove a real handful in countering the opposition spinners through the middle stage while making it significantly tougher for them to set fields with the left and right combination.

But his two innings against Pakistan and Sri Lanka at the Asia Cup in Dubai typify the Rishabh Pant debacle that India have had to swim over. Sent with the intention to blast left-arm spinner Mohammad Nawaz, Pant snail-walked his way to a painstaking and match-losing 14 off 12 in a high-scoring thriller. Two days later, asked to take on one of the weakest seam attack at the death, he mustered an ineffectual knock of 17 off 13 balls in another Indian defeat.

How does he justify batting like this with obvious powerhitting capabilities and all the backing?

The Rishabh Pant fiasco in T20Is

That ability is on display when Pant comes out firing in Test matches and ODIs against attacking lengths, lines and trajectories and shapes matches.

It isn't that Pant has no body of work facing the defensive ploy. He has been a player of great affluence in his role as a middle-order aggressor in the IPL, averaging a healthy 34.61 with a strike-rate of 147.97 after 98 matches for Delhi.

Pant has an even more shocking split for the ball turning into him from the IPL to T20Is for India. While he goes at 157.7 and 148.6 against left-arm orthodox spin and right-arm legspinner in the IPL, the youngster goes at a pedestrian 123.3 and 124.1 versus the two in T20Is for India.

With the ball coming into him, it should be easier for Pant to dispatch the opposition. But he continues to falter with it in T20Is, facing bowling line-ups that wouldn't be too much an upgrade on first-choice IPL attacks. It makes for a baffling case, one that India have had to manage their game around.

Why then does the current think-tank continue to persist with Rishabh Pant? Because despite being a longstanding failure, he is their most plausible left-handed option to bat in the middle-order. Pant is mighty fortunate to have retained his spot after a horrible record under his belt over such a large sample size, with no immediate competitor of similar resolve breathing down his neck.

In their Asia Cup squad, India's only other left-handed batting option is Axar Patel, who came in after the injury to Ravindra Jadeja. But despite reasonable improvement in his hitting prowess over the past year, the team management can't yet trust Patel to do the middle-order duties heading into a T20 World Cup in Australia. That's why they've instead played Deepak Hooda, a player more capable of the powerhitting job.

Patel maybe a spin bowler of greater control and leash than probably even Jadeja for T20s, but he doesn't inspire the same level of confidence with bat in hand for Dravid and company as Jadeja and Hooda do. Hooda could've fitted in at No.4 in a role that he did exceptionally well for Lucknow Super Giants in IPL 2022. But Dravid-Rohit duo want to give Pant extra opportunities, hoping to get the maximum out of his left-handed mould.

You wonder what if they had the option to replace him with someone like Ishan Kishan by now? But Kishan is another wicketkeeper-batter who is yet to find his feet for India, even in the IPL. His technical aptitude against pace while facing the new-ball and range countering spin with the old ball have attracted major question marks over his ability. This is the reason the team management didn't take him to UAE.

The IPL and domestic cricket have a plethora of left-handers but they don't bring Rishabh Pant's promise and explosive ability to the table. India can't, for instance, give Nitish Rana the same consideration just because he is a left-hander. Rana works in a limited role for KKR, but isn't a shade on Pant's calibre for India.

The Pant fiasco fumes us from the outside, but to think from Dravid's perspective, there is a reason why this set-up continues to go down his path. They're forced to give him a nod to the effect that they are willing to let go of even Dinesh Karthik from their first XI, whose 16-20 SR over 28 T20I innings stands at 186.04 but has been warming the bench at the Asia Cup.

The situation is frustrating to dig into, but one that throws the reality of the situation to our faces as well. India have no option but to continue backing Pant until they are ready to walk into a T20 World Cup without a left-hander in their top 6 and give oppositions greater leeway to execute their plans against them.

Rishabh Pant is extremely lucky. One can only hope he knows it.