There is a growing narrative in favour of Indian seamer's comeback when in reality he has been a longstanding T20I failure.
By Kashish Chadha Mon, 5 Sep 2022 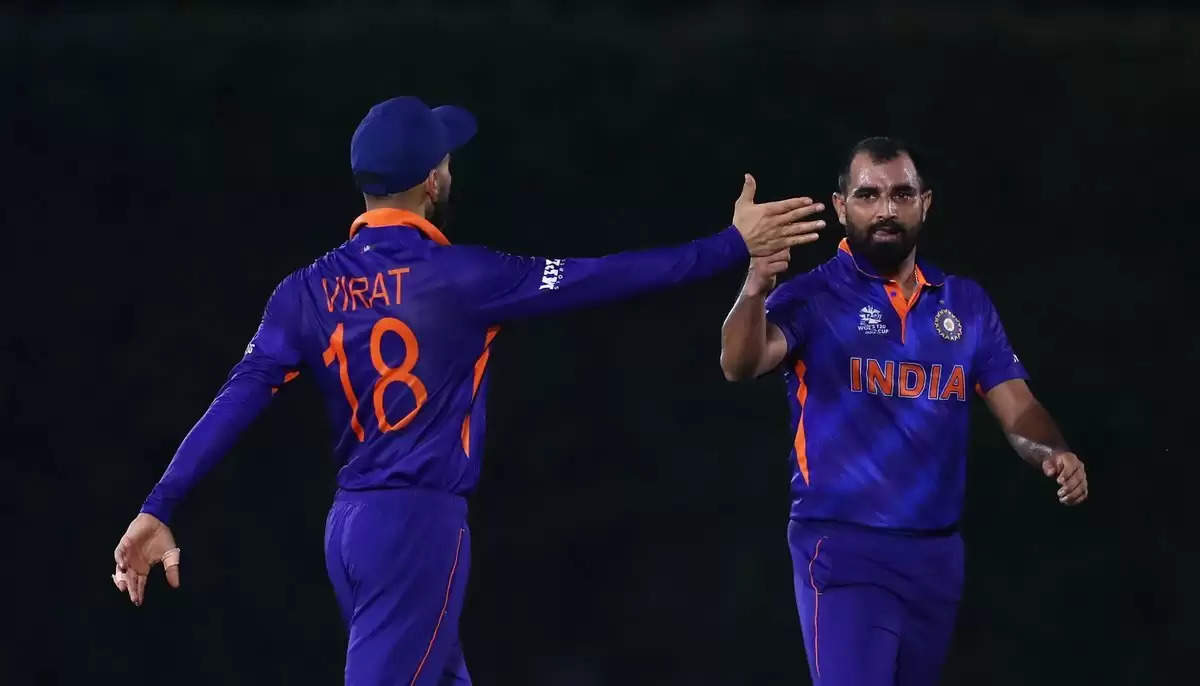 Mohammed Shami last played a T20I near the end of India's disastrous campaign at the T20 World Cup in UAE last year.

Three games and two humdingers versus Pakistan into the Asia Cup 2022 in Dubai, the most talked about Indian seamer of the competition so far has been Mohammed Shami. No, no.. you read that right. Shami need not take the field for India, the commentary team for the tournament has ensured he is the most active of all the pacers in thoughts and regards.

If fans earned a penny for each time the commentators mention the word "Shami" on the world feed after an Indian quick errs with his execution, they would seemingly be on the verge of cracking a jackpot.

Former New Zealand player Scott Styris was quick to lead the Shami bandwagon on Sunday during the critical phase of the Super 4 clash against Pakistan, when Bhuvneshwar Kumar and Arshdeep Singh were finding it difficult to counter the opposition death-hitters.

"You think India would be regretting not playing Shami in the side," Styris wondered to his co-commentators, before Wasim Akram nodded in agreement. Sanjay Manjrekar also expressed a sense of surprise over the pacer's absence.

On Twitter, Aakash Chopra, whose popularity with the Hindi fandom shapes opinions, wrote "I’d be very surprised if Md. Shami isn’t on the flight to Australia" after Arshdeep and Avesh Khan struggled in the match against Hong Kong.

It becomes a classic case of little homework being put in by our esteemed 'experts' into their post-retirement work. One can understand and ignore when fans raise the stocks of those sitting on the sidelines or not part of the squad with knee-jerk reactions. But when the commentators, whose word of mouth influences the narrative, make such obvious tactical errors in their game-reading, you ask yourself as a viewer if these are times best to watch the match on mute.

In this case, they've been swelling the Shami perception without actually having gone deeper into recognising and understanding why the Indian seamer is not part of the plans anymore. Shami last played a T20I at the end of India's disastrous T20 World Cup campaign in the Middle East last November, which should've given these prominent faces the time to reflect and assess the whereabouts of his non-selection. But no, they continue pressing the query if India "would be regretting" not picking Shami.

In truth, the last thing India should be regretting is making a progressive move such as looking past Shami in T20Is. The team management and selectors should be patted on the back for being forward-thinking and tactically astute in acknowledging where their incumbent Test seamer continues to falter with his T20 game and acting upon it.

They've learnt it the hard way. The 32-year-old has an economy rate of 9.54 after 17 sporadic outings for India in T20Is. The decision-makers had a horrible tryst with Shami when they took him to the World Cup in UAE, where he gave away 8.84 runs an over at his end when the NRR was a massive factor in the aftermath of irredeemable losses to Pakistan and New Zealand.

A long prevalent perception about Shami the T20 seamer is that he is an incisive wicket-taker inside the powerplay and an improving prospect at the death. At the T20 World Cup last year, Shami took just 2 wickets inside the powerplay - none against Pakistan and New Zealand - and had a strike-rate of 24.0. His death-overs economy rate for the tournament, in which NRR boost was India's last hope, stood at 10.13. Shami has an overall career T20I powerplay average of 49 and an economy of 10.22 in the end phase.

Also Read - Have we seen the last of Ravindra Jadeja in T20Is?

The IPL tends to drive the narrative in Indian cricket these days, so lets dig into his record there. Since the beginning of the pandemic, over past three seasons, Shami has taken his 67 wickets from 53 innings at 8.21 runs an over.

In the powerplay, where some of his fruitful opening bursts have enabled those perceptions, he has collected a total of 22 wickets from 44 innings, a strike-rate of 27.27. At the death, in the same timeframe, Shami has been taken on for 10.53 runs an over in the IPL across 40 innings worth of bowling in the 16-20 phase.

Shami's career IPL powerplay average is 46.73 with 34 wickets from 102 innings and his death-overs economy rate an insipid 10.81 from more than 80 overs bowled across 62 innings.

Playing for Gujarat Titans this year, Shami began the IPL with a match-winning spell against the Lucknow Super Giants (LSG), taking 3 for 25 at the Wankhede. He finished 20 wickets at 8 runs an over for the tournament, which retriggered calls for Shami's T20I return.

Ignored amidst the narrative was the number of times he failed to come to the party at the death, conceding 9.63 runs an over against batting teams that were stretched out in an expanded 10-team tournament. Shami took 11 wickets inside the powerplay overs but that over 16 innings, with a strike-rate just shy of 100.

So if Shami is neither proficient inside the first six overs nor efficient at the death, how come there are calls for his inclusion to the Indian side?

You see perceptions have always fuelled the Shami plane more than reality, and a disappointingly ill-informed set of commentators peddle this narrative.

If they cared to divulge on his performances in greater detail, they wouldn't be so amused by the idea of him running up to bowl for India in T20Is, certainly not in the build-up to another T20 World Cup.

Despite the likes of Arshdeep Singh and Avesh Khan taking time to find their feet, it would be poor on the selectors' part to reconsider the Shami route with their decision-making.

They must not panic in wake of a few Asia Cup outings and track back on the progress they have made. When Jasprit Bumrah and Harshal Patel return and shoulder arms with the experienced Bhuvneshwar Kumar, the promising Arshdeep will have so much greater breathing space to correctly execute his skill under pressure and India will retain a strong outlook about their pace attack.

There is no need to go back to Shami. The pursuit for excellence commands forward-thinking, not rekindling the past.