Have we seen the last of Ravindra Jadeja in T20Is?

The team management maybe non-commital about his T20 World Cup prospects after knee injury, but Jadeja's moment of reckoning in T20Is is now.
By Kashish Chadha Sun, 4 Sep 2022 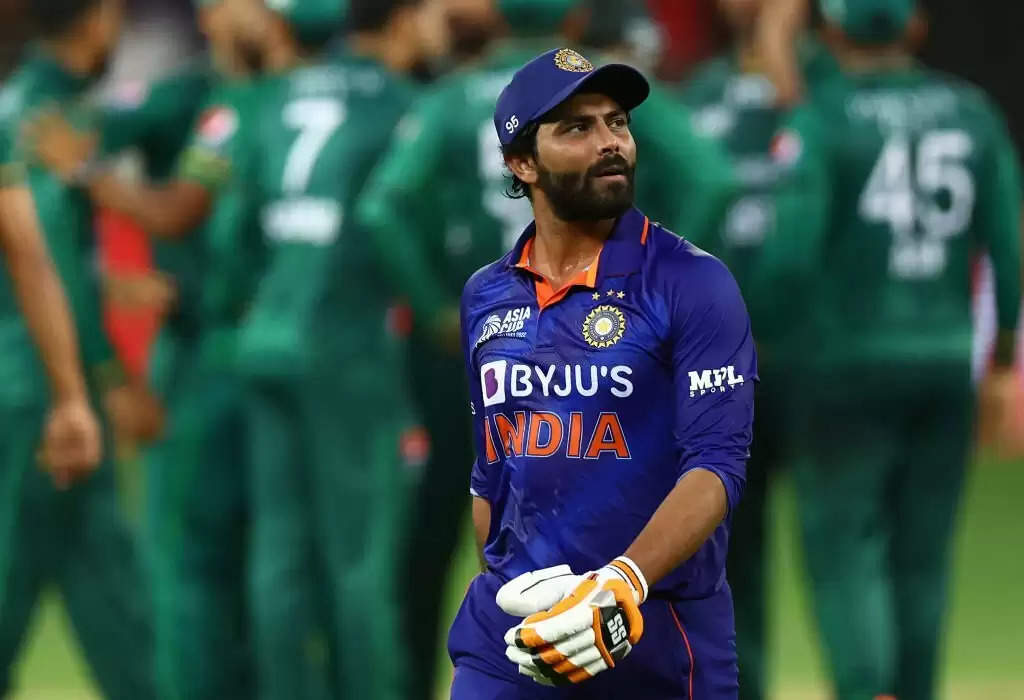 Ravindra Jadeja is an improved T20 cricketer but spree of injuries may put an end to his stay in the shortest format for India.

Amidst the talk around Virat Kohli's longstanding slump, KL Rahul's career-typifying shortage of intent and purpose, and Rohit Sharma's new mould as aggressor without acceptable consistency, it hit us only a few days back that maybe Ravindra Jadeja, too, is approaching his last leg as a T20I cricketer.

Unlike Rohit and Kohli, Jadeja doesn't carry constant spotlights over his head, with no borderline fan and media obsession with his career. But it is extremely concerning and cries for significant attention that the veteran allrounder has been battling a period of infrequent availability on injury grounds.

Since going down with a fractured thumb after fending a Mitchell Starc bouncer at SCG last year, Jadeja has featured in only 10 of India's 19 Tests, 14 of their 39 T20Is and just three of the 21 ODIs they've played. He has been down with a mix of injuries, including ones to his shoulder, the rib and now the knee, frustratingly at a time when his career is flourishing on the field, and worryingly for him, when he faces increased competition for his place in the shortest format.

The knee injury that has just ruled out Jadeja from the Asia Cup after a measured but critical match-winning knock versus Pakistan is on his right leg and is one that had also forced him out of the ODI series in the West Indies. That Jadeja could also take only a limited part in the T20I leg of the Caribbean trip suggested a recurring injury, which may resurface any time and ultimately require a surgery.

If he does undergo one now, the player is effectively ruled out of the T20 World Cup, with India's opening game less than eight weeks away. Avoid going through the knife for the tournament in Australia, he leaves himself vulnerable of aggravating the issue and getting sidelined for longer than he would want to settle for. The BCCI's medical staff may take that decision out of his hands. But without exaggerating, this is a moment of reckoning for Ravindra Jadeja at the highest level.

At 33, the last thing Jadeja would want is to sacrifice his irreplaceable standing in India's Test match set-up and an influential-albeit-fledgling presence in the ODI side to fulfil the aspiration to prove his mettle in T20Is over the next few months. Forced onto him by the spree of injuries, a decision on his future in the shortest format may be looming large on the cricketer at a stage when for the very first time in his career he is finding his footing in T20s.

Since the beginning of the pandemic, Jadeja has had a T20I strike-rate of 145.54 while averaging 58.80 for India. In the given timeframe, he has also bowled his skiddy left-arm spin at an economy rate of 6.66 and taken a wicket per innings.

The IPL 2022 may have been a damp squib on expectations with the cricketer, but he collected his runs in the previous two seasons for Chennai Super Kings (CSK) at a strike-rate of 157.73 and averaged 57.37 in a powerhitter's capacity.

Offering the team left-arm angle in either department, Jadeja could now fit in as an end-overs aggressor alongside Hardik Pandya, while also partnering him on joint fifth bowler's duties to enable balance, depth and options to India's playing XI.

Dravid used him as a floater against Pakistan in Dubai as the only left-hander in the top 7 in Rishabh Pant's absence. An option that opened up purely because Jadeja is now capable of delivering such knocks. Unlike when MS Dhoni asked him to move up on tactical grounds in a must-win T20 World Cup game versus England and he failed miserably.

Jadeja, the left-arm spinner, too, as his respectable economy rate would suggest, is now a more capable run-stopper than the one dispatched for a set of consecutive maximums in turns by Shane Watson and David Warner in Barbados. Used judiciously, in positive match-ups, the bowler could slip in a pair of tight overs, with Hardik honouring the rest of the fifth-bowler quota.

There maybe lingering doubts on his T20 capabilities still, but numbers back the case of a player whose past isn't a shade on his future. If not shower him with praise for it, we can respect his zeal to improve and carve his own role and space in the side.

The Ravindra Jadeja 2.0, however, is now at the cusp of being jeopardised with the number of injuries he has had to mend over in the past 18 months. Jadeja may push himself through this phase being an exceptional athlete, but his body is now dictating terms that his will has no command over.

It would be unpragmatic and disrespectful to expect Jadeja to quit the format himself, for that wouldn't be an India cricketer built on his resilience and grit above skill. But maybe the team management and selectors can make that call, prioritising only the Test and the ODIs with him going forward. The 50-over game maybe the weaker of the two suits of his, but Jadeja is inarguably the world's finest Test allrounder at present.

Under coach Rahul Dravid, India have tried to control the controllables with Jadeja's injury spree. While they've given him all the time and leverage as their numero uno spin allrounder, the decision-makers have smartly tried to also build adequate backups to him in this timeframe, with Axar Patel, Washington Sundar, Deepak Hooda among others claiming a place for themselves.

Among those three, Patel and Hooda seem in the immediate tussle to own the Jadeja role in the T20I side going ahead.

Both are capable of holding their own presence in either skill if backed earnestly and used tactically, and make India a more rounded side than the one Jadeja could be leaving.

Regardles of how the T20 World Cup goes, the next few months may unfold a story of the present overcoming the past to reveal a new dawn for India's T20I cricket.

With the next lot of players waiting to unleash their wings, the sun maybe setting down on some of the world's biggest names.

Can KL Rahul justify his numbers against the world's best bowling attacks?