The Indian skipper has taken the attacking route at the top of the order without offering the team enough runs to make significant impact.
By Kashish Chadha Fri, 2 Sep 2022 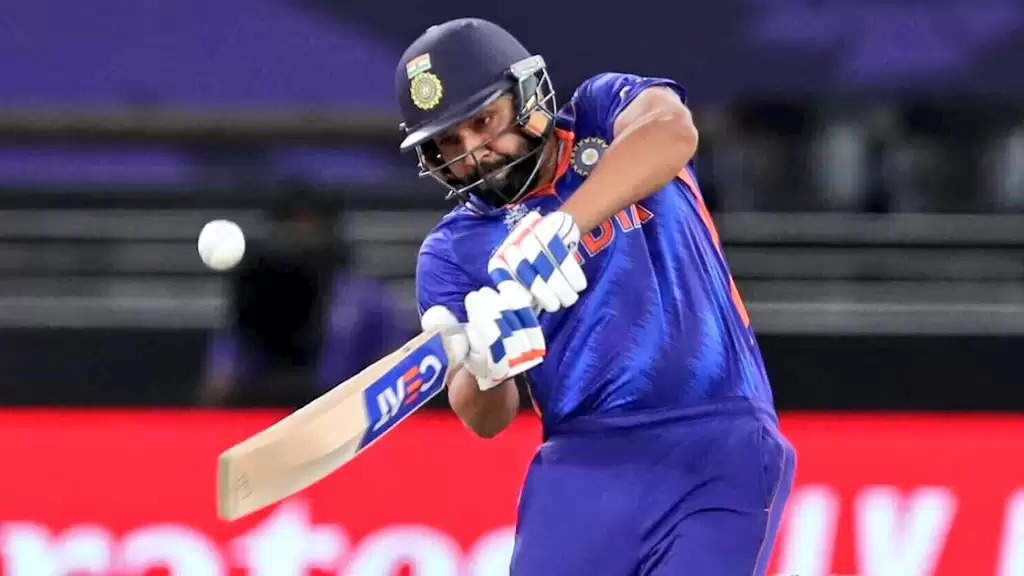 Rohit Sharma has a T20I strike-rate above 140 in the Dravid era but averages 28.35 as India build towards the T20 World Cup.

When India lost to Pakistan and New Zealand at the T20 World Cup in UAE and had their title dream realistically dashed, the hue and cry outside about the team invariably spread to claims of conservatism in the batting approach. That India have too many anchors present in their first XI had been the allegation for long; irrevocable defeats in Dubai only took the narrative forward.

In reality, India had never really been playing within themselves. From the end of the 2016 T20 World Cup at home till the end of the tournament's 2021 iteration in the Middle East, India went at an RPO of 8.60 while averaging 32.04 per wicket in T20Is involving only the traditional top 8 sides. No other team maintained as healthy a rate of scoring without compromising on their dismissal count for this phase.

This perspective was lost amidst all the criticism, with calls for an overhaul to the side. In reality, India could do with specific tweaks while building towards the next World Cup in Australia with better, collective planning.

For new coach Rahul Dravid, that planning has revolved around clarity and stability on the batting front. Dravid hasn't been shy to explore unexpected ideas but that is to unlock options, not to confuse himself. He opened with Suryakumar Yadav in West Indies to bolster India's top-order in case KL Rahul's injury spree continued, for example.

This sense of clarity and consistency about selection has given players greater freedom to attack the opposition bowling and do it more consistently. Since taking over in November last year, Dravid has shaped India into an even more aggressive batting unit: they've been scoring at 9.18 an over while averaging a very respectable 32.97.

A player trying to lead the bandwagon has been the skipper himself. Rohit Sharma has had a personal transition into a top-order aggressor, intent on providing the team quick starts and pushing the opposition on the backfoot. In the Dravid era, Rohit has had a strike-rate of 141.34 and has evidently played more strokes at the start of his innings than he did previously. What Dravid had hoped to implement, Rohit has tried to execute with success for India and asked his teammates to follow suit.

As a coach, Dravid would take heart from it. But something has been amiss. While no doubt Rohit has taken the right track as far as his intent is concerned, a legitimate claim is to be made that his transition hasn't been as smooth as he would've expected it to be.

The shift in approach has been more bumpy and erratic than enabling a flow of consistent runs off his willow. Rohit has collected only 489 runs and averaged 28.35 in the 18 T20Is he has played under Dravid. Outside his three fifties, there have been only five scores of 30 or more. That's 10 failures in 18 innings.

Rohit Sharma, the T20I aggressor - not so convincing

Establishing a success rate for a risk-driven approach can be hard, especially in T20, where teams have 11 individual resources to maximise 20 overs. But it wouldn't border on the ambitious to expect Rohit Sharma to average 5-7 runs more even in this role, considering he starts off inside the powerplay on fresh pitches, facing the new ball against unsettled bowlers when oppositions have only two boundary riders in place.

Rohit has faced an average of just 3 overs per innings in this phase, which means a chunk of his whole innings gets played in the field-restriction phase. It makes his average a problem, especially considering his powerplay strike-rate isn't any different to his overall strike-rate under Dravid.

In his 14 T20Is for the year, Rohit has had a strike-rate of 141.35 in the first six overs, averaging 28.62. Provided he is taking more risks, it wouldn't still be unpragmatic to think the right-hander should be offering more runs to India at the top as he has everything going in his favour to ensure greater consistency.

An average of 28 would be of immense value from an end-overs slogger, who has to walk in and immediately take on the bowlers with spread-out fields. Dinesh Karthik has a 16-20 strike-rate of 186.04 and an average of 29.09 over 28 T20I innings. He has been a player of great affluence and influence for India without really getting the recognition for it. Rohit has never been short of recognition, class, or flair but hasn't offered India enough India substance in a role easier than Karthik's. He has been riding a Ferrari without really travelling the distance.

Also Read - Is KL Rahul a T20I failure for India?

In truth, Rohit, too, is going through an evident decline with his reflexes. Approaching mid-thirties, this is the first time in his career that the elegant right-hander has been a touch short of time at the crease. The Rohit Sharma bar is set very high on this front, but for him to be dismissed on the short ball multiple times in this phase across formats has been telling.

Even for an upgrade in his approach, Rohit's strike-rate under Dravid is inferior to his strike-rate in the previous five-year period. He was going at 149.21 against traditional top 8 sides till the end of the T20 World Cup, managing to assert greater dominance in terms of his rate of scoring.

Possibly into the final months of his T20I career, it is admirable of Rohit to have tried to match that RPO at his end even now. But he is perhaps no more a player capable of replicating his own best, accepting and managing which would be Dravid's challenge.

A well-versed individual, Dravid wouldn't want his former teammate to take a step back from his aggressive ways, but needs him to also maximise his time out in the middle for India to gain enough substance out of his transition at the World Cup.