Meet Vicky Ostwal, the India U19 spinner bamboozling batters at the U19 World Cup 2022

The name of Vicky Ostwal is resonating around the cricketing world after his magnificent exploits in India’s ICC U19 World Cup opener. Facing the South Africans in a Group B encounter in Guyana, Ostwal delivered a terrific spell of 5 for 28 off his 10 overs to help his team make a winning start. Ostwal’s […]
By Kashish Chadha Sun, 16 Jan 2022 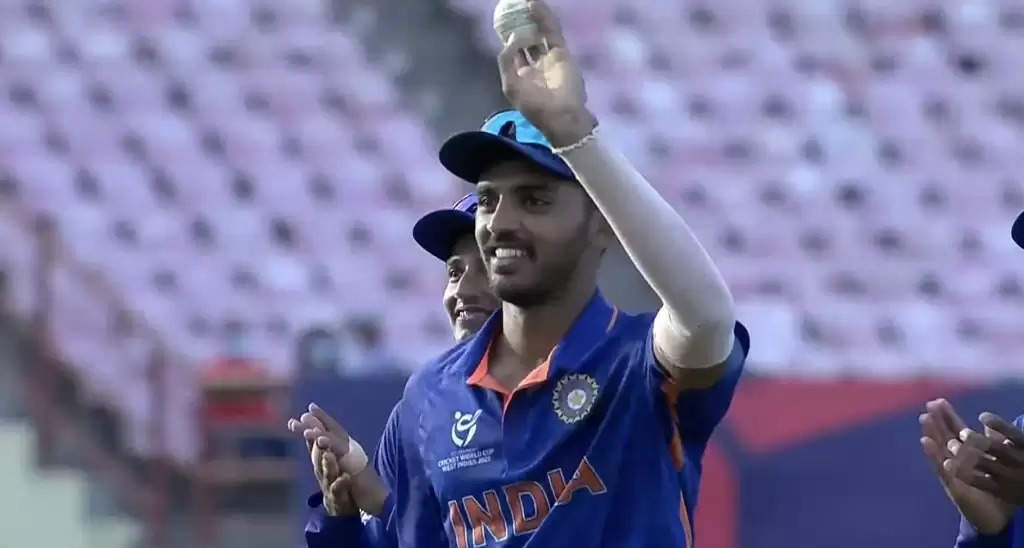 The name of Vicky Ostwal is resonating around the cricketing world after his magnificent exploits in India’s ICC U19 World Cup opener. Facing the South Africans in a Group B encounter in Guyana, Ostwal delivered a terrific spell of 5 for 28 off his 10 overs to help his team make a winning start.

Ostwal’s exploits featured three of the top 7 South Africa U-19 batters as the left-arm spinner dominated his way through an entire 10-over quota and allowed India U19 to dismiss the opposition for 187 after posting a less than ideal 232 in the second half.

For his eye-catching performance, Vicky Ostwal was handed the ‘Player of the Match’ award in his very first outing at an U19 World Cup for India. Ostwal made the dryness on a used surface at the Providence Stadium count to his advantage and focused on sticking to his basics in line and length, which troubled the South Africans.

Also Read – Teague Wyllie, Likened To Damien Martyn, Eager To Make His Mark In The U19 Men’s World Cup 2022 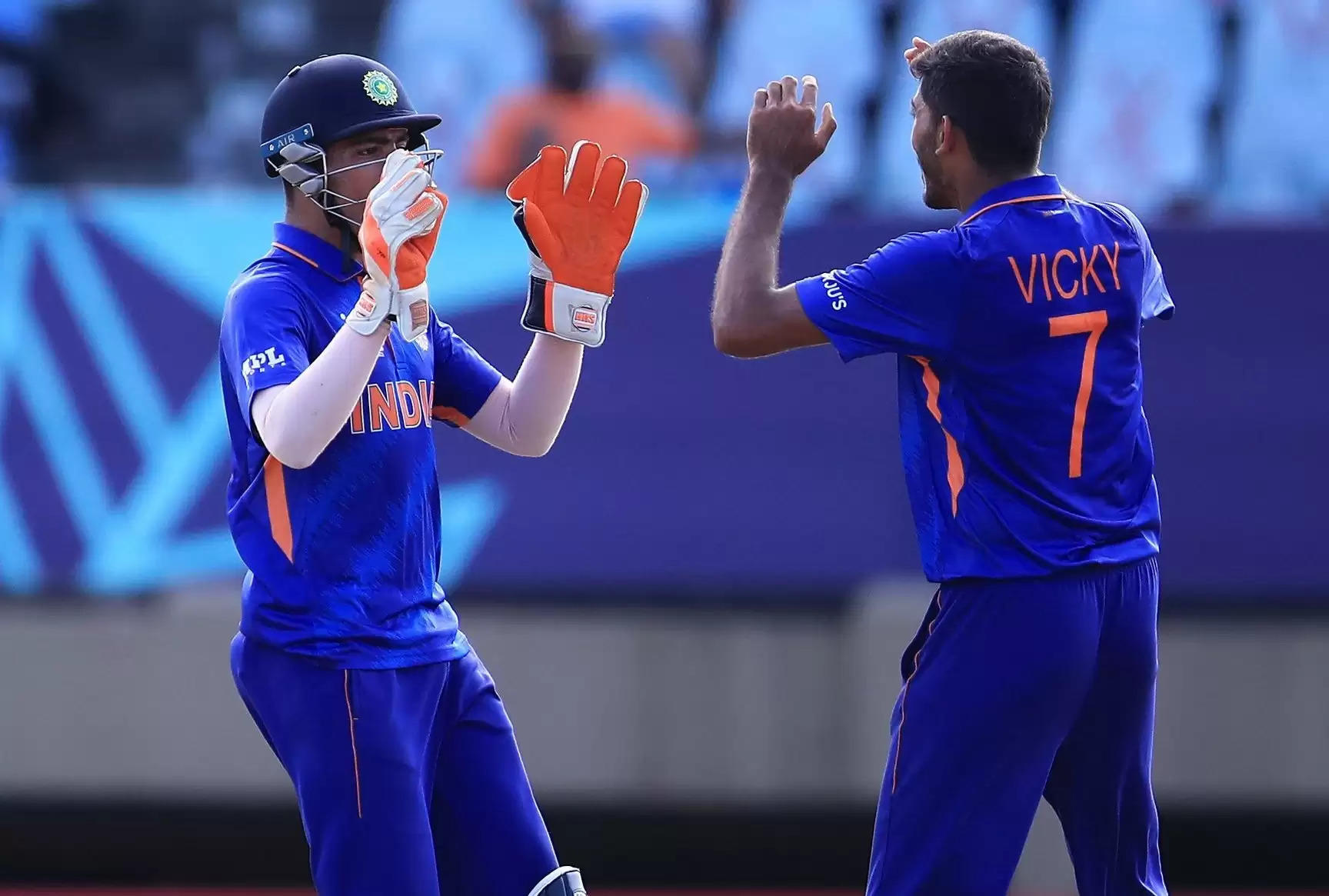 Vicky Ostwal made a eye-catching start to the ICC U-19 World Cup.

How Vicky Ostwal made India’s U-19 World Cup squad

In many ways, the wonderful five-for taken in the opening game of the youth World Cup is a culmination of years of hardwork by Ostwal, who comes from the Pune city of Maharashtra. Born in September 2002, the 19-year-old orthodox fingerspinner earned his World Cup selection after consistent performances in the tournaments leading upto it.

The most famous of which came in the final of the U19 Asia Cup in Dubai where his three wickets for 11 runs in a eight-over spell helped the Indians defeat Sri Lanka and earned him a ‘Player of the Match’ award.

Ostwal was India’s second highest wicket-taker in the youth Asia Cup 2021, bagging six scalps from his four outings with an average of 15.83 and an economy rate of 2.50. He was one of the stand-out bowling performers for India along with right-arm pacer Raj Bawa, the other hero of India’s win over South Africa.

Before the youth Asia Cup, Ostwal represented India B in the U-19 triangular series that also featured a visiting Bangladeshi side in India. Although the spinner didn’t take a wicket in his two outings, he was reasonably economical, conceding 5.84 runs an over.

While the tri-series didn’t quite go according to plan for the Pune-born cricketer, the junior selectors kept their trust in his talent and promise and gave him a go for the Asia Cup and the World Cup. A decision none of them would be regretting now that Ostwal is beginning to shine at the big stage.

Ostwal turned to cricket at a very young age, with his competitive cricket debut dating back to the 2016-17 domestic season when he was only 14. During the Senior Invitation League Tournament organised by Maharashtra Cricket Association (MCA), the left-arm spinner bagged a five-for in one of the matches facing Star CC(Senior).

From there, Ostwal got the nod to play the U-16 Vijay Merchant Trophy for Maharashtra under BCCI’s wings. In this event, his best performance came in the quarterfinal where he scored 94 runs and took five wickets to help Maharashtra U-16 win on the first-innings lead and progress further in the competition.

Having dominated his way through the U-16 age bracket, Ostwal earned his opportunity in the U-19 set-up where his encouraging performances in the Vinoo Mankad Trophy and the U-19 Challenger Cup pushed him into the national youth reckoning.