Our current World Test Championship XI features four players from India, three from Pakistan, and two each from Australia and England.
By Roshan Gede Mon, 1 Aug 2022 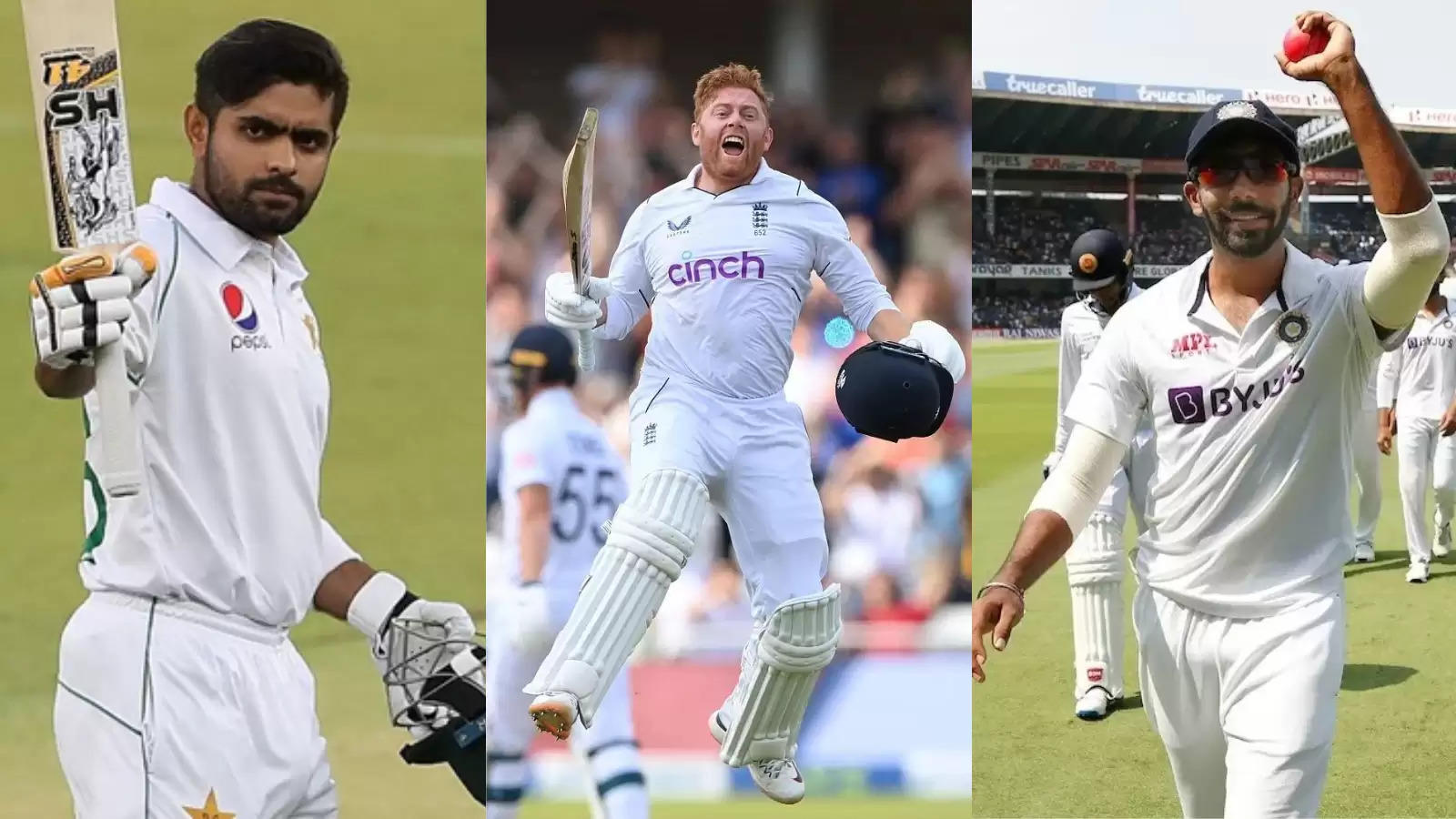 With the current World Test Championship cycle on a short break, we look at the best XI from the ongoing WTC 2021-23 cycle.

Usman Khawaja made a resounding comeback to the Test fold after a gap of two-and-a-half years, starting off with twin hundreds in the New Year’s Ashes Test at Sydney. He then registered scores of 97, 160, 44*, 91 and 104* in a scarcely believable run in Pakistan, before a match-winning 70 in Galle earlier this month. He was the outright choice as an opener in this team.

Abdullah Shafique has been quite a find for Pakistan, and has already received praises from experts and teammates after just seven Tests into his career. After fifties on debut against Bangladesh, the 22-year-old was highly impressive against Australia at home with scores of 136*, 96 and 81 - each showcasing his ability to bat for long periods. That quality reflected best recently against Sri Lanka in Galle, when he occupied the crease for nearly nine hours and scored an unbeaten 160 to help Pakistan register their second-highest run-chase in Tests.

He managed to narrowly edge out West Indies skipper Craig Brathwaite in this team.

Shafique’s brilliance in Pakistan’s historic run-chase at Galle would not have been possible without Babar Azam’s brilliant 119 in the first dig, which lifted his side from a precarious 85/7. He was once again the lone-man standing in the fourth innings of the decider, scoring 81, as the visitors suffered a 246-run defeat. His 196 against Australia in Karachi in March was another masterclass, featuring eye-catching strokes throughout. The Pakistan skipper is currently the third-ranked batsman in ICC Test Rankings, having overtaken Steve Smith recently.

The unrivalled king of the bog, Joe Root has the most runs and hundreds in the period, and had single-handedly carried England’s batting for a major part of the ongoing cycle, until Jonny Bairstow and the rest joined the act since the start of the ongoing summer. He spent nearly 78 hours combined at the crease in the period, no other batter has batted for over 50, and each of his three sixes in the time-frame came off reverse hits against quicks. Need we add more?

Bairstow had endured a dismal decade-and-a-half in Test cricket since his brilliance in 2016, before he discovered a new-found intent, flair and audacity to his batting in 2022. He has four hundreds, including the second-fastest ever for England, in his last five outings, the oddity being a 44-ball 71*. Due to his consistency and its impact in England’s rejuvenation, he was preferred over the in-form Daryl Mitchell and Dinesh Chandimal in this line-up.

Liton Das has scored more runs at a better average than Pant in the timeframe, including a match-winning 86 in Bangladesh’s historic Test win over New Zealand in Mount Maunganui. However, the India wicket-keeper’s hundreds against superior attacks in Cape Town and Edgbaston edge him ahead of the rest for the wicketkeeper’s role in this side. Pant’s glovework, too, has progressed leaps and bounds, and he has the most dismissals in the ongoing WTC cycle.

Ravi Shastri 🗣️: It's expensive to host Test match cricket! If you want to spread the game, do it in white-ball cricket - ideally, T20 cricket, then 50-over cricket.#CricketTwitter https://t.co/A731f5Tc83

Two of Ravindra Jadeja’s three Test hundreds have come this year, the former - a career best 175* against Sri Lanka in Mohali - being the best ever by an India No.7 in Tests. The second came in a landmark 222-run stand with Pant at Edgbaston to lift the team from a precarious 98/5 on Day 1. His Mohali brilliance was rounded off by nine wickets in an innings win, and the 21 scalps overall make him the designated first-choice all-rounder.

No bowler had bagged more wickets at a better average than Ravichandran Ashwin in the ongoing WTC cycle. He didn’t have the best of series in South Africa, but four match-winning four-fers at home contribute to highly impressive numbers overall. Ashwin also scored a half-century against Sri Lanka in Mohali, and a valuable 46 against South Africa in Cape Town earlier.

The unrivalled top-ranked Test bowler in the ICC Rankings currently, Pat Cummins has been challenged on batting-friendly surfaces, especially on the Pakistan tour earlier this year, and yet, has found a way to excel. He bagged five-for in his first Test innings as captain - the Ashes 2021-22 opener in Brisbane - setting it up for a nine-wicket win, and led the wicket-taking charts in a 4-0 series triumph with 21 scalps at 18.05. The other five-for came in a 1-0 series clinching win in Lahore, on what was their first trip to Pakistan since 1998. Having put Australia at the top of the current standings, Cummins leads this star-studded XI.

Bumrah is the leading wicket-taker in the period, and one of the only two bowlers with three five-fors, which came in diverse playing conditions of Trent Bridge, Cape Town and Bangalore respectively. He’d been a part of a game-changing partnership with Mohammed Shami at Lord’s last year, and produced a record-breaking over against Stuart Broad this month, which tells us that this line-up has quite a depth in batting!

Shaheen Afridi is the second-highest wicket-taker in the ongoing cycle currently, and would’ve had more if not for the knee injury which kept him out of the second Test against Sri Lanka. His standout performance came against the West Indies at Kingston last year, wherein he’d bagged 6/51 and 4/43 in a 109-run win for the visitors. None of the 13 bowlers to have bagged 30 or more wickets in the period, better the left-arm quick’s average. He also leapfrogged Bumrah to No.3 in the ICC Test Rankings for bowlers.