If I was Babar, I would get hold of that guy: Wasim Akram lashes out on Pakistan's unique idea this T20 World Cup 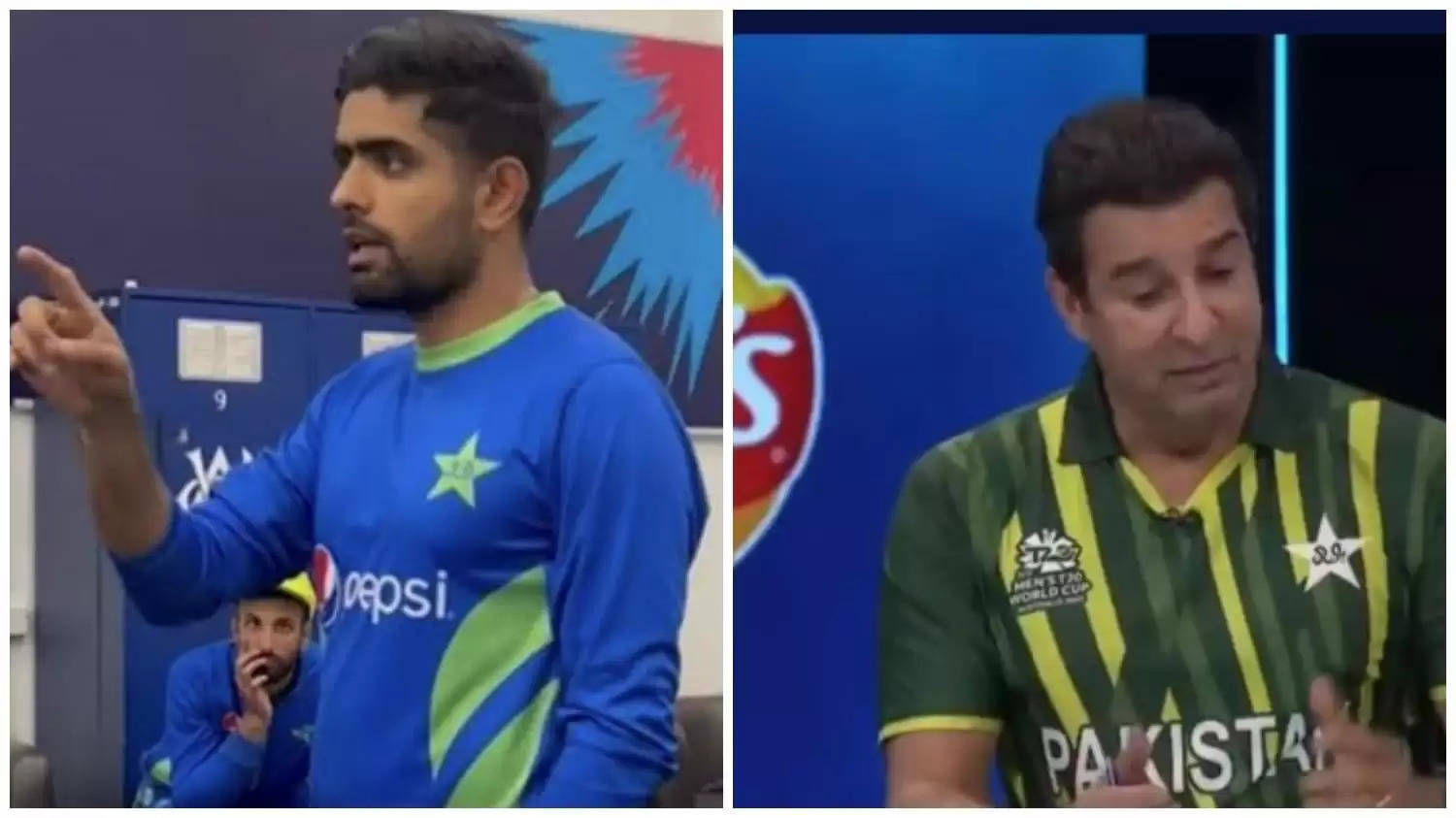 Legendary fast bowler Wasim Akram reckoned that the dressing room videos after Pakistan's matches in the ongoing T20 World Cup in Australia shouldn't be made public.

After the Super 12 match where Pakistan lost by four wickets, Babar was seen talking to his teammates and asking them to drop their heads in criisis. He also backed Mohammad Nawaz, who failed to defend 16 runs in the last over of India's run-chase.

After Pakistan advanced to the playoffs following their five-wicket over Bangladesh at the Adelaide Oval, another video came out where Babar talked to his mates.

Akram, Pakistan's leading wicket-taker in international cricket even after 19 years following his retirement, clearly stated that the videos shouldn't be made online for the intention of garnering followers on social media.

"If I was Babar, I would get hold of that guy who is making a video. Sometimes, certain things are personal. I am all for social media, players interacting with their fans and everything. But I have not seen any other team do it in this World Cup? So yeah, the urge to get extra numbers (followers, likes), cut it down. This is too much," Akram was quoted as saying on A-Sports.

🗣️ Skipper @babarazam258 speaks to his team after Pakistan qualify for the #T20WorldCup semifinals 🔊#WeHaveWeWill pic.twitter.com/CkmpJCj6o3

"There are recordings taking place all the time. Imagine if I am sitting and not knowing that someone is recording - a message that I want to give my team. Just tell him, 'Guys, relax for two days. Do it some other place but not dressing room," he added.

Pakistan started their campaign with defeats to India and Zimbabwe. From there on, a number of permutations and combinations needed to go in their favour for them to advance to the semis.

After Netherlands beat South Africa, it made the road a lot easier for Babar's men to go through to the semis.

In the semi-final, the Men in Green will be up against Kane Williamson's New Zealand on Wednesday, November 9 at the iconic Sydney Cricket Ground.