Netherlands beat South Africa to dump them out of the tournament and ensure India qualifying to the T20 World Cup 2022 semi final
By Staff Writer Sun, 6 Nov 2022 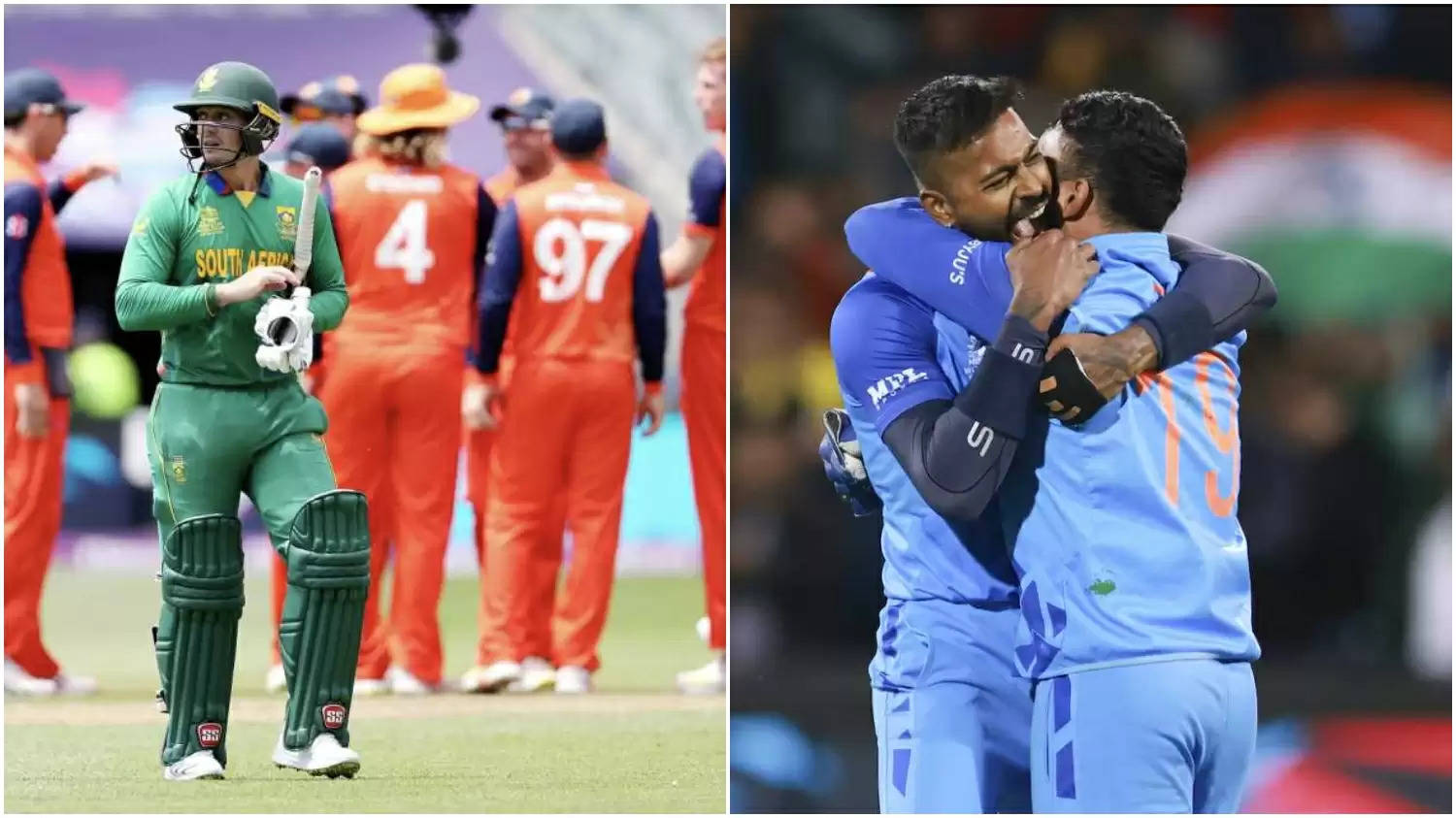 Netherlands produced a brilliant performance with bat and ball to sink South Africa in Adelaide and ensure their place in the top four of the Super 12, one that guarantees them qualification to the T20 World Cup 2024.

In the process, South Africa have been knocked out of the tournament, with India making it through to the semi-final of the T20 World Cup ahead of their clash against Zimbabwe later today.

Pakistan's clash against Bangladesh later today will now be a do-or-die battle with the winners joining India in the semi-finals.

Opting to bowl first, South Africa's new ball bowlers were all over the place as Stephan Myburgh sizzled. Spinners brought South Africa back into the contest with Anrich Nortje putting the brakes on the scoring rate.

However, Colin Ackermann produced a gem of an innings to put Netherlands up for a good total. With 158 on board, the task was always going to be tough for the Proteas.

Netherlands continued to keep things tight with spin before Rilee Rossouw and Aiden Markram also made way. It was all down to David Miller and Heinrich Klaasen, but when Miller fell to a stunning catch from Roelof van der Merwe, South Africa's hopes had sunk.

South Africa's unceremonious exit ensured India's qualification to the semi-finals. A win would ensure their spot at the top of the points table, setting up a clash with England in the semi-final.