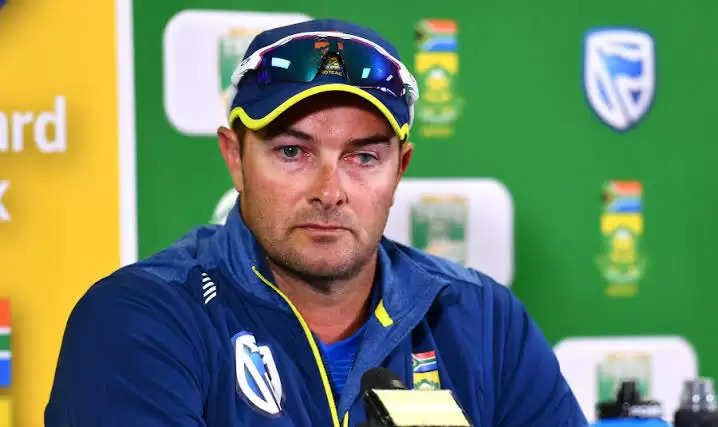 Mumbai Indians are all set to announce former South Africa wicket-keeper Mark Boucher as the head coach ahead of the IPL 2023 season, reports ESPNcricinfo. Boucher stepped down from his position as the head coach of South Africa recently. He will part ways with the team after the conclusion of the T20 World Cup 2022 in Australia, to be played in from October 16 to November 13.

Mahela Jayawardene, who was the head coach of the Mumbai Indians since 2017, took on a broader role as the Global head of performance. Boucher is now the front-runner to take over the role at the IPL franchise from the Sri Lankan, while Simon Katich, the former Australia batter, is the frontrunner to take charge as head coach at MI Cape Town in the SA20 league, to be played early next year.

The Mumbai Indians also named Hashim Amla as the batting coach and Robin Peterson as the team's general manager in an official release on Thursday. James Pamment will continue as fielding coach.

Boucher had taken over as the South Africa coach role in December 2019, and helping South Africa win a home Test series against India earlier this year, while also ensuring the team remains in the top-two of the ICC World Test Championship points table remains his greatest achievement.

Boucher was one of the most accomplished cricketers during the late 1990s and through the 2000s, having represented South Africa in 147 Tests, 295 ODIs and 25 T20Is in an international career spanning between 1997 and 2012. He had 555 dismissals as a wicket-keeper in Tests, a record, which is 139 clear of the next best Adam Gilchrist. his 998 dismissals across formats is a world-record for wicketkeepers.

Boucher also played 31 IPL matches between 2008 and 2011 for the Royal Challengers Bangalore and the Kolkata Knight Riders, and was a part of the latter’s run to the final in the 2009 edition in South Africa. He was the KKR wicket-keeping coach in 2016.