Rohit Sharma hit on the hand in nets; injury video raises concerns ahead of semi-final

Rohit Sharma was hit on the hand in the net session ahead of the IND vs ENG semi-final with the video giving fans concern.
By Staff Writer Tue, 8 Nov 2022 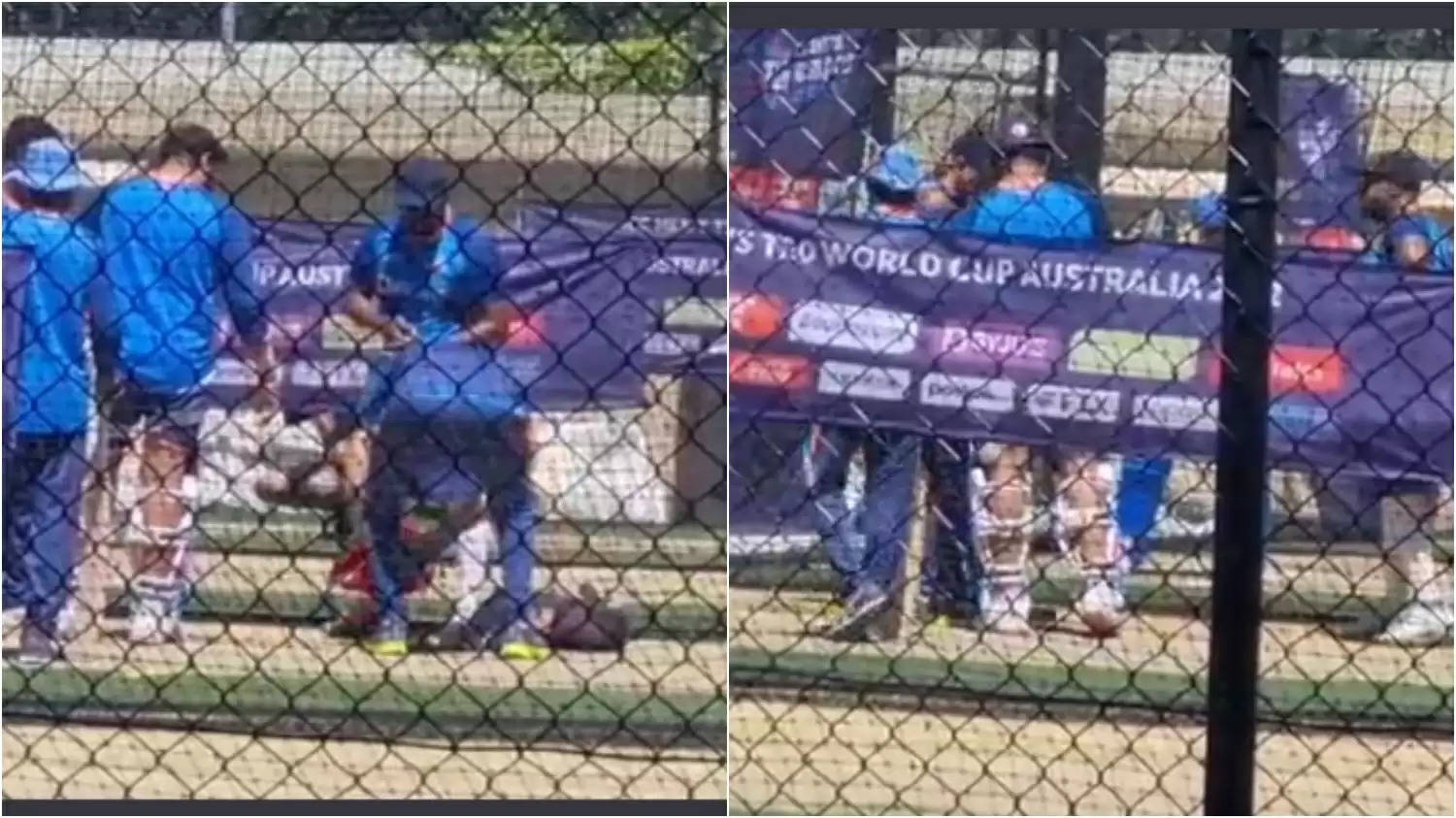 Rohit Sharma was rapped on the hand by a rising short ball from throwdown specialist Raghu in India's net session ahead of the IND vs ENG Semi-final.

The captain was immediately attended to by the physio and an ice pack was applied to ease the pain.

Although he tried batting again immediately, he couldn't and was seen resting with the ice pack.

News agency ANI shared pictures and visuals of the same.

Injury scare for @ImRo45 as he is hit by a rising delivery from Raghu while batting at the nets at @TheAdelaideOval ahead of semi final against England. #INDvENG #T20WorldCup pic.twitter.com/dCuXYguS7c

Indian captain Rohit Sharma hit on his right hand during a practice session in Adelaide ahead of the semi-final match against England. pic.twitter.com/HA4xGJDC51

The agency soon put out an update an hour later revealing that Rohit Sharma resumed training in the nets after the ice pack relented the pain.

Visuals of him resuming practice after the injury scare also surfaced on social media.

Here’s Rohit batting in the nets after the injury scare. The ice pack did the trick pic.twitter.com/71Qws06XLl