Rohit Sharma walked off after the physio attended to him in the second over of the run chase in the third T20I against West Indies in St Kitts.
By Staff Writer Tue, 2 Aug 2022 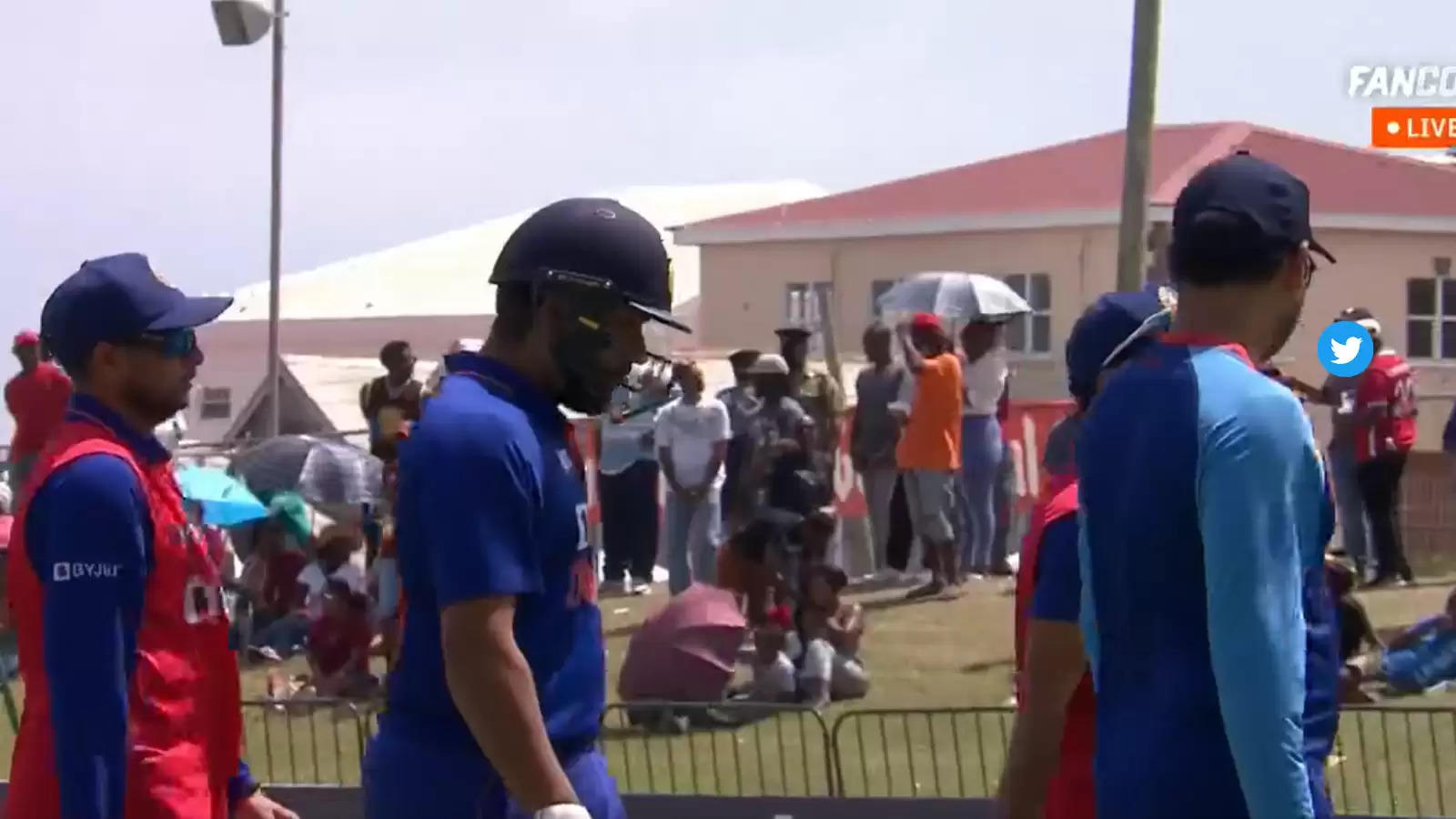 Rohit struck a six and a four in the second over of India's chase, before walking off.

Rohit Sharma, who started the second over of the run chase with a six and a four separated by a dot ball, was soon seen struggling in the middle with the physio coming out to attend to him. A long discussion with the physio ensued as Rohit appeared to visibly struggle and walked off much to the shock of spectators. The temperature in St Kitts has been hovering near the 35 degree celsius mark with the humidity at 70% and the heat seemed to have taken a toll on Rohit.

That said, there was uncertainty regarding why exactly Rohit Sharma left the field with the commentators also citing that dehydration was a possible cause. There was talk of him possibly pulling a muscle while trying to swivel across to play a shot earlier in the same over.

Shreyas Iyer walked in to join Suryakumar Yadav as India looked to chase down 165 in St Kitts.

It was later understood that the 35-year-old left the field with back spasms, as confirmed by the team physio.

While the severity of the injury is unknown, he might well be rested for the remainder of the series, with the Asia Cup 2022 to commence later this month.

Rohit had fallen for a golden duck to Obed McCoy in the second T20I at the same venue on Monday, with the hosts registering a five-wicket win to draw level in the five-match series..

That was after the Indian skipper had struck 64 off 44, including seven fours and two sixes, in the series opener at the Brian Lara Stadium, Tarouba, Trinidad on Friday, to help India register 190/6, which was enough to secure a 68-run win.

As for the ongoing contest, West Indies put 164/5 after being put in to bat, with Kyle Mayers top-scoring with 73 off 50 including eight hits to the fence and four over it. Bhuvneshwar Kumar bagged 2/35 and Hardik Pandya returned 1/19 from an economical four-over spell, while also getting to 50 T20I wickets.