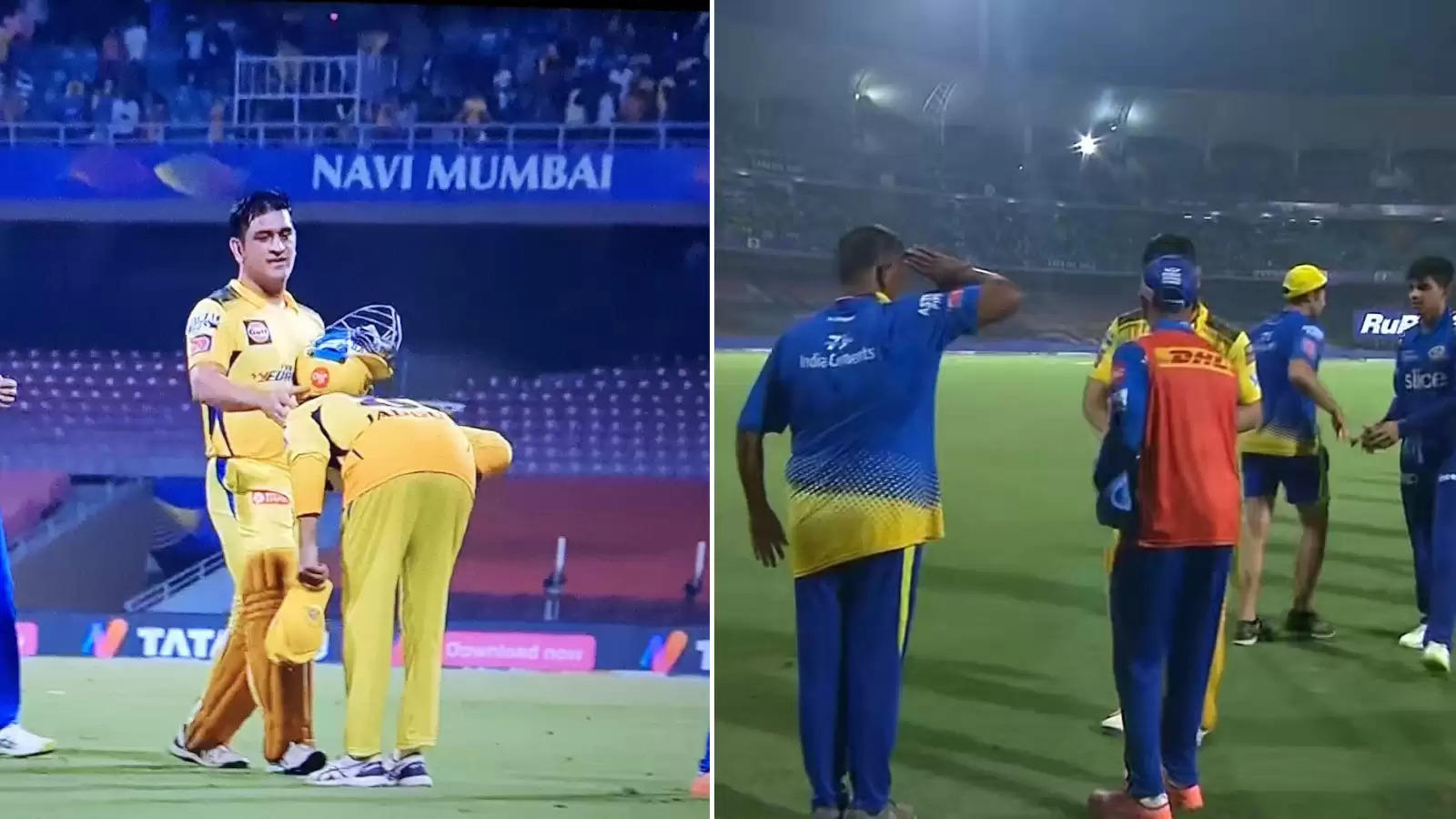 MS Dhoni finished off another uber cool run-chase, smashing Jaydev Unadkat in the final over to pull off a heist for CSK in the Thursday night MI vs CSK fixture in IPL 2022. Mumbai Indians were awful with the bat and ambled along to 155 thanks to a late onslaught from Tilak Varma and the tail, but they were soon on top after Daniel Sams struck early in the run chase for Mumbai.

Pushed back by early wickets, CSK were playing catch up with Robin Uthappa and AMbati Rayudu building a stand. The wicket of Uthappa further dent CSK's hopes. But then Shivam Dube and Rayudu fell in quick succession too and the onus fell once again on MS Dhoni to see the team through and he didn't diappoint.

Dwaine Pretorius first took charge of the innings with a super cool cameo where he scooped Jasprit Bumrah for a four in the penultimate over to bring the equation down to 17 needed off six balls. Unadkat's yorker had Pretorius trapped in front off the first ball, making it an uphill task for CSK.

16 needed off four balls was the equation when Dhoni came on strike and he started off by smashing a full ball from Unadkat straight down the ground for a six. He soon followed it up with a pull for four next ball and then stole a couple next ball to make it four needed off one ball. While Unadkat nearly nailed the yorker last ball,  Dhoni, cool as always, calmly slapped the last ball away through square leg for four to win the game for CSK.

Soon after he finished off the run chase, the crowd were erupting in joy and the CSK players were ecstatic. However, it was Jadeja's reaction that won hearts as the CSK skipper went straight to Dhoni and fell on his feet. The CSK support staff member, clearly in awe of Dhoni, gave him a salute as he walked back, barely even celebrating the win.

The win left Mumbai Indians with seven losses in seven games while CSK managed their second win of the season thanks to MS Dhoni, who finished on 28 off 13 balls to steal the game from under Mumbai Indians' nose.