Watch: Fan shares hilarious video of Ravichandran Ashwin that will remind you of college days

The hilarious incident happened during the toss at the India vs Zimbabwe encounter at the Adelaide Oval on Sunday.
By CX Staff Writer Mon, 7 Nov 2022 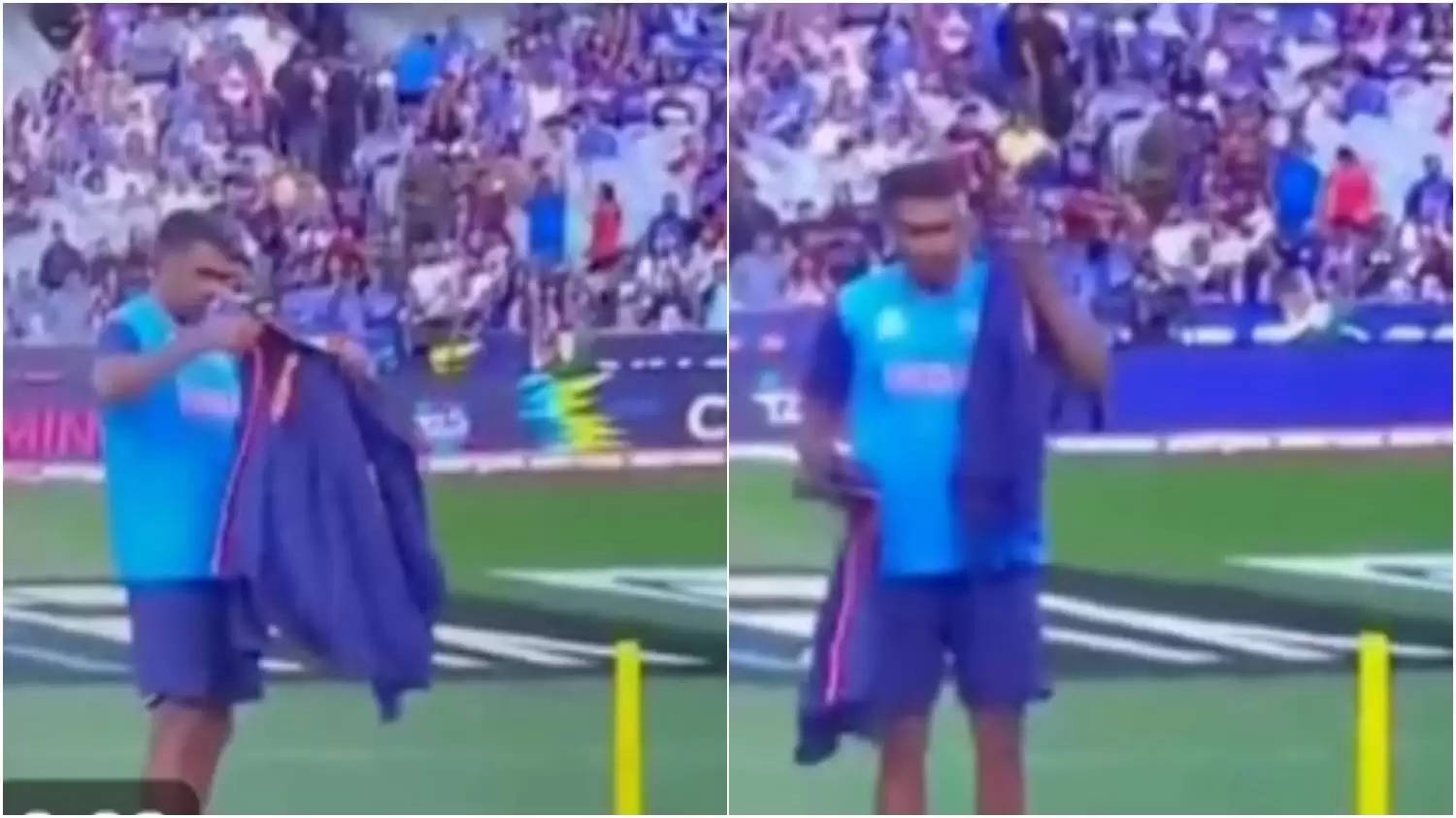 Ravi Ashwin always hoggs the limelight, be it for his on-field or off-field antics.

The ongoing T20 World Cup in Australia has been no short of entertainment with teams battling for the ultimate glory. India, Pakistan, New Zealand and England have made it to the knockout stage and will be locking horns in the semi-finals. Apart from the on-field antics, some of the players also hogged the limelight for their off the field actions and Ravi Ashwin was one of them.

The off-spinner was spotted finding his clothes in a hilarious fashion. The incident happened during the toss of the India vs Zimbabwe encounter at the iconic Melbourne Cricket Ground (MCG) on Sunday (November 6).

When Rohit Sharma won the toss and opted to bat first, the cameras spotted Ravi Ashwin in the background hilariously smelling his clothes. There were supposedly two jackets in the middle and the off-spinner from Tamil Nadu was trying to which one he wore during the training. In no time, the video has gone viral on social media and the fans are drooling over the same.

This is the right way to find your clothes pic.twitter.com/a9YSakerU4

This is the right way to find your clothes pic.twitter.com/a9YSakerU4

India set to face England in semi-final, Will Ashwin play?

Meanwhile, India registered a comfortable 71-run victory over Zimbabwe as they endured a perfect game with almost everyone clicking. With the win, they went to top of the table in their group to set up a semi-final clash with England at the Adelaide Oval on November 10. India’s team combination has been a talking point throughout the tournament.

The Men in Blue have surprisingly benched Yuzvendra Chahal for the entire competition preferring Ravi Ashwin’s off-spin over him. The latter shined against Zimbabwe picking up three wickets and taking his total tally to six scalps in T20 World Cup 2022. However, it remains to be seen if Chahal gets an opportunity in the crunch game despite the Adelaide square boundaries being short.

As for England, they are fretting over Dawid Malan’s injury and it is very much likely that he will miss the knockout game against India. In that case, Phil Salt might be included and bat at number three.