Shafali Verma got lucky with a stumping chance, as Alyssa Healy whipped the bails off with the wrong glove during the opening Women’s cricket fixture between India and Australia at the Birmingham Commonwealth Games 2022.
By CX Staff Writer Fri, 29 Jul 2022 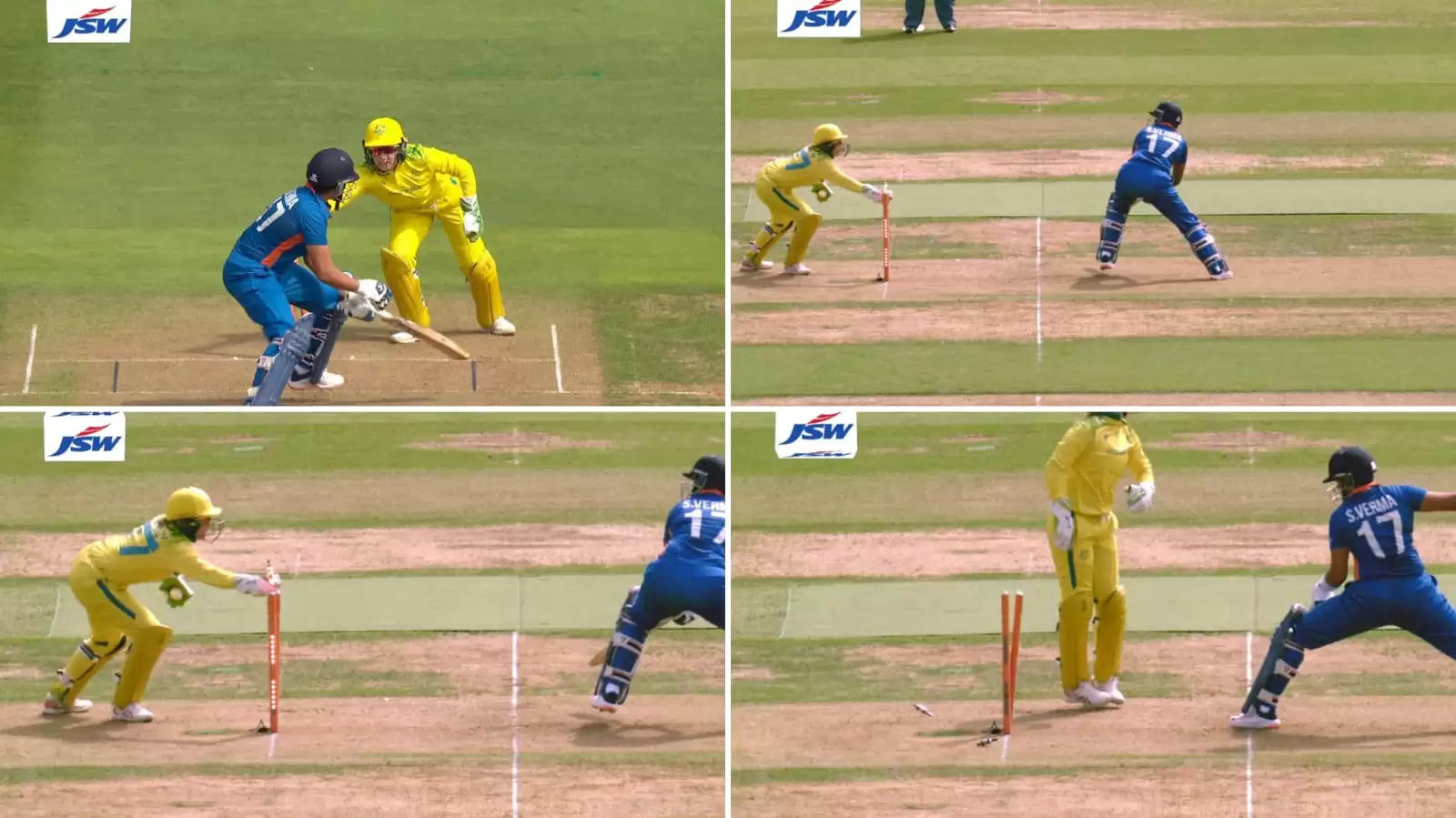 Verma had struck three consecutive fours earlier in the over.

A rather unusual incident occurred during the first cricket fixture at the Birmingham Commonwealth games 2022 between India Women and Australia Women at the Edgbaston Cricket Ground on Friday, July 29.

On what was supposed to be the fifth ball of the ninth over of the Indian innings, right-arm seamer Tahila McGrath slipped a wide down the leg-side, and batter Shafali Verma lost her balance while attempting a flick off the front-foot. Alyssa Healy, one of the best wicketkeepers in the Women’s game, completed a brilliant take to her left, with her left-hand, but instantaneously whipped the bail off with her right-glove with Verma well outside her crease.

She disturbed the stumps with the left-glove with an afterthought, and Verma was still short of her crease at that point. However, each of the two bails had been dislodged on the first attempt, meaning that the decision was ruled in the batter’s favour. TV umpire Kim Cotton took a detailed look at the entire process, confirming until the ball would eventually be ruled dead, and her decision-making process offered enough insight about the appeal to the viewers.

The over had begun with Verma striking three consecutive fours, before Rachael Haynes brilliance in the field denied India a fourth.

Verma would eventually be dismissed caught behind by Healy off left-arm spinner Jess Jonassen for a 33-ball 48, after having struck nine fours during her stay.

Earlier, Harmanpreet Kaur opted to bat and Smriti Mandhana got India off to a flyer, with five boundaries in a 17-ball 24, before edging one behind off Darcie Brown.

India were 97/3 from 13 overs at the time of writing, with Harmanpreet and Jemimah Rodrigues at the crease.

Pakistan and Barbados, the other two teams in Group A, will face off in the second game later in the day.