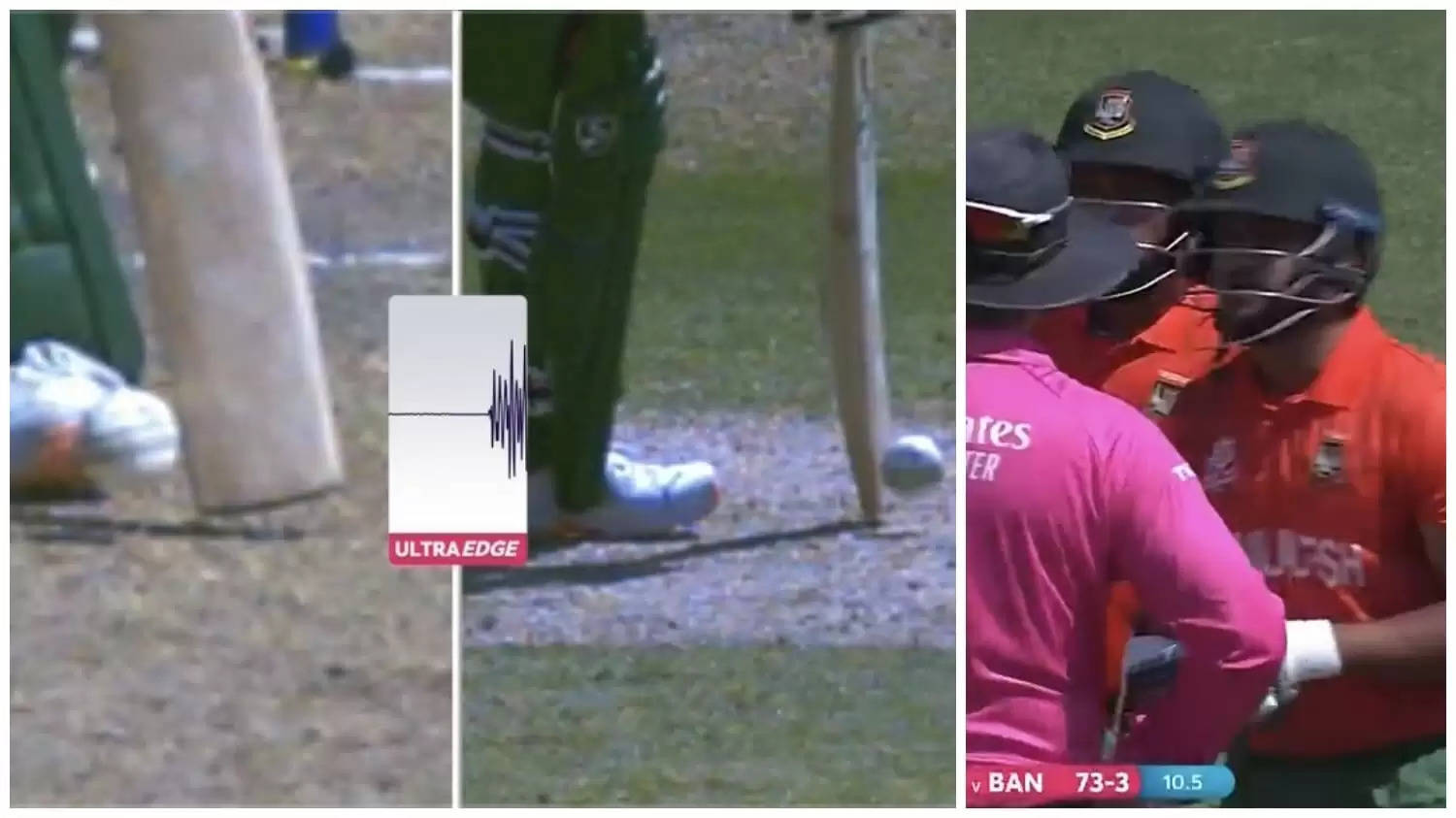 Bangladesh skipper Shakib Al Hasan got out in a rather controversial manner on Sunday, November 6 in the T20 World Cup 2022 Super 12 match against Pakistan at the Adelaide Oval.

The southpaw came to bat in the 11th over after Shadab Khan dismissed Soumya Sarkar, who tried to play a reverse sweep only to hole out inside the circle.

The onus was then on Shakib to take the Tigers' innings forward along with Najmul Hossain Shanto, who has been impressive with the ball of late.

However, the rub of the green didn't go Shakib's way by any stretch of the imagination. In the very first ball he faced, Shadab got rid of him.

Shakib tried to play the ball on the leg side, but got hit on the pad. The onfield umpire took his time after Shadab appealed and eventually gave the left-hander out LBW.

Shakib, however, was a little agitated by the umpire's call. Replays showed that the ball might have brushed the ball before going on to hit the pad.

It was also seen that there was a gap between bat and the ground, meaning there was no connection between the two of them. However, the onfield decision stood and the third umpire gave him out.

Shakib raised his hands in sheer disbelief and had a chat with the umpires before walking off, dejected and disappointed.

Bangladesh were making a strong recovery after Shanto and Soumya were putting on a healthy partnership. However, back to back wickets pushed them on to the backfoot.

Bangladesh have to secure victory to advance to the semis along with Rohit Sharma's India. The Tigers have got the chance after Scott Edwards' Netherlands defeated Temba Bavuma's South Africa by 13 runs earlier in the day at the same venue in Adelaide.

It's pertinent to note that Bangladesh have never advanced to the semis in the history of the T20 World Cup.