'What is with all the rest?' - Aakash Chopra after Rohit Sharma, Virat Kohli duo opt out of West Indies ODIs

The former India opener called out the star duo for their decision to skip the three-match series in late July.
By Kashish Chadha Sat, 9 Jul 2022 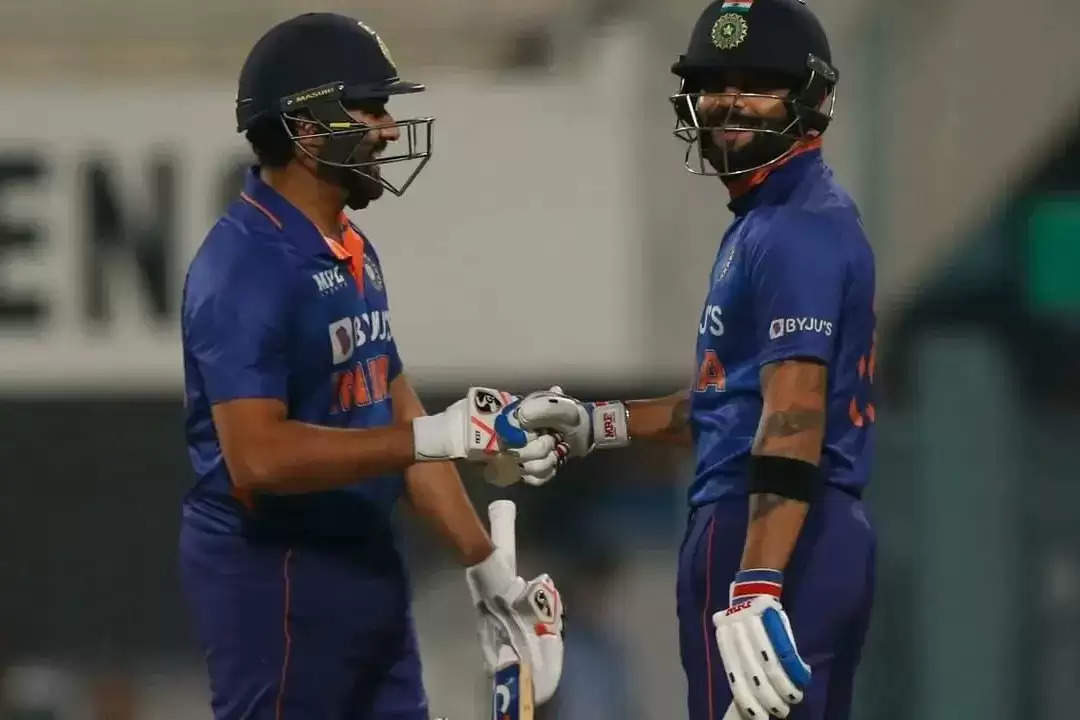 Going through an inconsistent patch with the bat, the Rohit-Kohli duo have been missing games for India.

Aakash Chopra joined the bandwagon of criticism against Rohit Sharma and Virat Kohli for skipping the ODI series against the West Indies in late July. The former India Test opener bemoaned the selectors' decision for the star duo to skip the three-match rubber in the Caribbean.

With the series against England concluding on July 17, only five days before the first ODI versus the Calypso Kings, the Chetan Sharma led selection panel opted to give Rohit and Kohli another breather before they most likely resume national duties with the T20Is that follow.

Chopra, however, asked since Rohit and Kohli had both missed the entire June, not taking any part in the T20Is versus South Africa and Ireland, why have they asked for rest again? Especially as they're missing a critical ODI series, part of India's build-up to the 50-over World Cup next year.

"How much rest do you want?", Chopra's indirect query to Rohit Sharma, Virat Kohli

Speaking over his YouTube channel, Chopra wondered how much rest is crucial to keep Rohit Sharma and Virat Kohli fresh when the two players have been skipping bilateral fixtures anyway from time to time over the course of the last three years amidst Covid-19 pandemic.

"What is with all the rest? How much rest do you want? Earlier, when a player used to be out of form, he used to be dropped and picked again only when he scored runs in domestic cricket. But now whenever someone is out of form, he rests. Are you guys not worried about it?" Chopra asked.

Also Read - 'If R Ashwin can be dropped from Test side, why not Virat Kohli from the T20I XI' - Kapil Dev

The player turned popular commentator also highlighted the sustained period of inconsistent performances that both Kohli and Rohit have been undergoing and attached that with their looming rest from the West Indies ODIs.

Chopra said it is difficult to understand why the two established India greats are willing to skip games at a time when they desperately need to regain their lost mojo.

"I personally think whenever someone is out of form, he should play as much cricket as possible. When there were strict bio bubbles, there was no cricket for almost six months in 2020 from March to September," he said.

"Next year again you play one-half of IPL and then after a gap of three-four months, you played the second half. So, it’s already a rest of ten months in 2-3 years. You don’t get any more rest than this in professional sport," Chopra added.