The ICC's Afghanistan Working Group (AWG) came up with a positive update on state of affairs of the women's game in the war-torn country.
By Kashish Chadha Mon, 14 Nov 2022 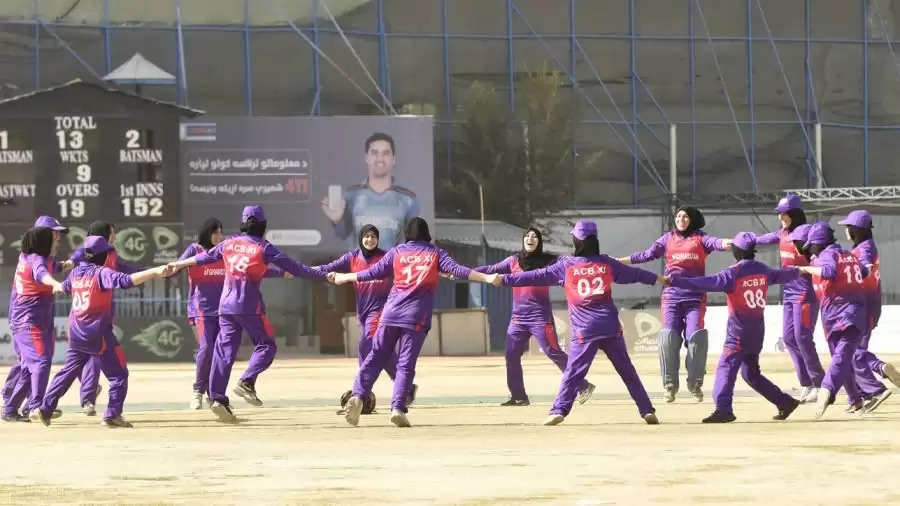 The International Cricket Council (ICC) on Sunday (November 13) provided an update into the state of affairs of women's cricket in Afghanistan.

The governing body's Afghanistan Working Group (AWG) has conveyed to it a commitment from the nation's government to "fully respect and comply" with the ICC constitution, which includes agreeing in "principle" to give women's cricket all the necessary support it requires.

Following a round of meetings in Melbourne at the sidelines of the men's T20 World Cup 2022 in Australia, the ICC board said its focus was to establish "diversity and inclusivity, and for the Afghanistan Cricket Board to operate independent from government interference."

"The meeting was positive and respectful, and the [Afghanistan] government representative was clear in his support for the ICC constitution including in principle for women's cricket in Afghanistan," Imran Khwaja, the AWG chair, was quoted as saying.

"There are obviously challenges for it to resume but we will continue to work with the ACB to take this forward. The Working Group will closely monitor the commitment undertaken by the Afghanistan government and will continue to report back to the ICC Board."

The AWG was appointed to give ICC an official update into women's cricket in Afghanistan, with the war-torn country being the only ICC full-member Test-playing side not to also have a functional women's team on the park. Last year, the Afghanistan Cricket Board (ACB) made an effort to formally run a women's team in the future by offering first set of contracts to the players.

Those efforts, however, were thwarted by a disappointing turn of events as the Taliban returned to power and banned women from participating in all sporting activities in a country that is still reeling from religious extremism and deep-rooted misogyny.

At the point of the Taliban takeover in September 2021, ACB CEO Hamid Shinwari said the women's game is deep in "peril" in Afghanistan. However, the board's acting chairman Azizullah Fazli women would be allowed to play cricket as long as they adhere to the Islamic rules of the country under the new regime.