The England fast-bowling great reflected upon the verbal duel between Jonny Bairstow and Virat Kohli on Day 2 of Edgbaston Test.
By Kashish Chadha Sat, 9 Jul 2022 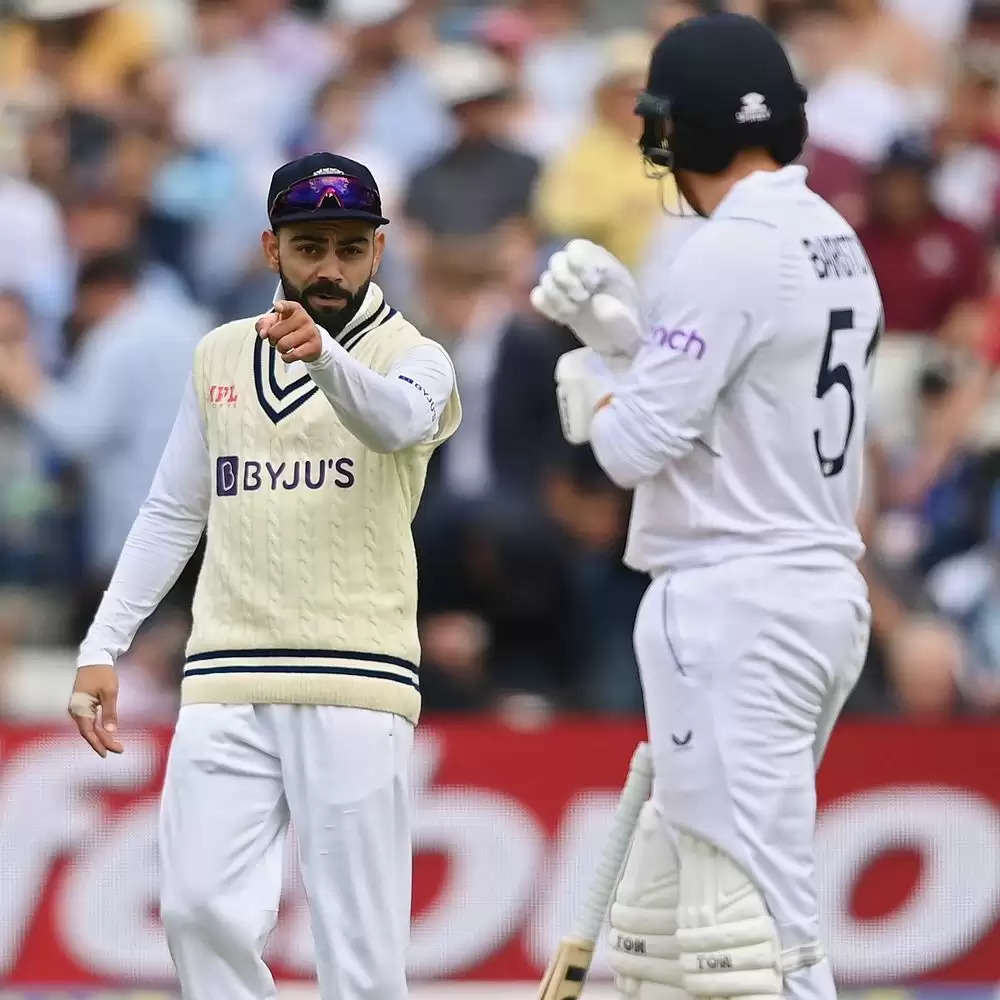 Anderson believes the sledge from Virat Kohli got Jonny Bairstow even more determined at the crease.

England's leading fast-bowler James Anderson revealed the immediate reaction of Jonny Bairstow when he entered the home team dressing room after being at the receiving end of verbal volleys from Virat Kohli.

The in-form batter was sledged by Kohli on Day 2 of the Edgbaston Test played to decide the fortunes of the 'Pataudi Trophy'. Bairstow, whose innings had been meandering around initially, found a different gear to his game after naysaying from Kohli.

The batter went into a beast mode and smashed his way to a 106 off 140 deliveries in difficult conditions with Indian bowlers on top. It was an innings which kept England in the game as they inched close to India's 416 all out.

They eventually turned the whole game around to a seven-wicket victory, with Jonny Bairstow backing his knock with a second-innings ton. For Anderson, it was the feud that Kohli picked up which led to the whole turnaround.

"When will they learn to shut it?" Jonny Bairstow's comments on Virat Kohli

Speaking of the whole Jonny Bairstow-Virat Kohli verbal duel from Day 2, Anderson believes the words from the Indian batting great did rile up his English counterpart and got him even more determined to score.

With England 5 down for 83 at one point in the first-innings, Kohli may have recognised it as an ideal time to get under the skin of Bairstow and get him to make a mistake.

For Bairstow, though, it was an interaction and moment in the game that brought the best out of him.

"Jonny was 80 not out and Virat had been going at him and sledging him a lot. I don't know if you saw the strike-rate difference? His strike-rate was about 20 before Virat started sledging him and about 150 after," Anderson told The Tailenders' Podcast.

"His first words back in the dressing room at lunch were: 'When will they learn to shut it?' If there's somebody you don't want to rub up the wrong way, it is Jonny Bairstow," he added.

Bairstow's second-innings ton was an even greater exhibition of his quality and range as a player, as the right-hander pulverized the opposition attack to an unbeaten 114, which helped England take down the massive 378-run target.