Sourav Ganguly accepts captaincy juggle "not ideal", but says the situation is "unavoidable"

The BCCI president cited the whys and hows of the period of unstable leadership within Indian cricket. 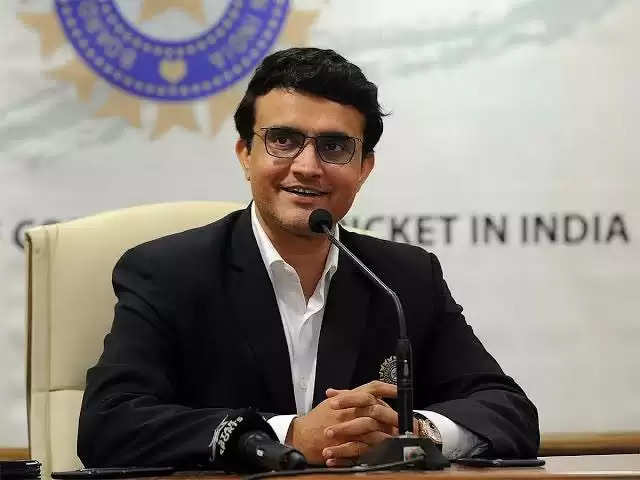 The former India skipper was mindful of the issues at hands but was empathetic towards the selectors and the management.

BCCI president Sourav Ganguly agreed amidst growing criticism of the repeated captaincy shuffle in Indian cricket that the situation is "not ideal" for continuity and stability within the side.

But the former skipper added there is little the board and the selectors could've done about things as the repeated juggling has had to do with injuries and Covid.

India have now had seven different captains since the start of the year. While the selectors wanted to appoint Rohit Sharma as the all-format skipper midway through the tour of South Africa after Virat Kohli's resignation in Tests, the opening batter had to miss the entire trip due to injury.

Fast-forward life to June and now Rohit opted for rest from the T20I series versus South Africa after a quick turnaround from IPL 2022. The selectors initially asked KL Rahul to fill in the void but had to appoint Rishabh Pant for the job when Rahul was sidelined with injury.

Then with Pant resting, it was the turn of allrounder Hardik Pandya to lead the side for a short, stop-over trip to Ireland, carrying a specialist white-ball side with all Test regulars preparing for the Edgbaston Test.

Days leading into the Test match, Rohit returned positive on a Covid-19 test and had to miss the fixture, with ace quick Jasprit Bumrah captaining the side. And now Shikhar Dhawan has been named ODI skipper for the coming West Indies series.

Ganguly, who believed in consistency of selection and decision-making during his tenure as captain back in 2000-05, was mindful of the confusing state of affairs. But cited the whys and hows of each of those changes to explain this unique phase where Indian cricket hasn't had stable leadership.

"I fully agree that it is not ideal to have seven different captains in such a short span of time but it has happened because of unavoidable situation," Sourav Ganguly told PTI during an interview.

"Like Rohit was all set to lead in South Africa in white ball but before the tour, got injured. So we had KL (Rahul) leading in ODIs and then for this recent SA home series, KL got injured one day before the series would start."

Ganguly spoke in a sympathetic tone for the players and also his friend and ex-teammate, Rahul Dravid, who in his capacity as head coach has had to mend over the unstable captaincy position and still try to conjure up positive results for the side.

Also Read - 'If R Ashwin can be dropped from Test side, why not Virat Kohli from the T20I XI' - Kapil Dev

"In England, Rohit was playing the warm-up game when he had COVID-19. No one is at fault for these situations. The calender is such that we have had to give players breaks and then there have been injuries and we need to factor in workload management also."

"You got to feel for head coach Rahul (Dravid) as in every series, due to unavoidable circumstances, we have had new captains," Ganguly added.