Watch: Arshdeep Singh strikes twice in his first over 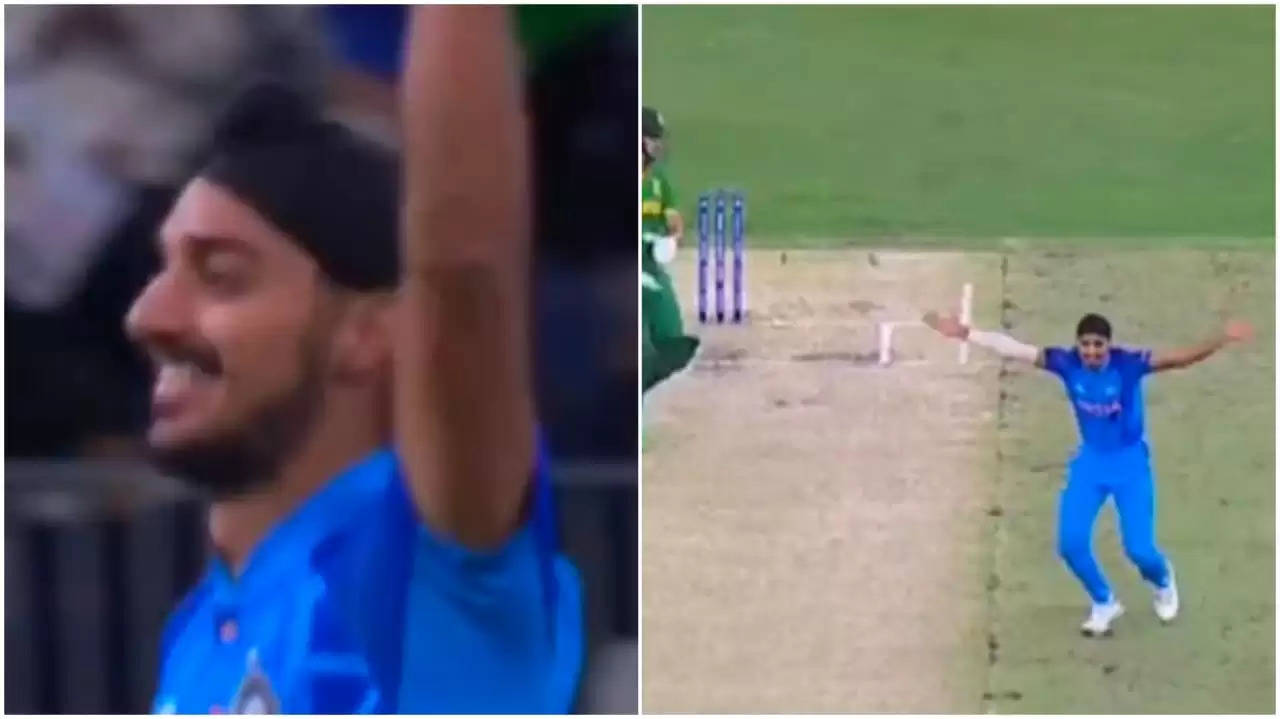 Arshdeep Singh swung it past the defences of Quinton de Kock and Rilee Rossouw against South Africa at Perth.

Arshdeep Singh continued to strike early for India in the T20 World Cup 2022 this Sunday (October 30), giving his team another very impressive start with the ball in hand.

The young left-arm seamer rallied on from the victory over Pakistan to produce another brilliant new-ball exhibition versus South Africa in Perth.

With India defending only a measly 134-run target, the team needed early breakthroughs and that is exactly what the youngster provided with a fantastic over to Proteas key batters Quinton de Kock and Rilee Rossouw.

Arshdeep Singh got both the dangerous players out with his swing and exceptional use of the left-arm angle.

He drew De Kock into an attempted drive only to induce an outside edge that comfortably flew to the hands of the slip fielder, before evading Rossouw's downswing for an LBW with an inswinging delivery.

This was another shining example of the young quick's talent and promise with the new ball for India, as the late movement he generated troubled the South African batters who were anticipating the Indian seamers to bowl shorter lengths like their pacers did at the Optus Stadium.

Arshdeep Singh does it with the new ball again

The De Kock wicket arrived on the very first ball of Arshdeep Singh's first over of the innings.

Like all left-arm pacers operating from the over-the-wicket angle to the left-hander, he got the experienced Proteas batter driving at a full-ball that got the outside edge and went comfortably into the hands of Rohit Sharma in the slip cordon.

Two balls later, Arshdeep got rid of the in-form Rossouw, who went for a stroke down the leg-side, only to be undone by the swing on the ball in the air.

The movement that he generated allowed the Indian seamer to evade Rossouw's downswing and from there it was a straightforward LBW, even though India had to take the DRS for it.

Arshdeep Singh would be personally very satisfied to be continuing to provide India early breakthroughs.

In the high-voltage encounter versus Pakistan, he dismissed the mighty Babar Azam on his very first ball and then got his opening partner Mohammad Rizwan out in his spell of 3 for 32 in India's amazing come-from-behind win.