Kusal Mendis starred in Sri Lanka’s thrilling two-wicket win against Bangladesh in Dubai on Thursday, helping his side qualify to the Super Four round in the Asia Cup 2022.
By CX Staff Writer Thu, 1 Sep 2022 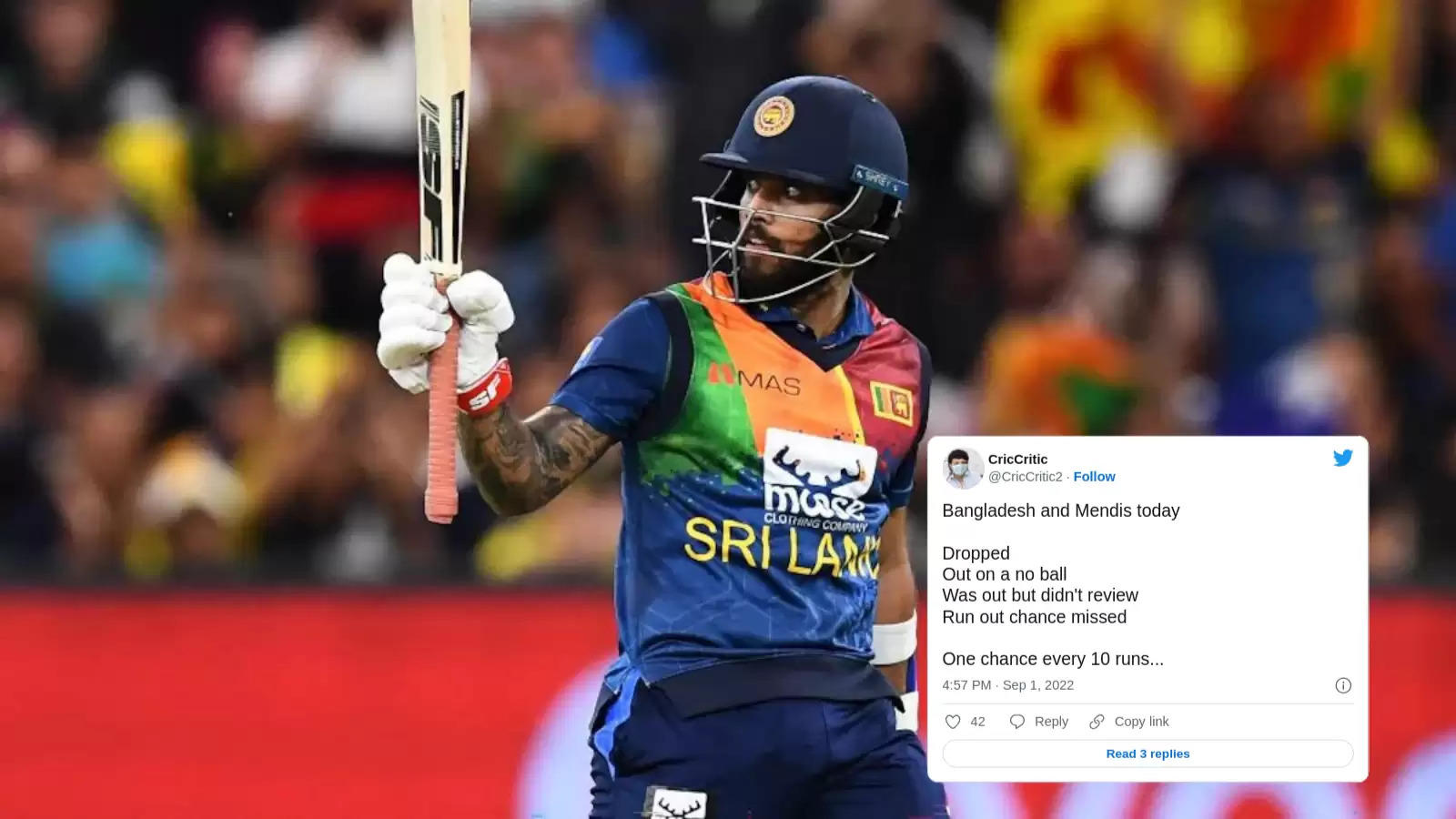 Sri Lanka won a nail-biting thriller in the penultimate match of the first round of the Asia Cup 2022 against Bangladesh in Dubai on Thursday, and with it, joined India and Afghanistan in the Super Four round. The five-time champions were helped by Bangladesh’s sloppy fielding, and undisciplined bowling, which saw them concede 17 extras, including eight wides and four no-balls.

The most fortunate of the lot was Kusal Mendis, who top-scored with 60 off 37 in an innings that was punctuated with lucky escapes. The right-hander was dropped in just the second over of the innings by wicketkeeper Mushfiqur Rahim off Taskin Ahmed when he was just on two. He raced to 29 off 16 halfway beyond the seventh over, but outside edged one off Mahedi Hasan, with Rahim completing a safe catch.

However, replays indicated that the bowler had overstepped, and the opener got away. In the next over, he went for a pull to a ball down the leg-side, which was signalled a wide. Rahim went for a half an appeal, but Bangladesh didn’t go up, with ultra-edge later showing a clear deflection.

There was another run-out chance missed, and Mendis made most of his luck before falling to Mustafizur Rahman, He struck four fours and three sixes in an eventful stay. Skipper Dasun Shanaka was the other chief contributor with 45 off 33, striking three fours and two sixes, before lower-order batters saw his side through with two wickets and four balls remaining.

Earlier, Bangladesh, who had struggled to 127/2 against Afghanistan in Sharjah on Tuesday, bettered their batting to a great degree after being put in by Shanaka, putting up a strong 183/7 after being put in to bat. Afif Hossain (39 off 22), Mehidy Hasan Miraz (38 off 26) and Mosaddek Hossain (24* off 9) were the top-performers in the first innings.

Here's how the fans reacted to an eventful game:

How much lucky you wanna be?
Kushal Mendis*