The Pakistan skipper responded to a controversial remark made by former Pakistan speedster Aqib Javed after Asia Cup 2022.
By Kashish Chadha Tue, 20 Sep 2022 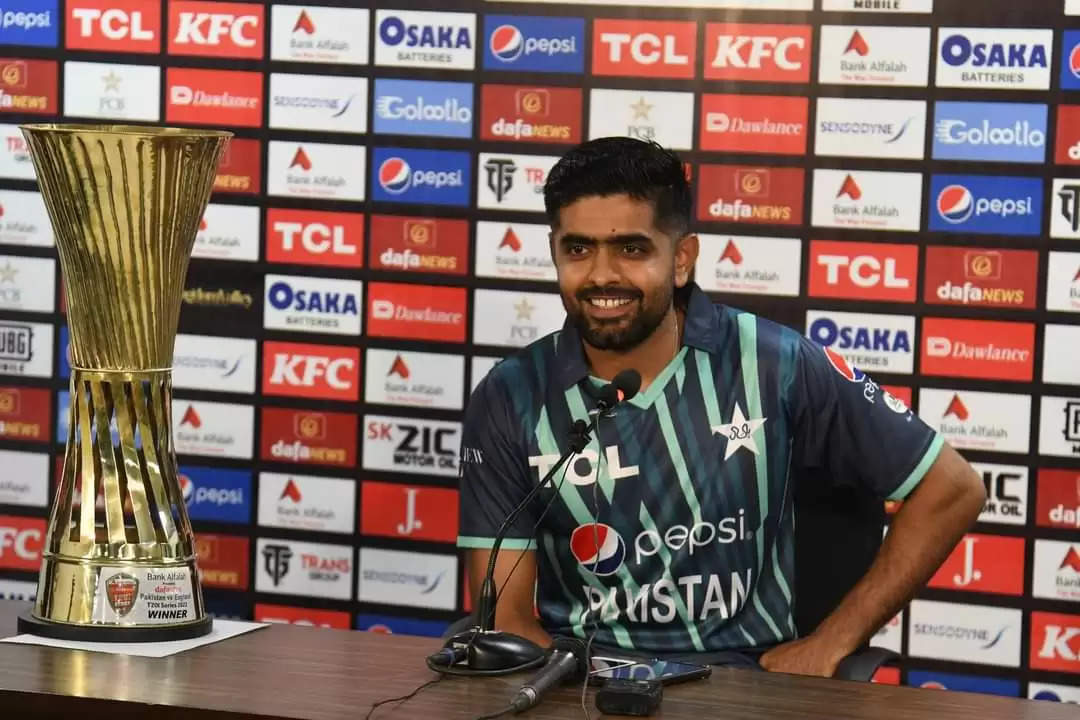 Babar Azam had a poor Asia Cup 2022, which brought the spotlight on his strike-rate in T20Is for Pakistan.

Pakistan skipper Babar Azam isn't overly concerned by talks around his form leading into the historic T20I series against England. The modern-day batting giant is keeping perspective around things, having been a figure of dominance for so long in international cricket.

The captain also brushed aside a comment made by former Pakistan fast-bowler Aqib Javed in relation to his strike-rate, which has come up for discussions and criticism since his poor run at the Asia Cup 2022 in UAE.

In the aftermath of Babar's insipid campaign in Sharjah and Dubai - 68 runs in six innings - Javed, head coach of the Lahore Qalandars in Pakistan Super League (PSL), said his team's strategy against the Karachi Kings skipper has always been to try not to dismiss him "because he plays at his own pace and the required rate keeps increasing".

Babar Azam has no issues with a former cricketer of repute like Javed expressing his criticism of his performance. But the Pakistan skipper draws a line at "personal attacks", expecting some empathy from ex-players who have been under his shoes before and know what the pressure feels like.

"Well, if that's his opinion, then fine, good for him," Babar Azam told the press in Karachi prior to the start of the England series from Tuesday (September 20). "Everyone has their own point of view but I only want to talk about the Pakistan team. People have their opinions but we don't listen to them or care about what they say."

"Former players can of course air their opinions, but what's disappointing is the personal attacks. Former players have been through it and know just how much pressure and responsibility there is upon us. I personally don't bother about such statements. It makes no difference to me."

Babar, however, did recognise this little patch for what it has been and said he is keen to regain his form through the T20I series against England. The batter says key for him is to not "overthink" this dip and continue backing himself.

"This series is important to me personally, and I'll try to get my form back. To come out of a bad patch, it's best not to overthink and keep things simple. The main thing is to keep believing in yourself."

"I know I've done well in the past and will do well in the future. Sometimes it'll go well, and others not. People will talk regardless of how well you do, but it's best to ignore all that," Babar added.