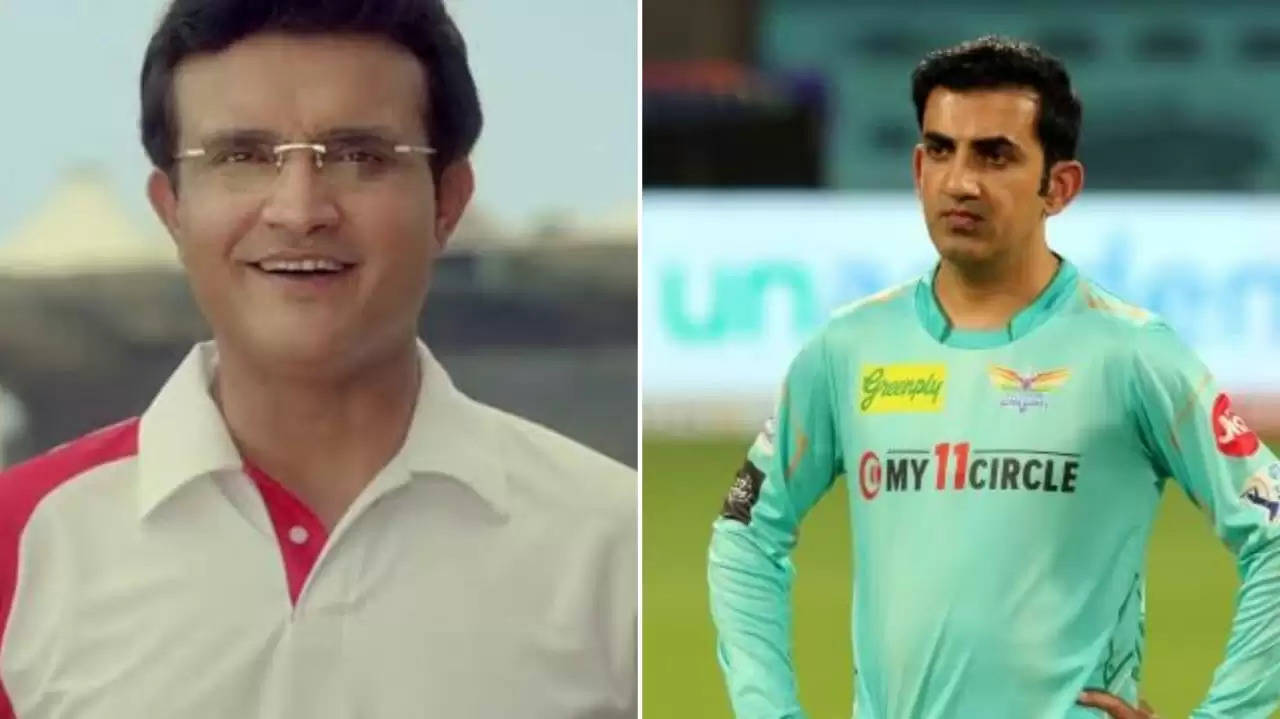 Surrogate advertising of betting sites is the hot topic of debates ever since 1XBET's brief advert with Yuvraj Singh's face during Asia Cup 2022.

From one former India skipper to the other, Gautam Gambhir was critical of Sourav Ganguly for surrogate advertising of fantasy leagues. Gambhir spoke against Ganguly, the current BCCI president, endorsing these fantasy gaming sites, saying if the board president is involved in advertising these brands, "you can’t expect players not to do it."

Gambhir, who works in capacity of a broadcaster for Star Sports during the IPL, said most of the league's endorsements and sponsorship income comes from fantasy league gaming sites like Dream 11. An MP in the contemporary central government, he also said the board will have to take a collective stance into banning these sites and it's not a state-level matter.

"In the IPL, most of the endorsements and sponsorships are from fantasy league games such as Dream 11. It should be a collective decision from the BCCI whether we should allow this to happen or not," he added.

The fantasy gaming sites, especially surrogate advertising of the same, has been under major scrutiny over the past few days since it has emerged that former India player Yuvraj Singh promotes 1XBET website. These websites set-up their platforms where tips and match predictions are provided for fans indulging in fantasy games, with the ultimate aim to attract them to their betting sites. Betting, as is known, is a legal crime in India.

Yuvraj's face was seen on a brief 1XBET advertisement flashing on the screen live on Star Sports during the Asia Cup 2022 in UAE. This, when the government of India's draft guidelines prohibits any form of surrogate advertising.

Gambhir said he has never personally been approached for surrogate advertising. "Never," he said. "We were very clear that we were not going to endorse any betting site." The cricketer turned politician and broadcaster, however, said he has no issue with fantasy game, as it is recognised for 'skill' by the Supreme Court of India.

Gambhir said, though, as long as there weren't cash prizes to be offered, the whole fantasy gaming boom was fine. He has endorsed a fantasy site before.

"I do endorse fantasy (games). I was also very clear that we had this apprehension at one point in time about whether we should or not," he said. "Fantasy and betting are probably a little similar, but not exactly the same. When I spoke to the owner of the fantasy game I endorse, I asked if they pay back in cash. He said no, we don’t pay back in cash. There are only gifts and hampers involved."