Local fans in Thiruvananthapuram to show their displeasure against BCCI by protesting after Sanju Samson misses out on World Cup selection
By Prachi Mahamia Mon, 19 Sep 2022 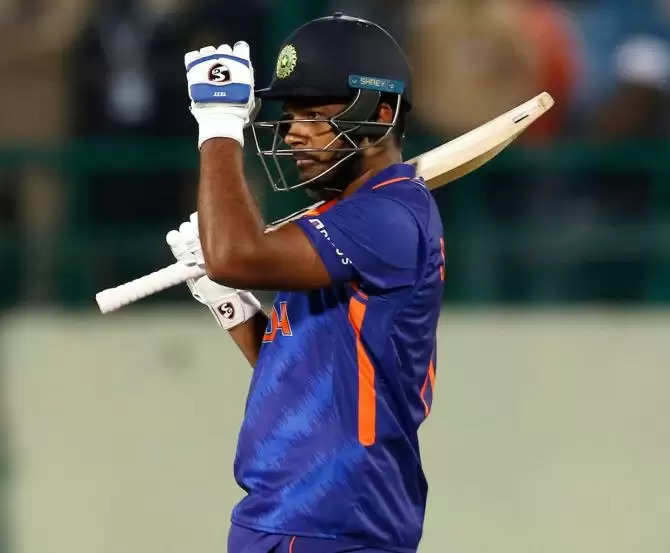 Ever since BCCI's World Cup squad announcement, there have been questions over why Sanju Samson wasn't selected. Fans were hopeful that Samson's wait would finally come to an end and the player will finally represent the team in the upcoming ICC tournament. However, with not finding his name in the team, the fans are agitated with the cricketing board. In order to show their displeasure towards the same, local fans in Thiruvananthapuram plan to hold a protest.

The fans are likely to don the Indian jersey and hold a protest during the first game between India and South Africa to be held in Greenfield Stadium on September 28. Earlier this year, Samson had received backing from the Indian captain Rohit Sharma. Rohit had mentioned the importance and flexibility of Samson in the context of the tournament in Australia.

At that time he had said that Samson was “definitely” being considered for the T20 World Cup later this year. "He is definitely in consideration, which is why he is part of this team. His back-foot play is superb; some of the shots you must have seen during the IPL – the pick-up pull, the cut shots, standing and delivering over the bowler's head. Those kind of shots are not easy to play. I believe when you go to Australia, you need those kind of shot-making ability and Samson definitely has it in him. I just wish him the best and hope that he utilises his potential to the maximum," Rohit had explained.

Fans criticized Rohit and the selectors for omitting Samson from the team that was selected for the international competition since they were not happy with it. While some were merely disappointed, others demanded justice for their local boy. Pakistani player Dinesh Kaneria also called the selection unfair on the wicketkeeper batsman. Rajasthan Royals skipper has only played for India in 16 T20I games since his debut in 2015. Despite doing well time and again, he has found himself sidelined on several occasions. Apart from this, there is not much difference between the Asia Cup and T20 World Cup Team. Avesh Khan, Ravi Bishnoi and Jadeja miss out and in comes Jasprit Bumrah, Harshal Patel and Axar Patel as replacements for Jadeja.