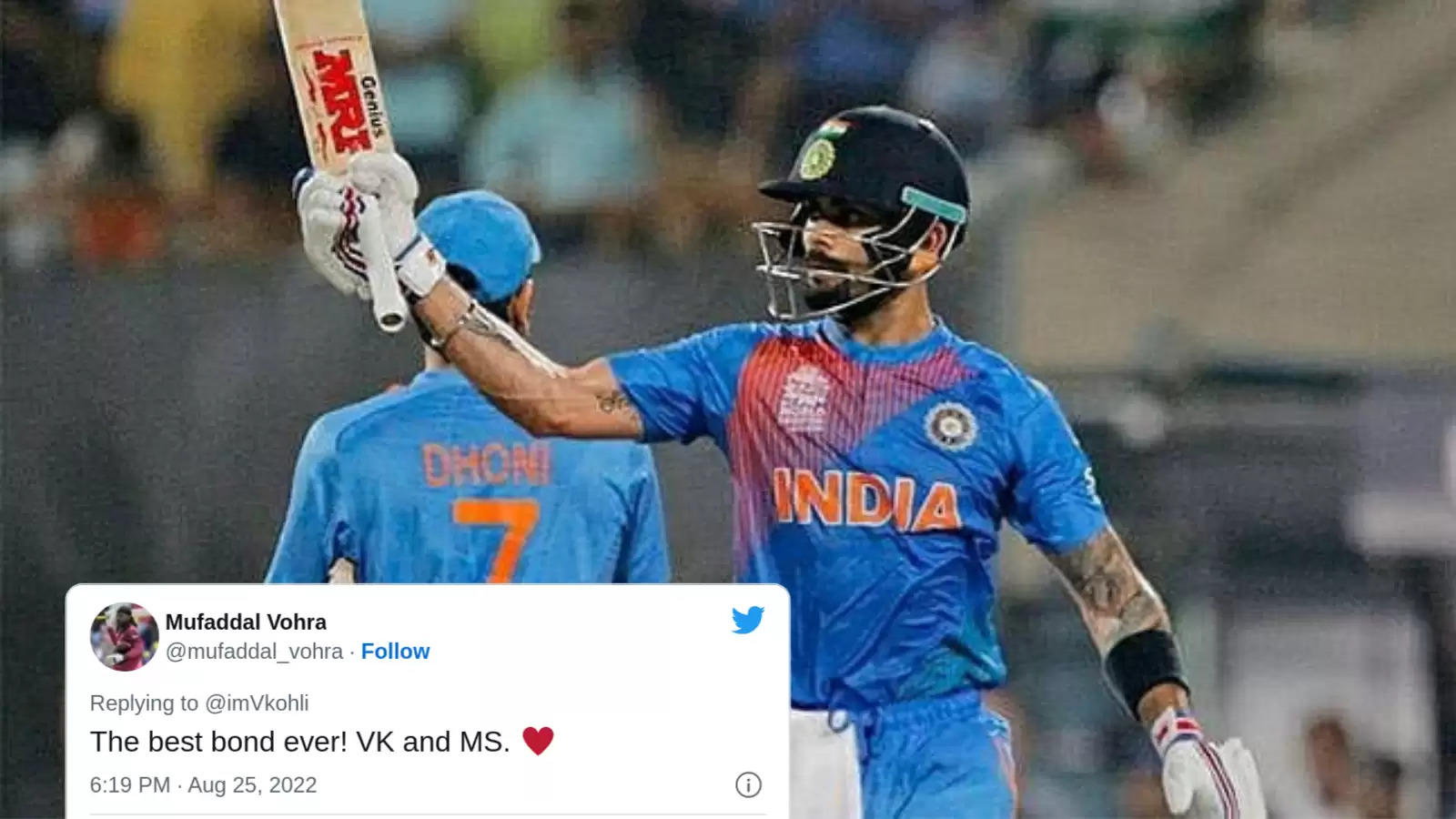 “Our partnerships would always be special to me forever.”

Virat Kohli posted a special tribute for MS Dhoni on Thursday, reminiscing the time he had with India’s 2011 World Cup winning captain during his glittering career. Kohli, who served as Dhoni's full-time deputy between 2012 and 2016, before succeeding him as a full-time Test captain in January 2015 and white-ball skipper in early 2017, termed it as the “most enjoyable and exciting period” of his career.

“Being this man’s trusted deputy was the most enjoyable and exciting period in my career. Our partnerships would always be special to me forever. 7+18 ❤️,” Kohli posted on his social media accounts with a picture of him batting with Dhoni.

The image used is from the T20 World Cup 2016 clash against Australia in Mohali, wherein Kohli scored a masterly unbeaten 82 off 51 to help India chase 161 in a must-win game and romp into the semis. Kohli added an unbroken 67 in 5.1 overs for the fifth wicket with Dhoni, the latter finishing the game with a four downtown in a characteristic manner. "7+18" in the caption represents the jersey numbers of Dhoni (7) and Kohli (18) respectively.

Being this man’s trusted deputy was the most enjoyable and exciting period in my career. Our partnerships would always be special to me forever. 7+18 ❤️ pic.twitter.com/PafGRkMH0Y

Kohli has been vocal about his admiration for Dhoni in the past, and why he loved batting with the former India great.

“Two people I have enjoyed most batting with, well I like to bat with people who run well and understand my calling. So with MS Dhoni for India and AB de Villiers otherwise,” he had told Kevin Pietersen in an informal Instagram chat in 2020.

Kohli is currently gearing up for the Asia Cup 2022 in the UAE, wherein India begin their campaign against arch-rivals Pakistan at the Dubai International Stadium on Sunday, August 28.

You guys taught us to read newspaper from the last 🥺 pic.twitter.com/pNyjodxEyj

Some fans however, speculated a retirement call coming.

Don't give jump scares by randomly posting things at night 😭