Cheteshwar Pujara turned up for County Championship Division 2 side Sussex this year to revive his India career in the longer formats.
By CX Staff Writer Tue, 19 Jul 2022 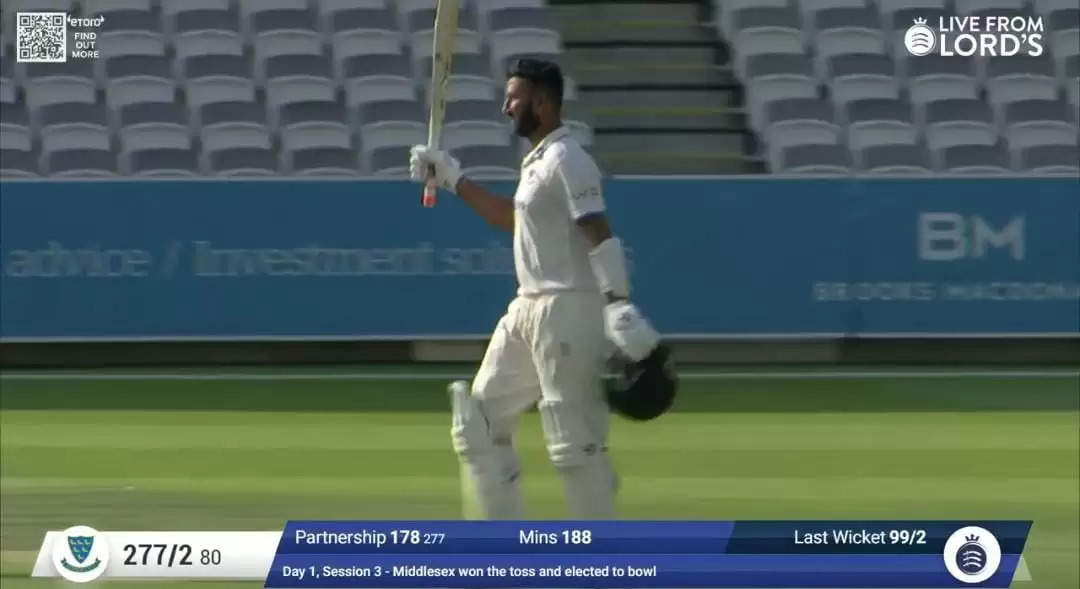 Indian middle-order batter Cheteshwar Pujara smashed his fifth hundred of the 2022 County Championship season on Tuesday. Pujara walked in to bat when Sussex were reduced to 99/2 and took the attack to the opposition.

It is not usual to see Pujara taking on an attacking avatar in the longer formats but the Middlesex bowlers were taken to the cleaners as the 34-year-old brought up his century in just 144 deliveries. Pujara's innings was laced with nine fours and a six.

5th hundred for @cheteshwar1 in the County 2022 for Sussex - The unstoppable Puj in England. pic.twitter.com/0qUNEaKaOn

His recent matches before this one: pic.twitter.com/LJdiHojjkU

The Indian batter also made two double tons before this and an unbeaten 170 as well. Pujara also played in the recent Test match between India and England and played a good knock of 66 in their second innings. His good form in county cricket has helped him to revive his India career as he had been going through a rough patch before this stint.

WATCH: Mohammed Shami celebrates with Cheteshwar Pujara after dismissing him for a duck in India-Leicestershire warm-up

Cheteshwar Pujara: Had I been picked in the IPL, I wouldn't have got game time