Smriti Mandhana sizzled with the bat, while Deepti Sharma and Sneh Rana spun a web with their off-breaks to guide India Women to the cricket final at the Birmingham Commonwealth Games 2022.
By Roshan Gede Sat, 6 Aug 2022 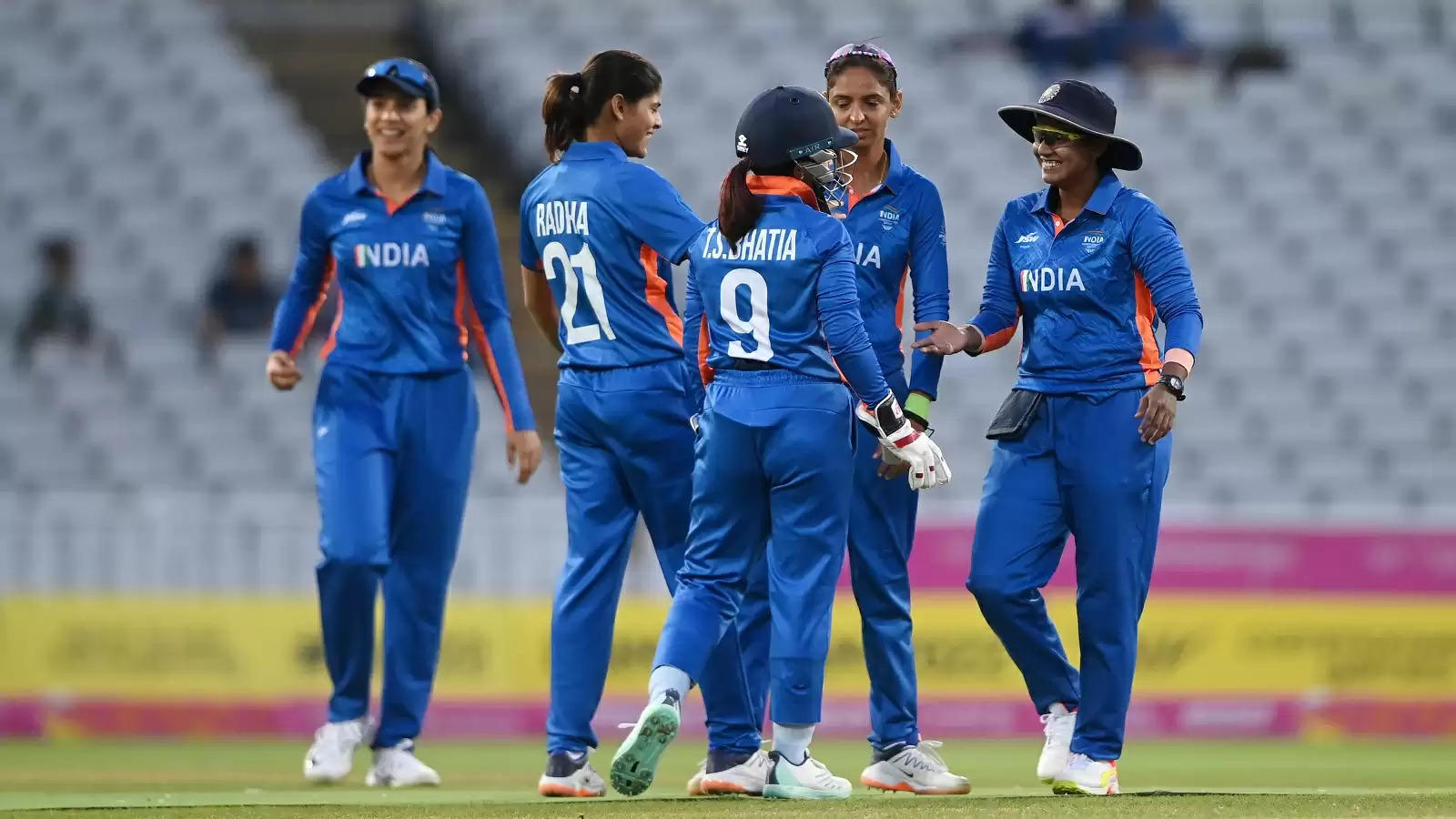 Australia Women will face New Zealand in the second semi-final later in the day.

India Women registered a thrilling four-run win in the first cricket semi-final against England at Edgbaston at the ongoing Birmingham Commonwealth Games 2022, to ensure another silver or a gold in the competition.

Tasked to defend 13 off the final over with just four fielders allowed outside the ring due to the slow over-rate, Sneh Rana held her nerve to concede just three singles, while dismissing Katherine Brunt, and a final-ball six from Sophie Ecclestone wasn’t enough to alter the result.

Sophia Dunkley started off emphatically for England in response to India Women’s 164/5, striking successive fours off the first two balls of the chase from an in-form Renuka Singh. She struck another couple off Meghana Singh in the next over, before being trapped leg-before by Deepti Sharma for 19 on the fifth ball of the third.

Danielle Wyatt took it upon herself to keep the runs flowing, ensuring England stood at a strong 58/1 by the end of the powerplay. Alice Capsey fell short of her crease in an misjudged attempt for a second run, while Wyatt attempted a scoop too many off Rana to see her stumps rattled for 35 off 27.

Amy Jones then joined Nat Sciver in a 54-run fourth-wicket stand, the former’s consecutive fours off Shafali Verma contributing in a 15-run over to bring it down to 33 required off 24.

Deepti followed a quiet one to get it down to 30 off 18, and the mounting pressure resulted in Jones’ runout soon after to bring about another twist. Sciver struggled for timing for a major part, but a timely six off Pooja Vastrakar, followed by fortuitous four leg-byes brought the game back in balance, even though the skipper was runout soon after.

Rana though, was too good on the day to see India through.

Earlier, Smriti Mandhana laid early foundation for a competitive score with a sparkling 61 off 32, getting to her 16th T20I fifty off just 23 balls, after India opted to bat. Mandhana bettered her own record from three years ago, that of the fastest fifty for India Women in the format. It was also the quickest at the ongoing competition thus far, and in any Women’s T20I knockout game.

The left-hander showcased her complete range, striking eight fours and three sixes in her second half-century from four innings, and now leads the run-scoring charts at CWG 2022 with 153 runs at 51.

India scored 64 in the powerplay, Mandhana contributing 51 off those, before Verma and the vice-captain fell in quick succession after a 76-run opening stand. The scoring slowed thereafter, and Harmanpreet Kaur’s dismissal in the 14th over threatened to dent India’s progress. However, they had the skilled and in-form Jemimah Rodrigues, who joined Deepti Sharma in a 53-run stand that would be broken only in the final over of the innings.

Deepti scored 22 off 20, while Rodrigues employed the inside-out stroke to great effect against spin and pace alike, striking seven fours in an unbeaten 44 off 31. 17-year-old all-rounder Freya Kemp was England’s standout bowler on the day, her left-arm seam getting the better of Verma and Harmanpreet in an impressive three-over spell.

Australia Women will face trans-Tasman rivals New Zealand in the second semi-final later in the day. The final and the bronze medal clash will be played on Sunday, August 7.