The Australian left-hander found an amusing means to send a message across to the journalist.
By Kashish Chadha Sun, 10 Jul 2022 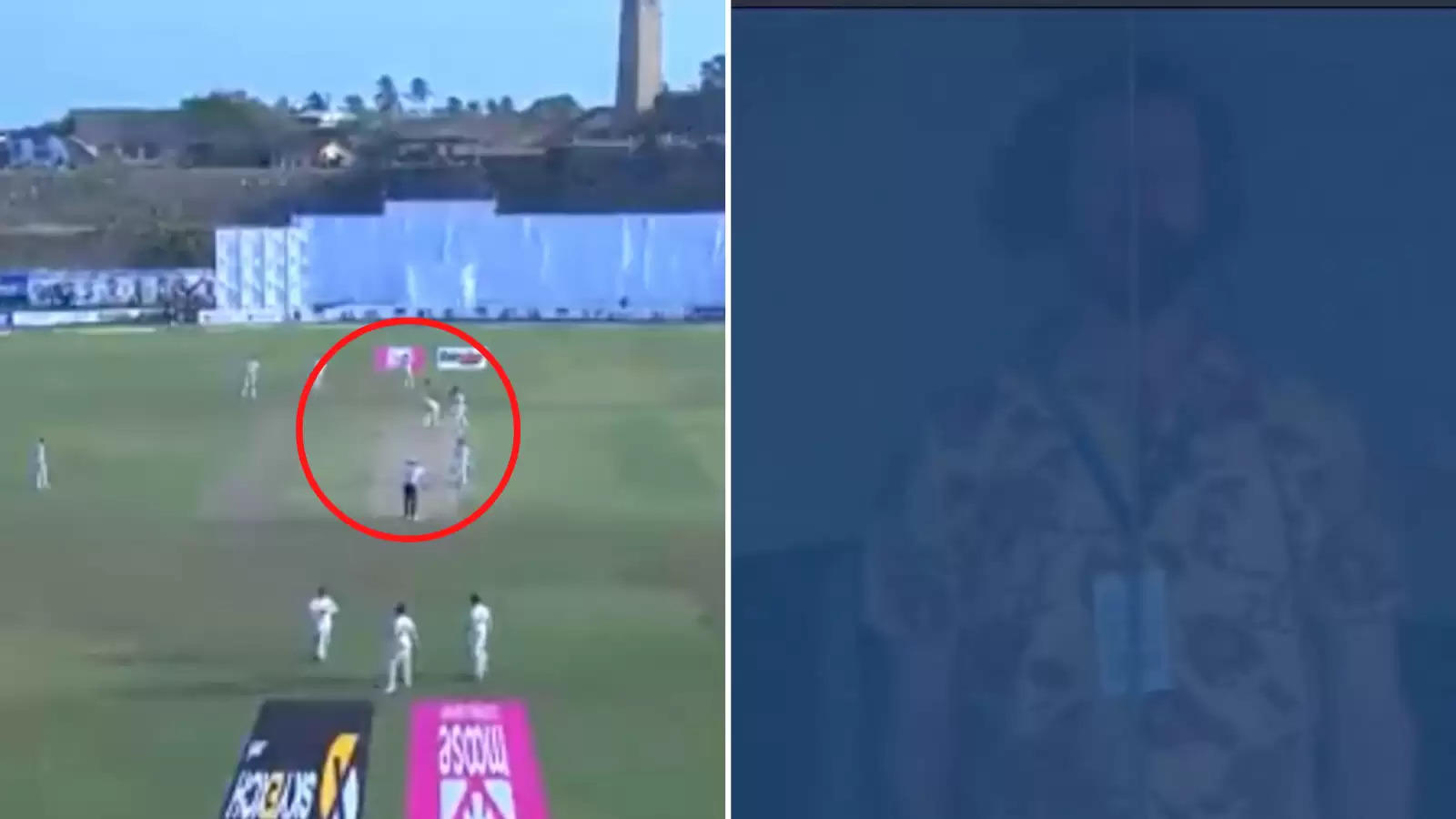 Famous journalist Geoff Lemon had a message coming his way through stump mic from David Warner.

David Warner used a hilarious means to send a message across to a prominent journalist present in the media box during the second Test against Sri Lanka in Galle.

Perturbed by this journalist standing and disturbing the batter's view in the Sri Lankan first-innings on Day 2, Warner used the stump mic to request the broadcasters to tell him to sit down from his position and let the play resume.

The incident happened between overs during the Sri Lankan response to Australia's 364 all out. As the batters went across to exchange strike to resume play from the other end, David Warner went near the stumps and told the Ten Sports broadcasting team to ask journalist Geoff Lemon to sit down in his position.

Lemon perhaps had blocked the batter's view in the previous over by standing in line with his eyes while facing the Australian bowlers.

The funny episode was recorded by famous live cricket director, Hemant Buch, on Twitter. Fans learnt of the incident during the 65th over in the Sri Lankan innings. At the end of the previous over, David Warner took to the stump microphone and communicated to the broadcasting team.

Taking to the mic, Warner told Buch and the rest of the live broadcasting team to tell Lemon to sit down from his position as he was seen on camera standing with earphones on, perhaps not realising that he had blocked the batter's view during the previous over.

Realising it from the close-in position, the experienced Australian batter tried to request the journalist to let the play continue without disturbing the play.

Last evening, @davidwarner31 used our stump microphone to send out a message to @GeoffLemonSport. Not that the message had any impact whatsoever 🙄 #SLvAUS #Galle pic.twitter.com/QUeU9xgktx

Warner need not have passed on the message in the new over since the change of ends had seen Lemon now standing behind the striker's back. But the batter went ahead with his communication, perhaps being prepared for the coming over, gently requesting the journalist to not block the view of the batter.

The incident is one of many unveiling the funny side of Warner, who was seen indulging in various funny interactions and bhangra dancing during the tour of Pakistan earlier in the year.