Virat Kohli was seen performing Bhangra moves while stationed at the boundary, much to the amusement of the Edgbaston crowd during the second England-India T20I on Saturday.
By CX Staff Writer Sun, 10 Jul 2022 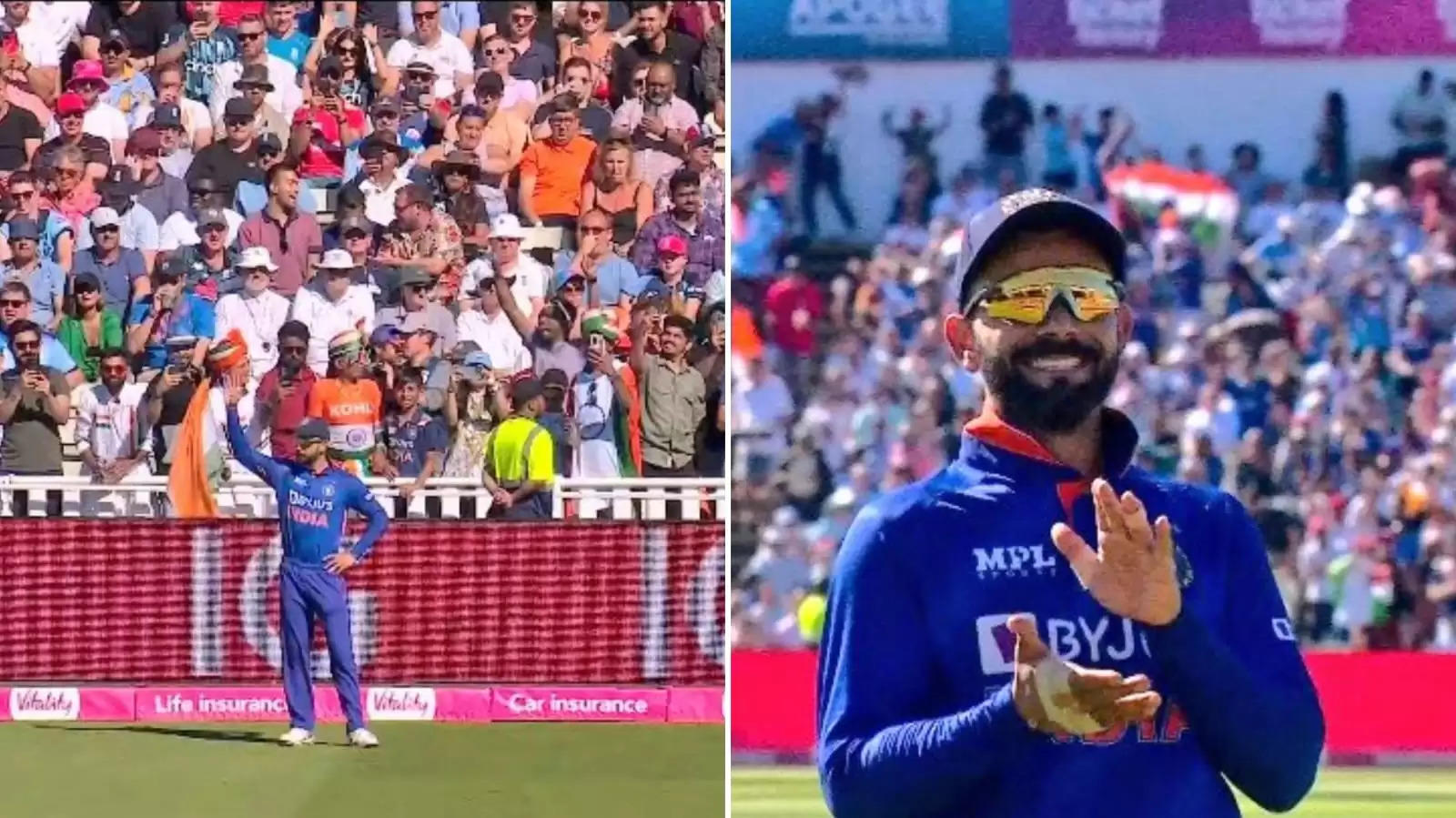 India won the game by 49 runs to seal the series.

Virat Kohli might not have produced the desired results with the bat on his comeback, but the former India captain was joyous as the team was inching towards a series-clinching win at Edgbaston on Thursday.

Stationed at the boundary ropes, with England struggling in their run-chase of 171, Kohli was seen enjoying himself, showcasing Bhangra moves to entertain the crowds in the backdrop. A while later, he took an easy catch running around the mid-off region to send back Richard Gleeson off Bhuvneshwar Kumar’s bowling, with the seamer getting his third wicket of the innings.

India eventually won the game by 49 runs to take an unassailable 2-0 lead in the three-match series:

Earlier, Rohit Sharma and Rishabh Pant got India off to a flyer, adding 49 in 4.5 overs after opting to bat. Both were undone by debutant Gleeson, so too was Kohli, who top-edged a mistimed hoick off the right-arm quick for a single.

England were dented early in the chase, with Bhuvneshwar sending Jason Roy back for a duck on the first ball of the innings, and followed the wicket-maiden with Jos Buttler’s scalp in his next. Jasprit Bumrah had Liam Livingstone undone by a brilliant off-cutter as England slumped to 27/3, never threatening India thereafter. Moeen Ali (35 off 21) and David Willey (33* off 22) were the only notable contributors as the hosts bundled out for 121 in 17 overs.

Bhuvneshwar, who returned 3/15 from three overs was named the Player of the Match.

India had won the series opener by 50 runs in Southampton on Thursday. The third and final T20I will be played at Trent Bridge, Nottingham, on Sunday, July 10.