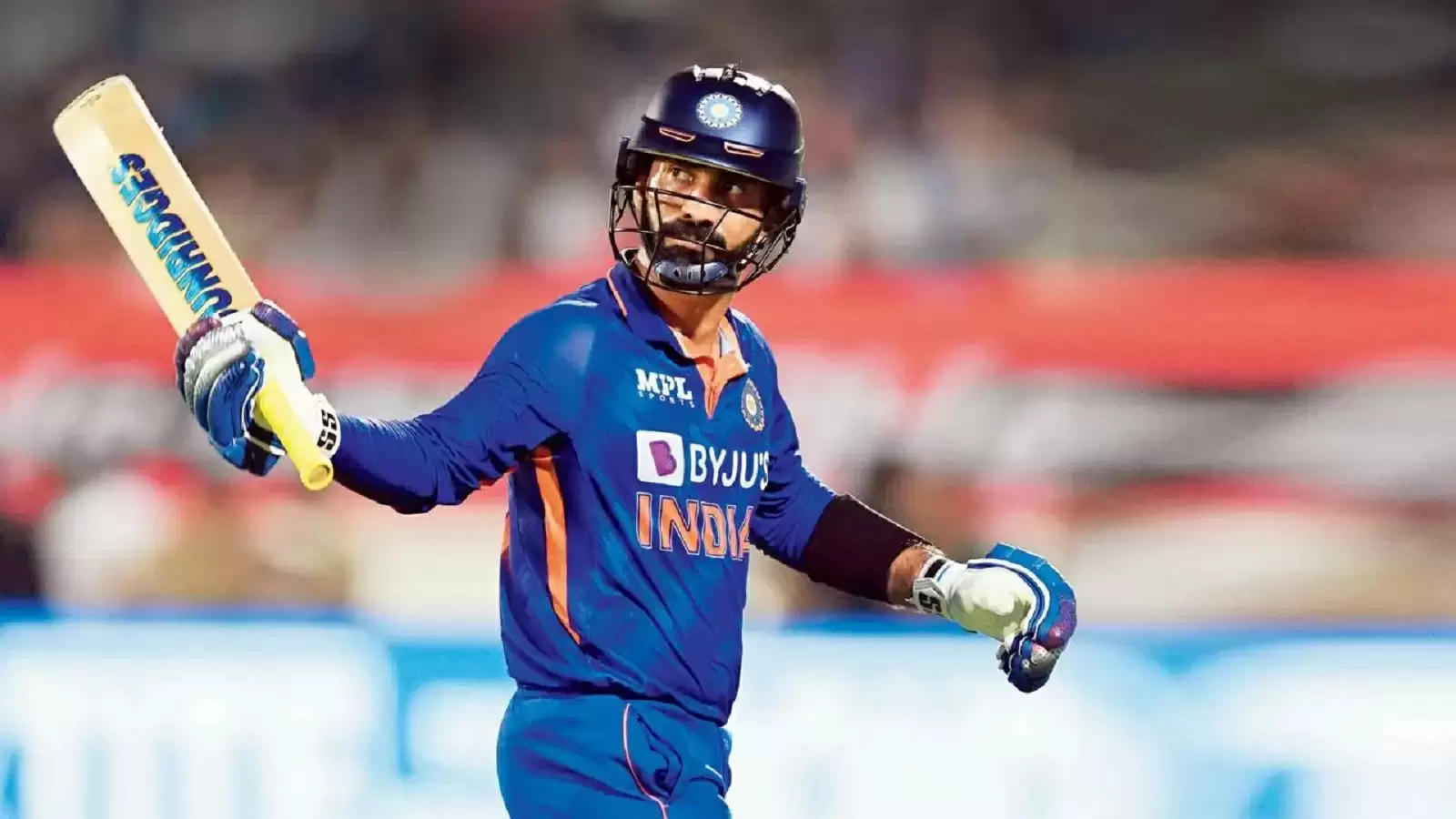 Karthik has been in supreme T20 form in recent times.

Following a brilliant IPL season with the Royal Challengers Bangalore earlier this year, and his exploits for the Indian team thereafter whenever the opportunity presented itself, Dinesh Karthik now finds his name in India’s T20 World Cup 2022 squad.

It is noteworthy that Karthik is one of the only two cricketers from the current squad to have also featured in India’s victorious 2007 campaign under MS Dhoni, skipper Rohit Sharma being the other. The 37-year-old posted a heartfelt message on Twitter following his inclusion.

Karthik was a key member in Royal Challengers Bangalore’s run to the IPL 2022 playoffs earlier this year, aggregating 330 runs at 55, while maintaining an excellent strike-rate of 183.33. He made the finishing role his own, and the consistent performances helped him make a comeback to the Indian team for the first time since the 2019 World Cup in England.

In the limited opportunities he got, Karthik delivered two match-winning performances for India since his comeback - 55 off 27 against South Africa in Rajkot and 41* off 19 against the West Indies in Trinidad.

Karthik was the Player of trhe Match in India's first ever T20I - against South Africa in Johannesburg in December 2006 - wherein he had scored an unbeaten 31 in a six-wicket win. Overall, he has aggregated 592 T20I runs at 28.19 and a strike-rate of 140 till date.

Karthik is one of the three wicket-keeping options in India’s T20 World Cup squad, alongside Rishabh Pant and KL Rahul.