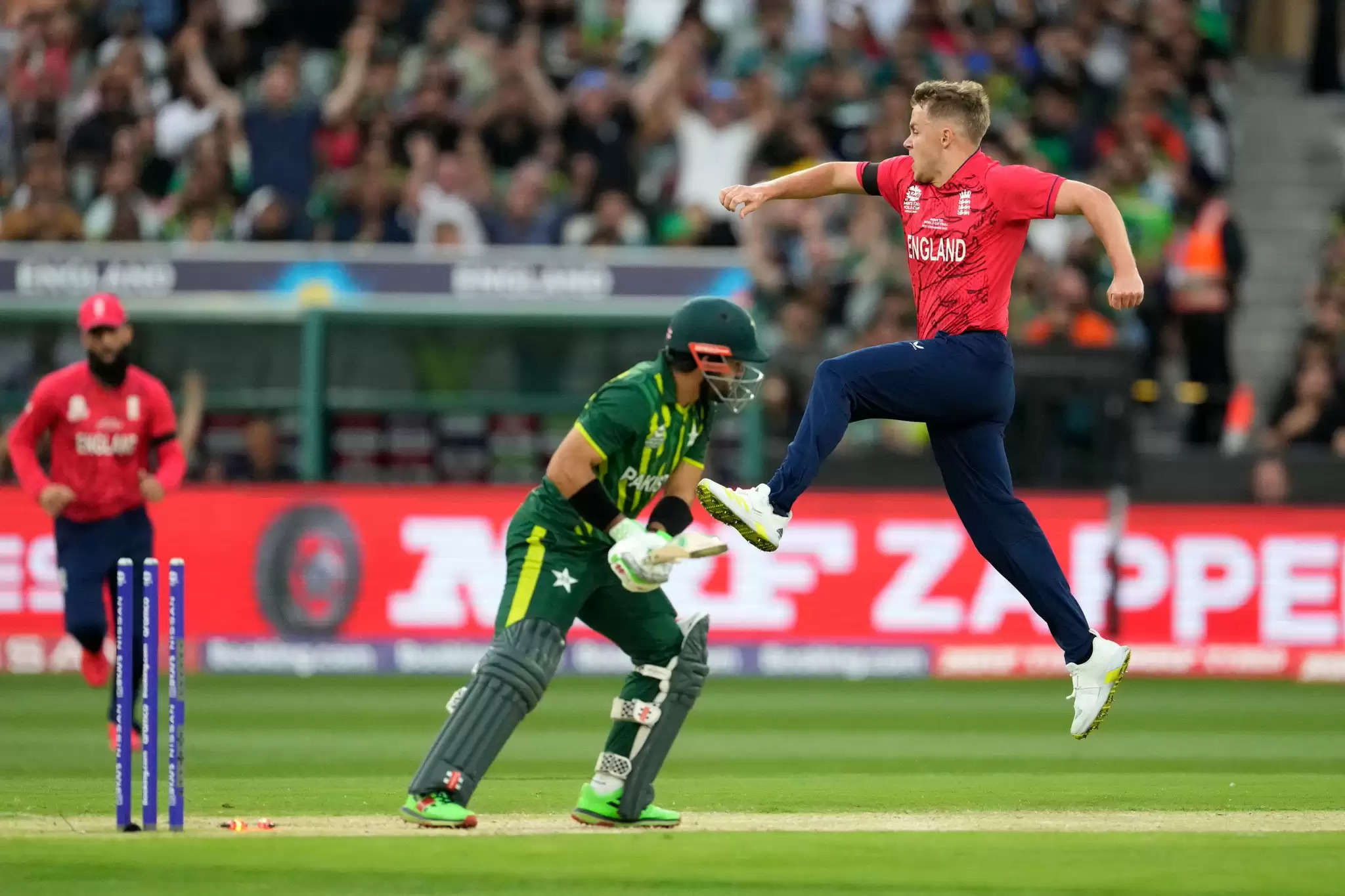 England played their cards brilliantly with the ball to keep Pakistan down to a modest 137/8 in the T20 World Cup 2022 final against Pakistan at the MCG on Sunday (November 13).

The three lions made excellent use of their multiple bowling resources to counter Pakistan's unpredictable but equally vulnerable batting unit on a spongy, two-paced surface.

The 2009 champions had their weaker suit coming to the fore on the biggest night of the competition and kept Pakistan down to a score well below par even for what were slightly tricky conditions to bat on with the rain around.

Young left-arm seamer Sam Curran continued his great run for the tournament, finishing with spectacular figures of 3 for 12 off 4 overs. Lead spinner Adil Rashid was another one to provide England leash on run-scoring and also critical breakthroughs in a spell of 2 for 22.

With Curran-Rashid dominating at their end, the rest of England's bowling attack earned breathing space and went through their task comfortably in what was an allround display with the ball in hand.

Pakistan's familiar problems in this T20 World Cup came back to haunt them. After promising a return to their best in the semifinal versus New Zealand, the opening pair of Babar Azam and Mohammad Rizwan failed with the bat once again. Rizwan made 15 off 14, while Babar huffed and puffed his way to 32 off 28 balls.

That meant pressure on the rest of the pack to deliver the goods without much time in to settle at the crease, which subsequently led to a flurry of wickets for England.

Only Shan Masood with a healthy knock of 38 off 28 could cope with the situation that Pakistan would have been wary of once the Rizwan-Babar duo couldn't give them the required foundation at the top of the order.

Pakistan fightback but England march on

In the run-chase, Pakistan came roaring back into the contest inside the powerplay, using their pace battery to make England's task significantly tough despite an indifferent score to defend. Shaheen Afridi got the new ball talking once again and dismissed Alex Hales (1) with a peach of an inswinger in the very first over before Haris Rauf got Phil Salt (10) catching at short mid-wicket.

But perhaps the most important breakthrough to arrive at the Pakistani doorsteps was that of England skipper Jos Buttler, who looked like taking the game away from the opposition in a 17-ball 26 before being undone by a serious outswinger from Rauf. Buttler's wicket reduced England to 45/3 and turned the game on its head.

Pakistan controlled the middle-overs beautifully, not allowing England to rebuild at a high-range tempo, which kept England on the hook. Young Harry Brook (20) tried to break the shackles but wasn't able to. He was eventually dismissed by wristspinner Shadab Khan.

Brook's wicket put the pressure on premier allrounder Ben Stokes, who played a measured knock at his end to keep England afloat in the contest even as Pakistan reverted all the pressure on the opposition. While he operated well below run-a-ball, Stokes struck timely boundaries and avoided heavy risk-taking to ensure Pakistan couldn't build the desired inroads.

Stokes unleashed himself at the right moment, hitting Shadab for a four and a six to ease up England's task with them needing 40 off 26 at that point. Those two shots, one could sense, tilted the scales decisively in England's favour. From there, Moeen Ali piled on Pakistan's misery with a quickfire cameo that gave England one hand on the trophy.

The three lions coasted home after that, with Stokes, England's 2019 World Cup final hero, rising on the big stage once again.