The former Sri Lankan off-spinner was up for critical remarks from fans over social media after his mishaps in Galle.
By Kashish Chadha Sun, 10 Jul 2022 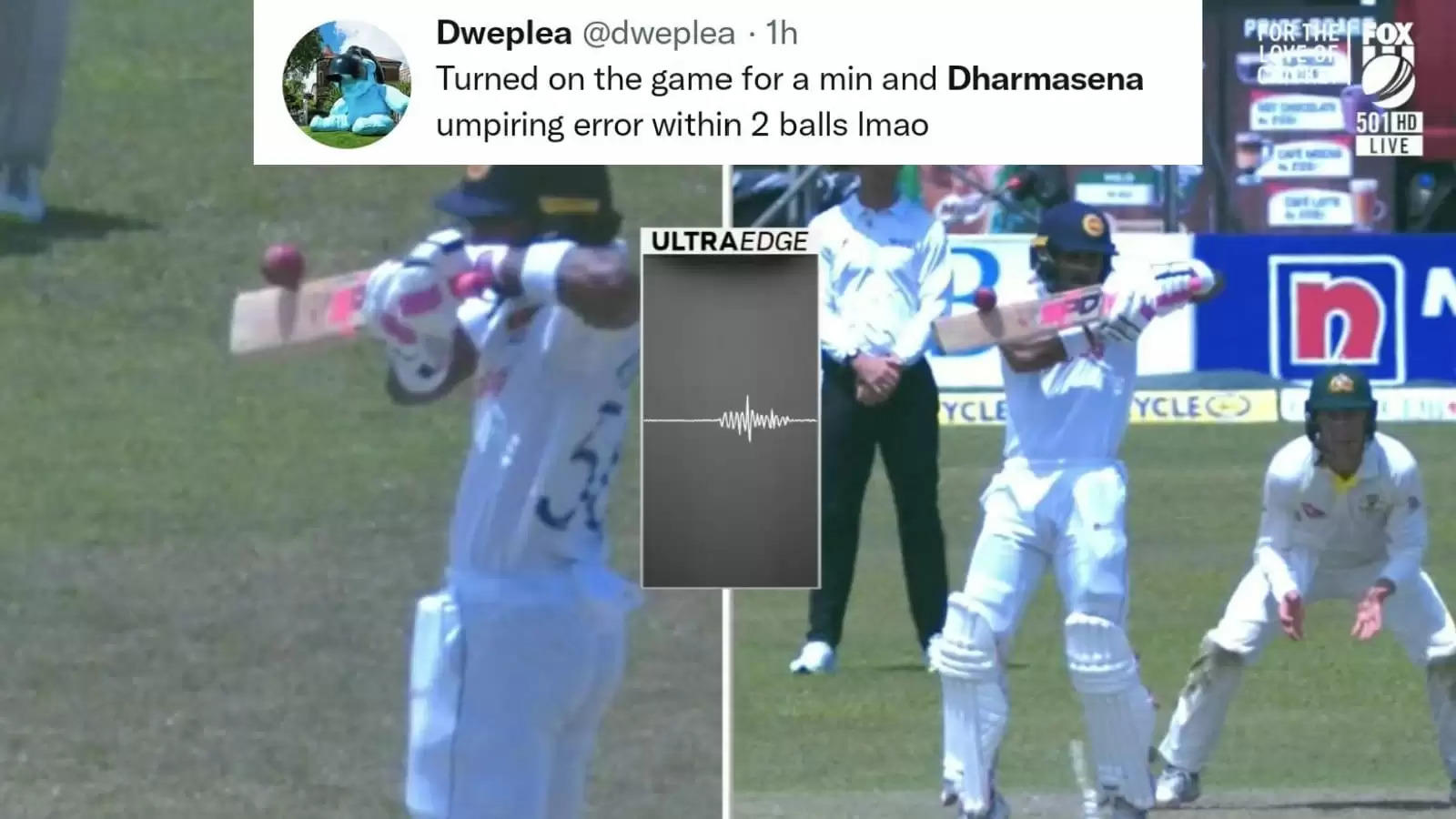 Kumar Dharmasena made various questionable decisions in the second Test of the Sri Lanka-Australia series.

Sri Lankan umpire Kumar Dharamsena faced criticism from fans all over social media for some of the questionable decisions made by the ICC Elite Panel official during the second Test in Galle between the hosts and Australia.

That pain and ecstasy would've turned peaked when Dharamsena's incorrect judgment of a caught-behind decision allowed the Sri Lankan batter Dinesh Chandimal to continue his innings despite a definite nick.

A delivery from Mitchell Starc rose up outside the right-hander's off-stump, making up shape up to play a square cut. But the ball from the left-arm seamer kept rising and ended up taking the edge off Chandimal's bat on its way to wicketkeeper Alex Carey.

That should've been a straightforward call for Dharamsena, but the former Sri Lankan off-spinner gave it not out. The shocker would've been overturned on the review by Australia but the visitors had their hands cuffed since they had already lost all their reviews.

Fans after Kumar Dharamsena for incorrect calls in Galle Test

The Chandimal mishap from Kumar Dharamsena was seen near the conclusion of the 93rd over in the Sri Lankan first-innings. Facing Starc, the former home team skipper flashed at a ball outside the off-stump but ended up missing it.

Immediately, Starc, Carey and the rest of the Australian fielding unit erupted in a loud appeal for the potential breakthrough. The Aussies were convinced they had heard something off the right-hander's willow and went ahead with their shout. But Dharamsena stood there unmoved.

The Aussies had already conceded all their reviews and were left helpless and anguished when a close-in replay of the incident confirmed that Chandimal had indeed got a faint nick on Starc's delivery outside off.

This added fuel to the fire burning inside fans' minds for Kumar Dharamsena and they flooded Twitter with remarks of criticism and trolling for the ICC Elite Panel Umpire.

This is how they reacted:

Why exactly are there still home umpires again despite having two neutral ones present at the venue? https://t.co/rxxX57KVN1

his umpiring skills are actually curse for so many https://t.co/yGJC9SbzPP

You can easily guess the umpire who gave this not out 😂😭 https://t.co/K07uDo7Pc3


That's not an edge. He SMASHED it. 😅#DhaRmaSena https://t.co/ajupGLNWo0


This is now officially 11 players vs whole countryhttps://t.co/WyOuJqYXQ5


What aggravated fans' disappointment is the fact that it wasn't the first time Kumar Dharmasena had faltered with his decision-making. The umpire infamously declared England beneficiary of six runs following a rebound off the bat of Ben Stokes in the 2019 World Cup final when the law would've limit New Zealand's damage down to only five runs. England eventually won the game on the now disbanded boundary count law following successive ties.
null
From around the web
Weekly Trending