'In case Virat Kohli plays 5 or 6 years more, he will get to the 100 hundreds' - Sunil Gavaskar

The legendary Indian batter believes the modern-day giant is on his way to breaking Master Blaster Sachin Tendulkar's feat if he can be around till 40.
By Kashish Chadha Mon, 16 Jan 2023 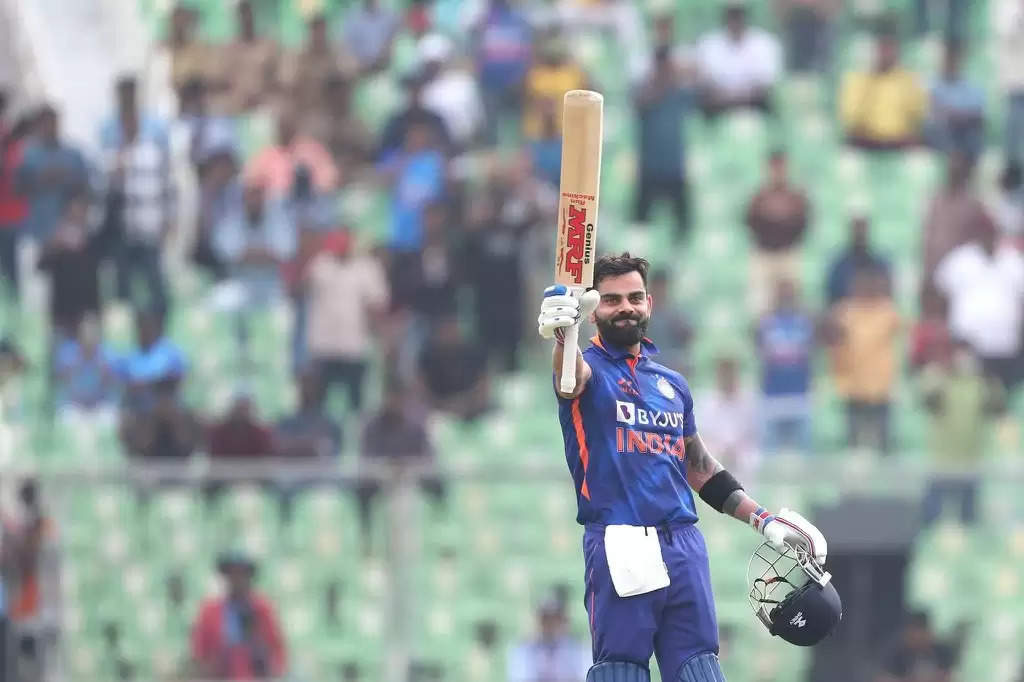 Sunil Gavaskar believes the recent string of one-day centuries which Virat Kohli has smashed signals the second peak of the great batter's career and he is now on his way to breaking Master Blaster Sachin Tendulkar's unmatched 100 centuries record.

The legendary former India batting linchpin reckons the modern-day giant could well cross Tendulkar's centuries tally if he could be around for another "5-6 years" at the top level. Gavaskar's comments came after Kohli blasted his way to 166 off just 110 deliveries in the third ODI of the series against Sri Lanka in Thiruvananthapuram on Sunday (January 15).

It was Kohli's second hundred of the series and his third in ODIs from the last four innings. With it, the Indian No.3 took his centuries tally in international cricket to 74 at the age of 34 - 26 away from matching Tendulkar.

But Gavaskar opined if Virat Kohli can extend his career till he clocks 40, he can surpass the legendary Tendulkar and be the first player ever at the highest level to get more than 100 international hundreds.

Gavaskar's belief on Kohli's game and the likelihood of him breaking Tendulkar's feat comes from the fitness standards he has seen the great batter maintain over the years, in that he is perhaps the fittest 34-year-old cricketer in the world. Kohli's physical appearance belies his age, where he can give cricketers 10 years younger a run for their money in terms of fitness and athleticism on the outfield.

"Sachin Tendulkar also played till his 40s and he had kept his fitness. Kohli is very aware of his fitness. He is still the fastest runner between wickets in this Indian team. Only when MSD was there, you could say, MS Dhoni was as quick, if not quicker."

"Today, at this age, he beats the youngsters hands down. Converting 1s into 2s, and 2s into 3s, he is an absolute champion at that. And not just his runs, but for his partners as well. So with that kind of fitness, for him to play till 40 would not be a surprise at all," Gavaskar added.